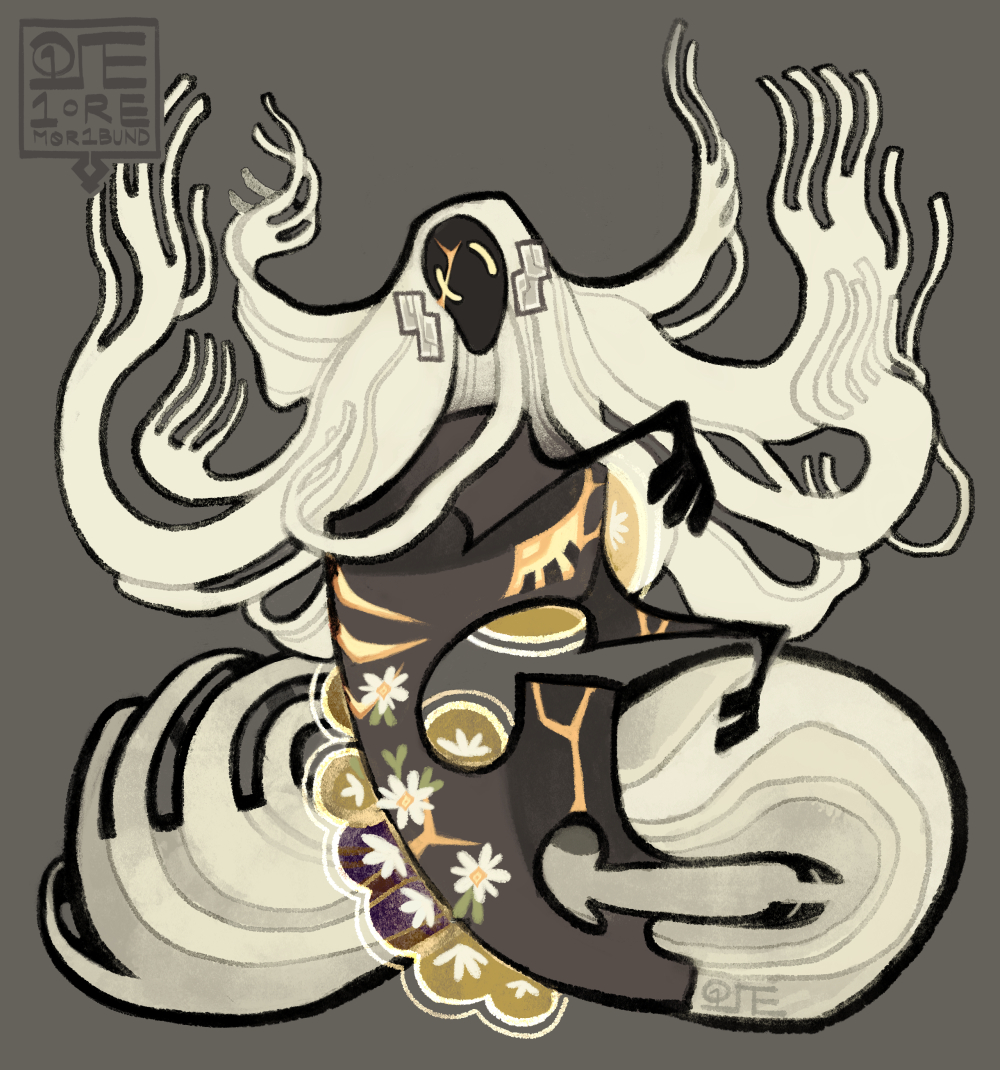 The Tower’s enormous mane isn’t just for looks (though he does spend an exorbitant amount of time paying attention to personal grooming.)

In fact, his hair is like an extra set of hands, which he uses to manipulate objects and to gesture conversationally. It’s not uncommon to find him with heaps of clutter wrapped up in his hair, as he dashes this way and that to do his daily chores.

The Tower likes to feel useful, so he readily shares his keen mastery of telekinesis with other ghosts. He'll help with almost any task that requires a delicate hand, when asked. Still, there are things that even he can’t seem to get a hold of. His enchantment should not be used to do things that are too anthropomorphic, such as competently playing music or writing legible notes.