This character is no longer canon, per the circumstances outlined here.

This tracker remains for archival purposes. 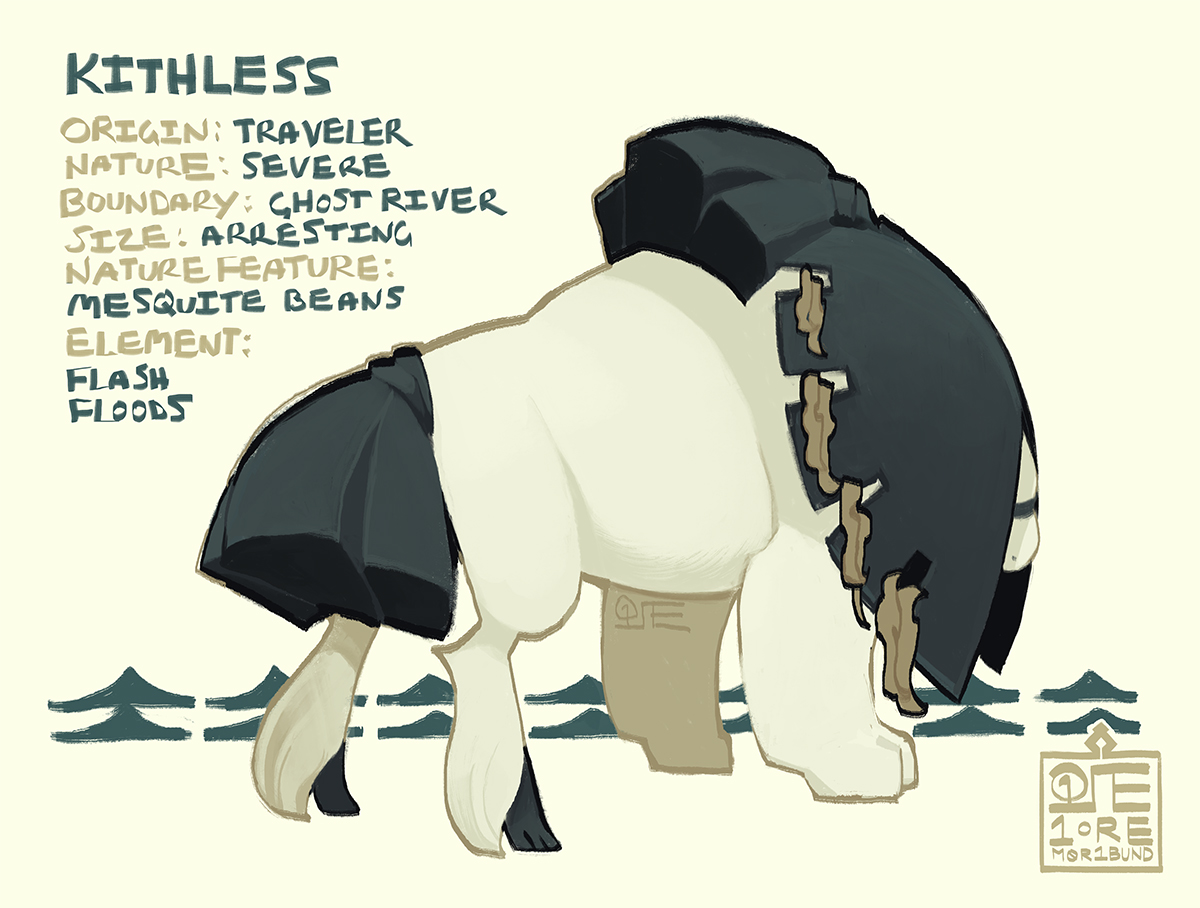 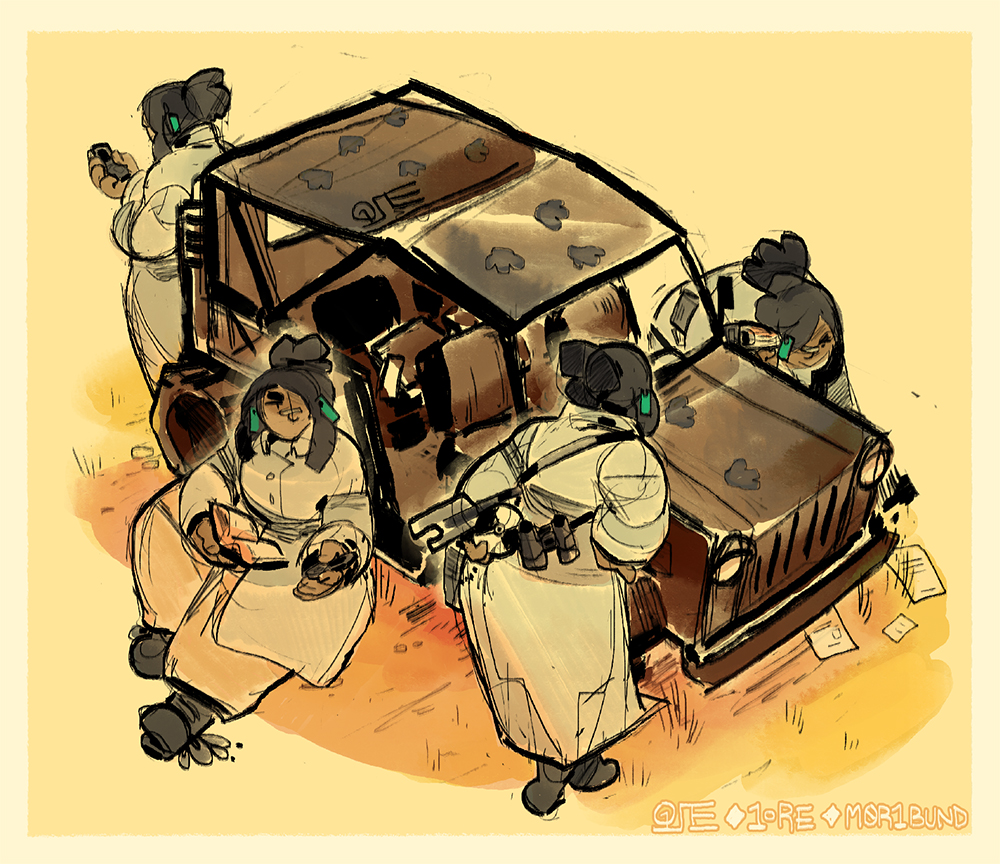 You came all this way just to ask me about her? You need to go. Right now.

Kithless was a hydrologist living out of the Salt River Valley, sometime during the early 2000's.

She is a markedly sober esk in that she remembers her life's work with great clarity. But her memory can't discriminate, because work was really all she knew; Kith had few friends to speak of, and only a passing relationship with her family. She would throw herself into her research in staunch isolation, while her stolid, brusque demeanor pushed away many of her coworkers. Most people considered her a hard-ass. Fewer considered her a friend, and fewer still noticed when she went missing.

It is very difficult for Kith to continue her studies as an esk. She intended to lose herself so hopelessly that she would never return, and so the memory of her previous life has become something of an old and tired ache for her. Instead, she's found new purpose as a Warden of her haunt; Her bond with the Salt River watershed is freedom, whole and unbridled. She warmed up quickly to becoming the law of the land, when she realized she no longer abides by the red tape that tied her down in life.

The land is fond of her. Those who would harm it have a healthy fear of her. It's a perfectly stiff, professional relationship, and she likes to keep it that way.

Kith is impassive around stranger esk. She will help those who need it, and will answer questions about her boundary in a few curt words, but she does not seek companionship. She neither objects to nor invites these interactions-- Although she may purposefully run them into the ground in order to get out of them. Coexisting in silence seems to be the most comfortable form of companionship to her, but it is difficult to say if she prefers this over isolation.

Kith is protective of researchers within the Agua Fria National Monument. She feels a powerful sense of responsibility for them.

So far as anybody can tell, Kith is not on speaking terms with the esk Dia. Mentioning the woman around her can and will damage Kith's opinion of a person. (She refuses to talk about her, anyway.) Meetings between the two esk are unpredictable-- some end rather benignly, others with a cryptic exchange of harsh words, and others yet with a mighty clash that shakes their shared boundary. That Dia transformed Kith is not a detail that either esk will volunteer.

Kith is intolerant of those who seek to harm her boundary and its inhabitants. She shows little mercy in running them off.

(This list is incomplete! If you have used Kith as a character in your stories, just let me know and I can add a little blurb.) 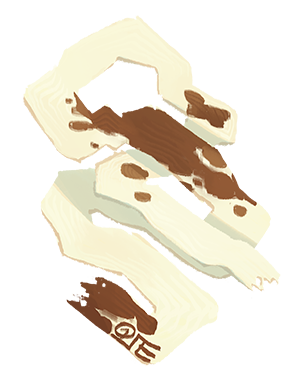 (Does not give accessory bonus)

Kithless can be freely used as a character in your own stories. I've written a little bit about her personality here, but I encourage folks to spin their own yarns about her, and to explore the dynamics most interesting to them. Kith is notoriously stolid, but may have a somewhat gentle, sad, or even angry energy about her... She is new to being an esk, and has not yet made a name for herself.

Kith cannot be used as a creator esk at this time. As her story unfolds, this is subject to change... 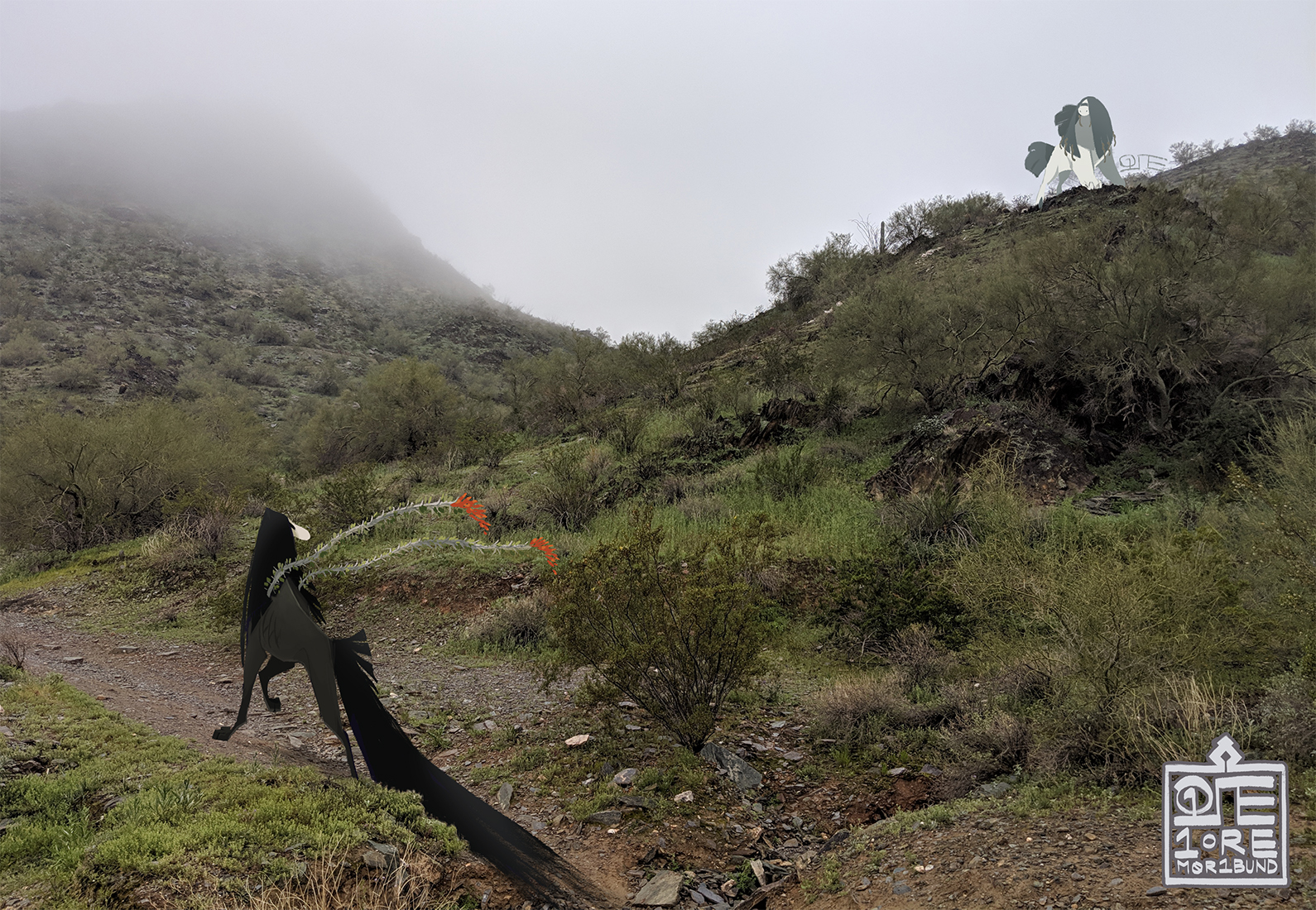