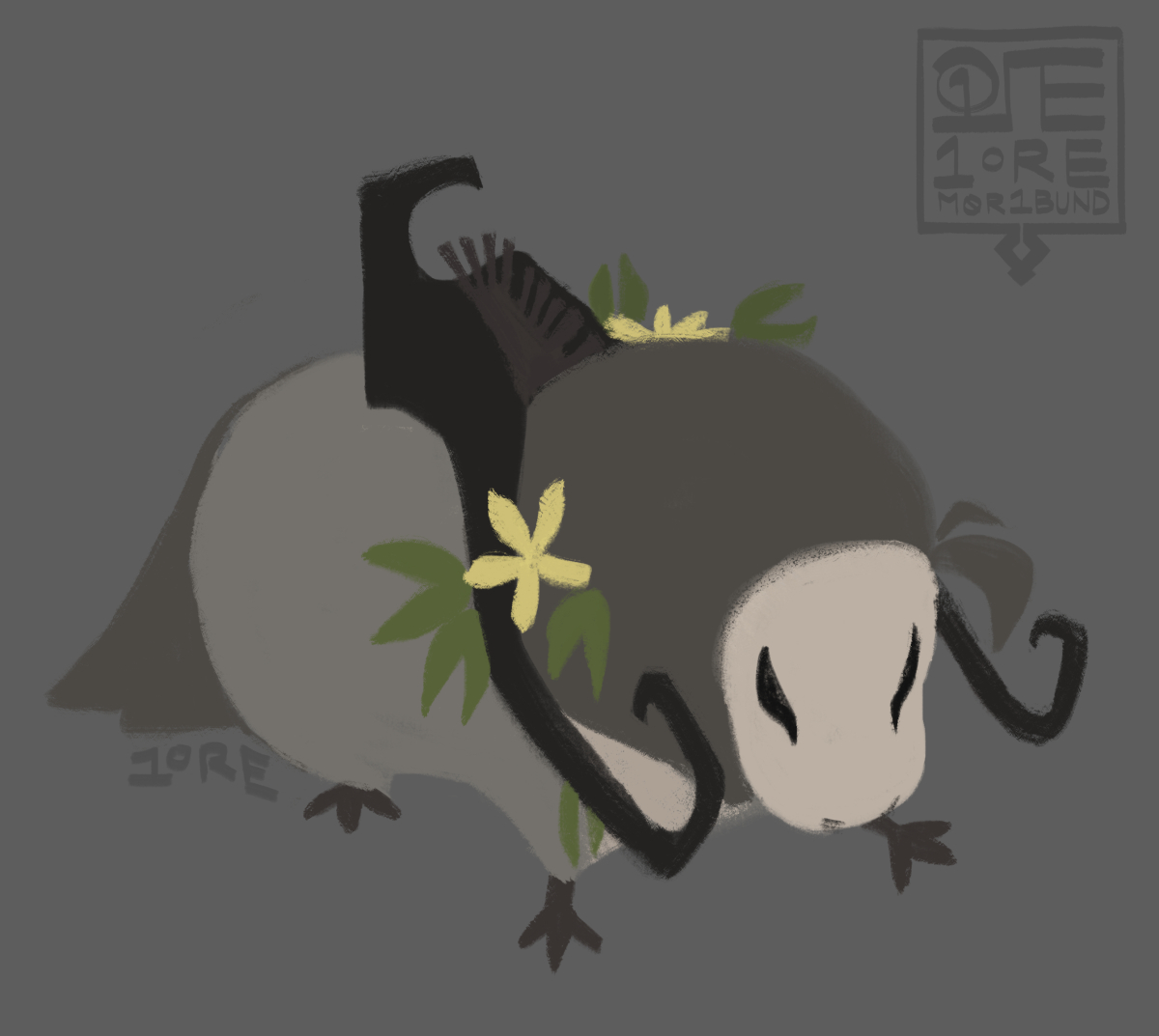 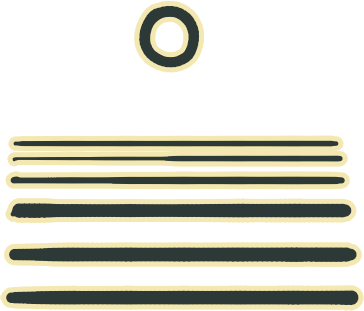 Dango is the “grumpy” one. He’s ornery and mistrustful by nature, but it’s not his fault that everyone around him is too big, too loud, and too nosy.

He prefers to keep to himself and go about his own business: napping in the shade, stashing away seeds, burrowing in the cholla, chasing wrens from his turf... Dango leads a solitary life, and that’s just how he likes it.

What he doesn’t like is other esk intruding in his day. Though Dango sometimes makes a big fuss, rumbling and posturing at those who bother him, most ghosts just get the silent treatment. It helps that he’s stubborn as a rock, too– easy to bother, but difficult to provoke. He is tolerant only of those who respect his space and know how to keep their mouths shut. Even then, he will choose alone time over quiet companionship, most of the time… Most of the time. 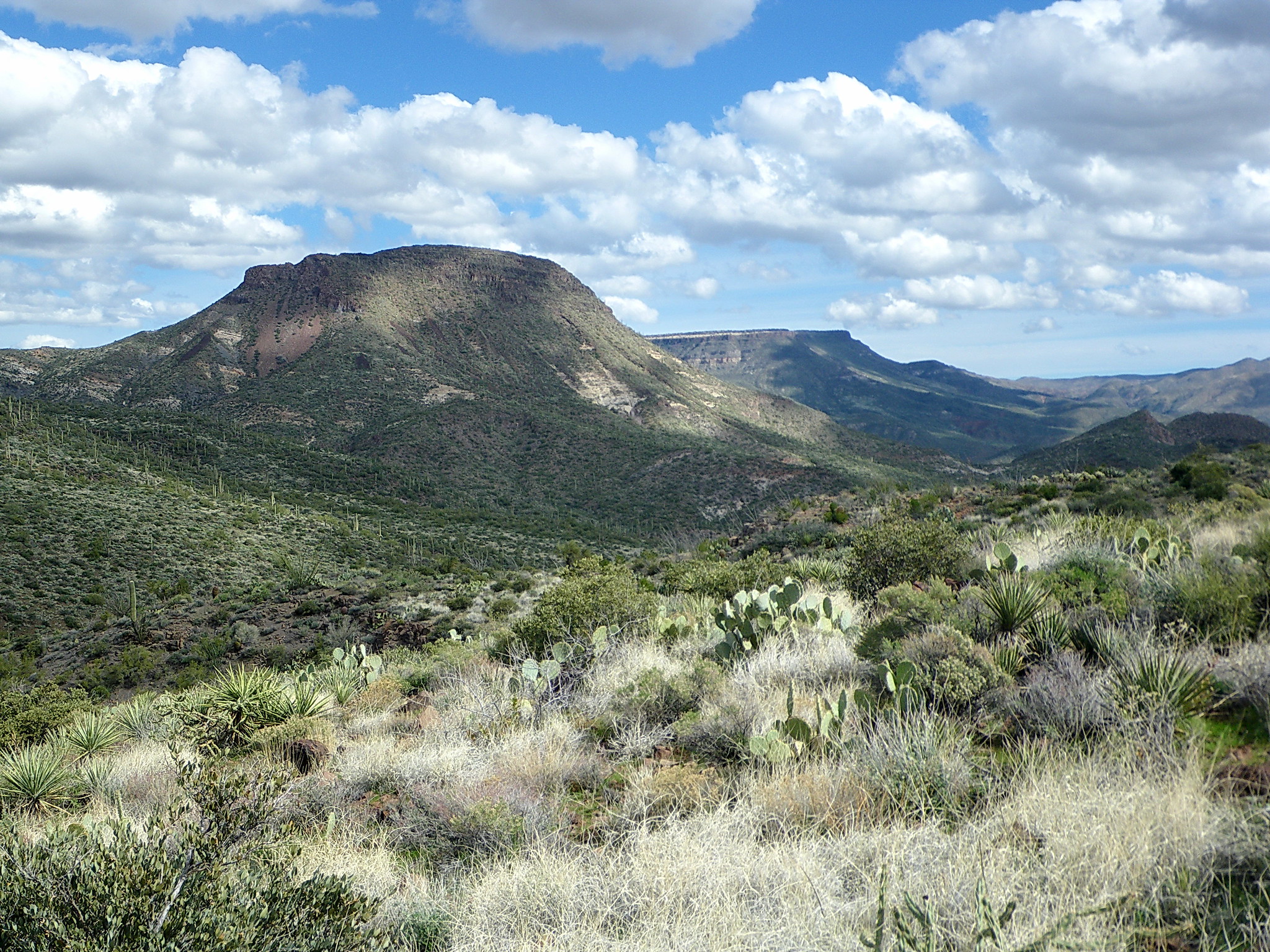 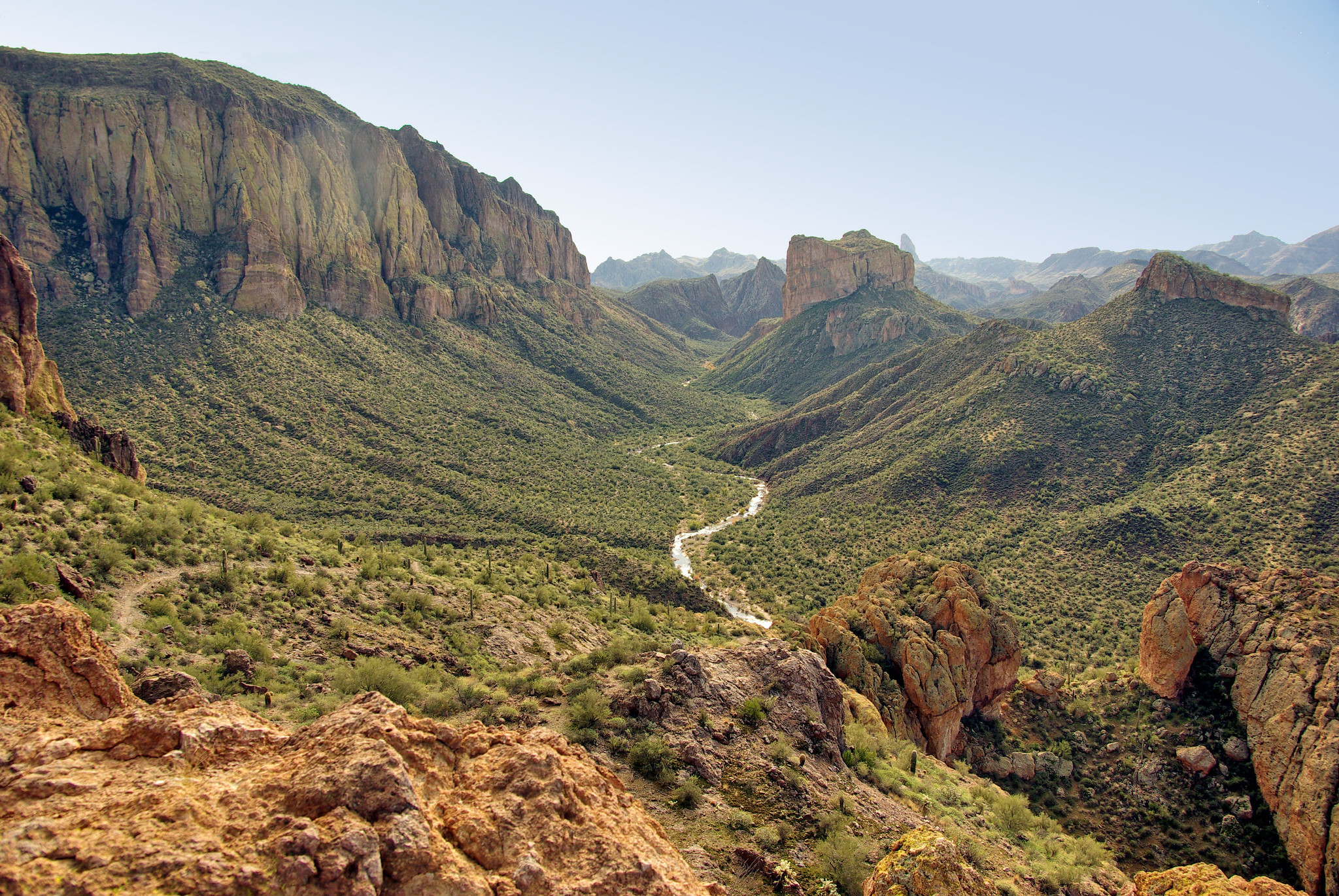 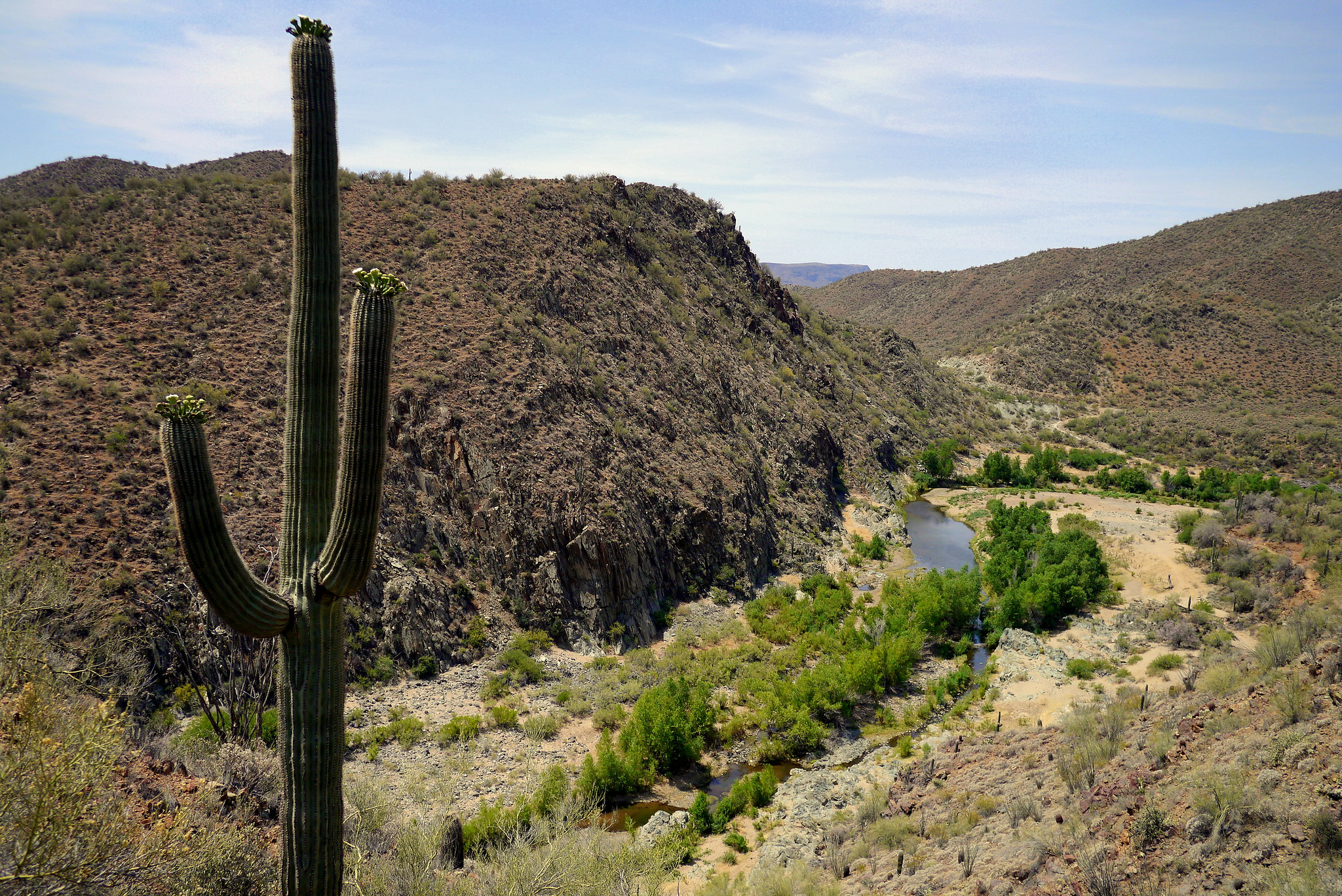 The Sonoran Desert is characterized by its lush, subtropical desert ecology, which is diverse in species, landscapes, and peoples. The Arizona Uplands are a relatively cool and moist subdivision of the desert, a high-altitude fringe that borders neighboring grasslands, pinyon-juniper woodlands, and other montane communities.

Some say this region actually resembles thornscrub–the grey area between desert and tropical deciduous forest–more than it does a true desert. The tropical heritage of the Sonoran Desert is written plainly in its assembly of plants and animals, many of which trace their ancestry to the seasonally moist forests that would have lived here in the Eocene and early Miocene. Aptly described by biologist Thomas R. Van Devender:

Thornscrub could [...] be called the “mother” of the Sonoran Desert, and tropical deciduous forest its “grandmother” or “great aunt!”

Standing at the gateway of South and Central America to North America, the desert is home to great human diversity as well. In fact, its long history of human stewardship is closely linked with some of the desert's most stunning examples of biodiversity. A’al Waipia (Quitobaquito springs) and Ki:towak are two oases on the U.S.-Mexico border that have been managed by the O’odham and their predecessors since time out of mind. As ethnobotanist Gary Paul Nabhan puts it:

Quitobaquito is naturally diverse, but its diversity has also been enhanced rather than permanently harmed by centuries of human occupation. Prehistoric Hohokam and Patayan, historic Tohono O'odham, Hia c-ed O'odham, Apache, Cucupa, and Pai Pai visited Quitobaquito for food and drink long before European missionaries first arrived there in 1698. Since that time, a stream of residents from O'odham, Mexican, Jewish, and Mormon families have excavated ponds and irrigation ditches, transplanting shade and fruit trees alongside them. They intentionally introduced useful plants, and accidentally brought along weedy camp-followers, adding some fifty plant species to Quitobaquito over the centuries. Native birds and mammals have also been affected by human presence there, and some increased in number during the days of O'odham farming downstream from the springs. All in all, Quitobaquito's history demonstrates that the desert's cultural diversity has not necessarily been antithetical to its biological diversity; the two are historically intertwined.

From the canals of the Hohokam, to the dryland farms of the O’odham, to the wild stands of domesticated agave left behind by the Sobaipuri, a very human story is written in the environmental story of the Sonoran Desert. 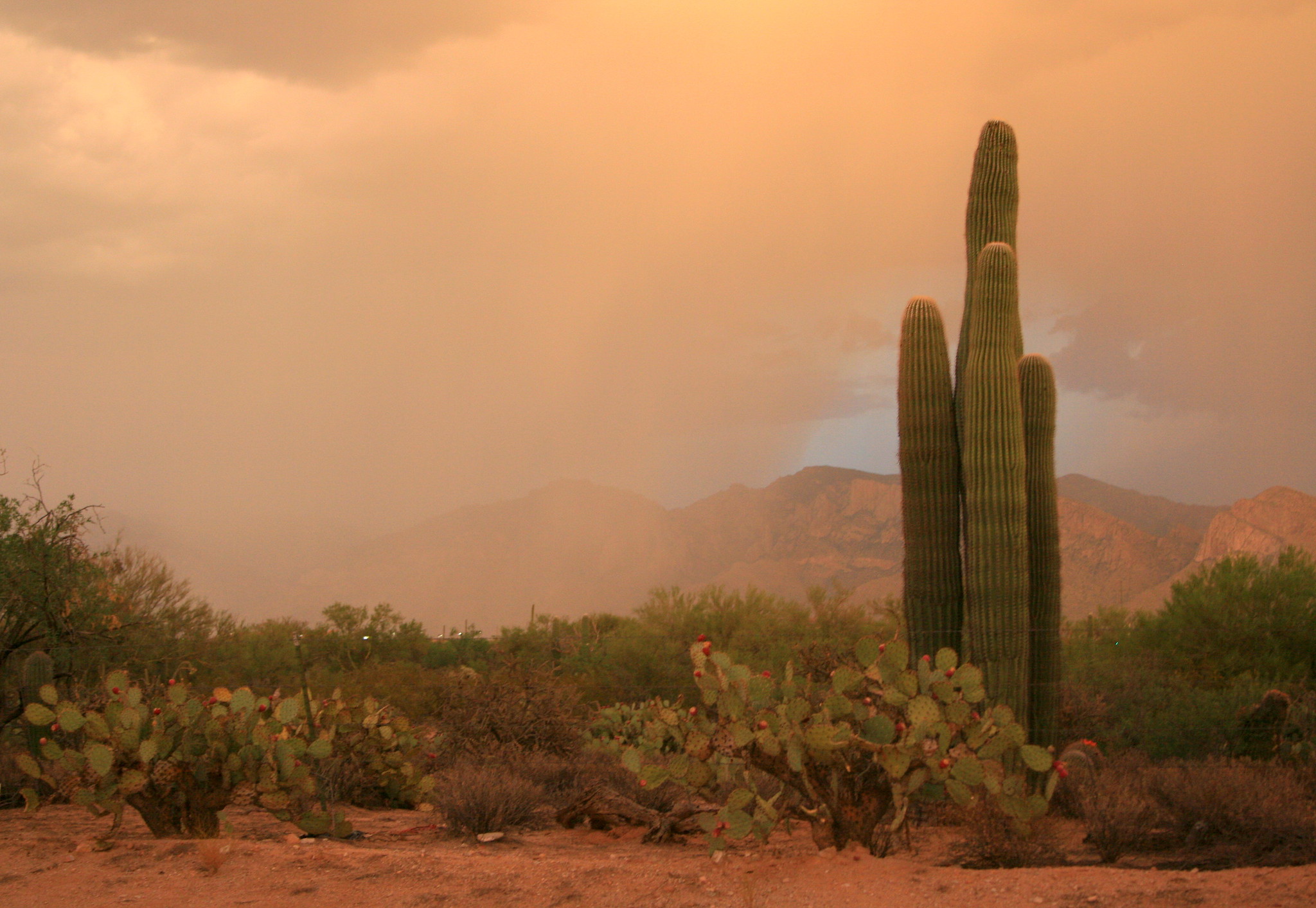 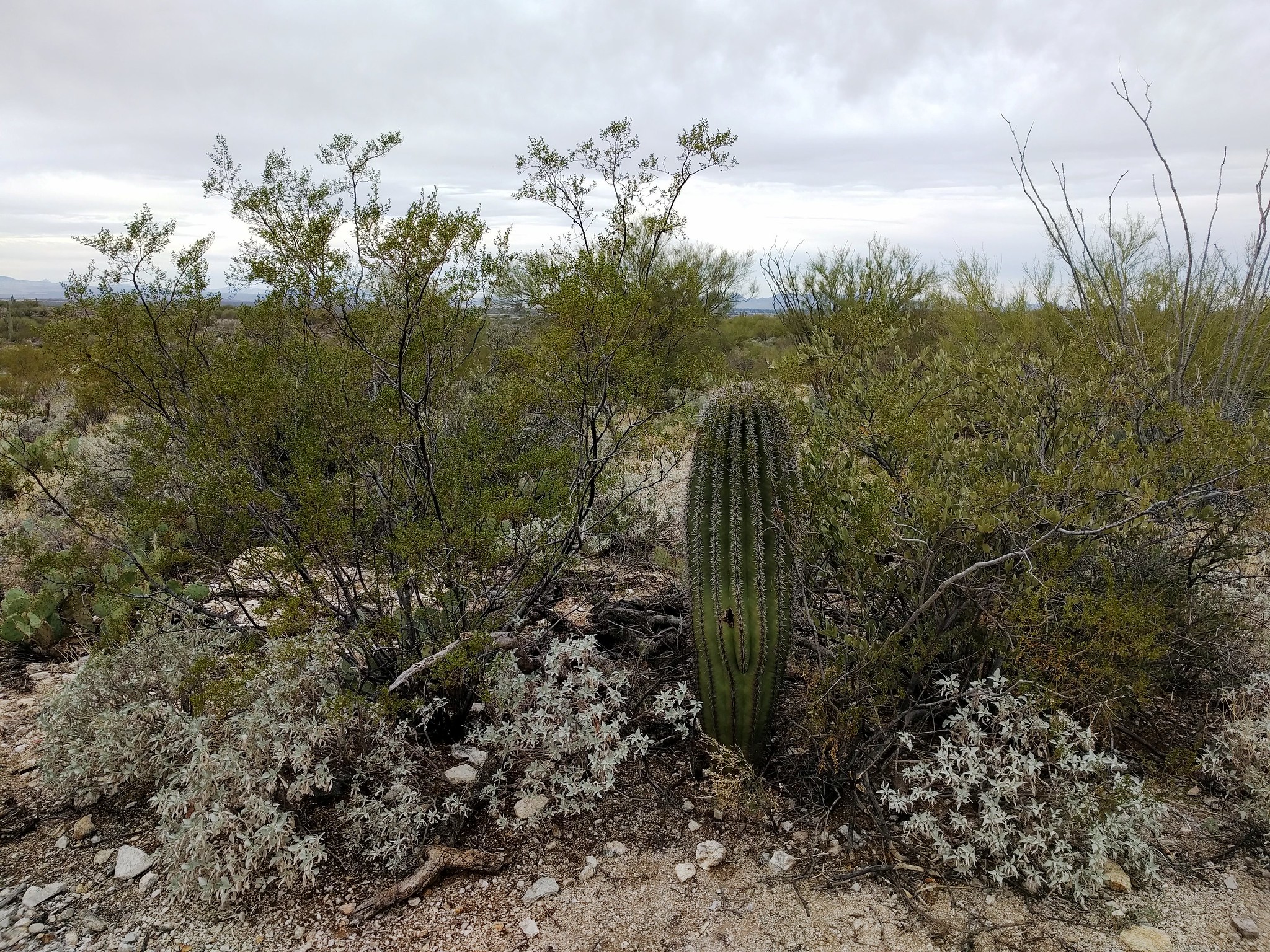 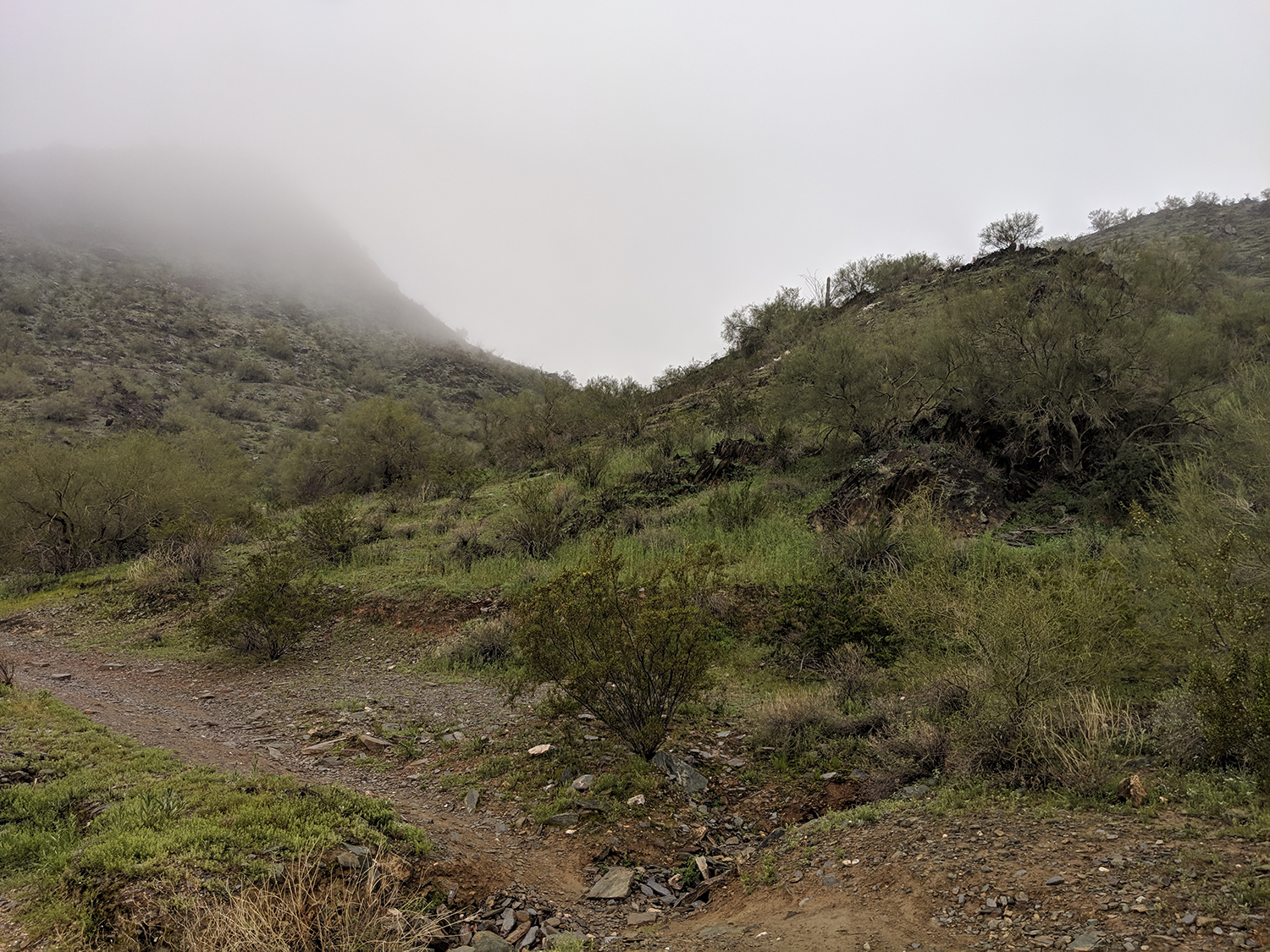 Dreamy Draw by yours truly 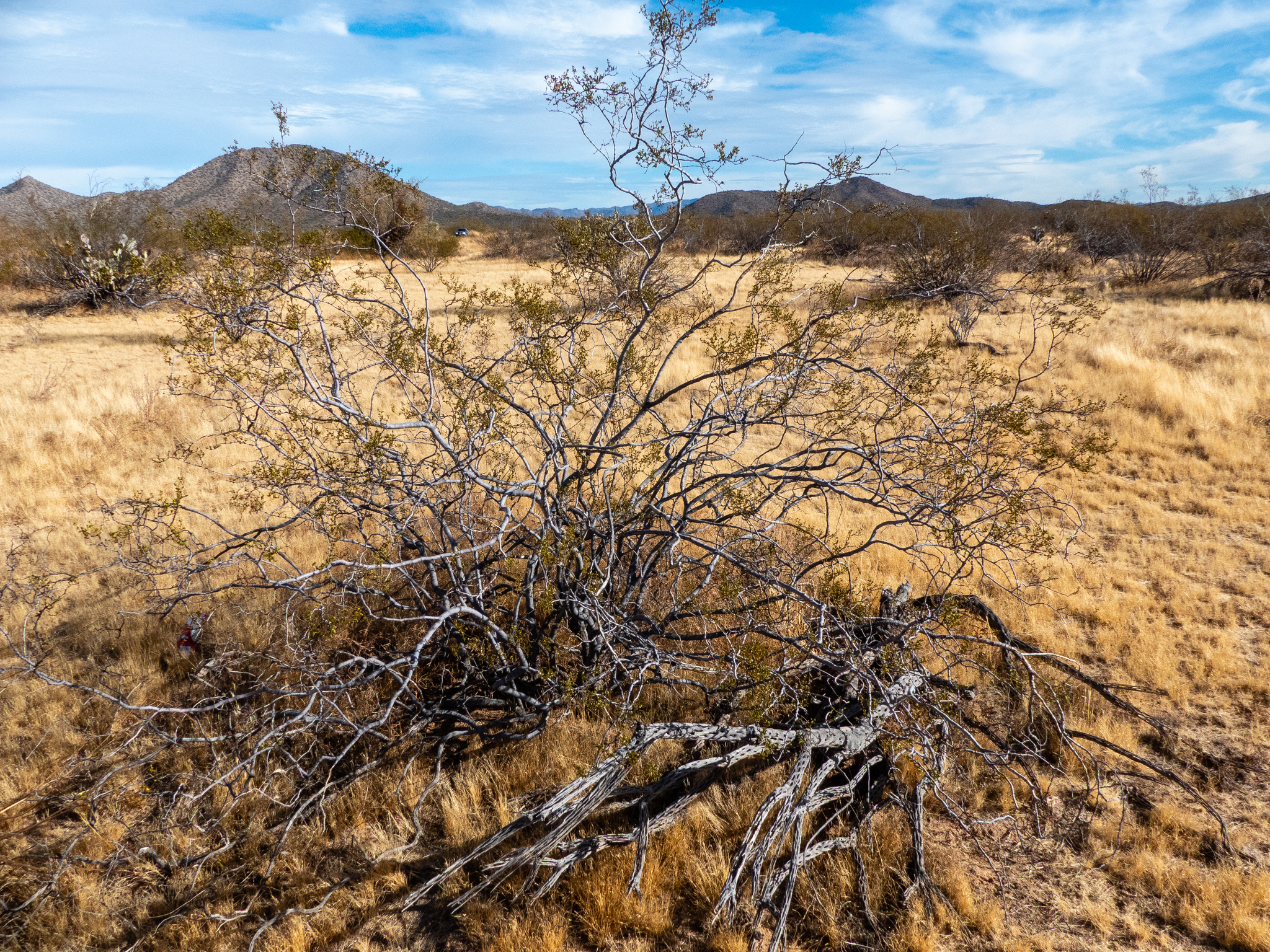 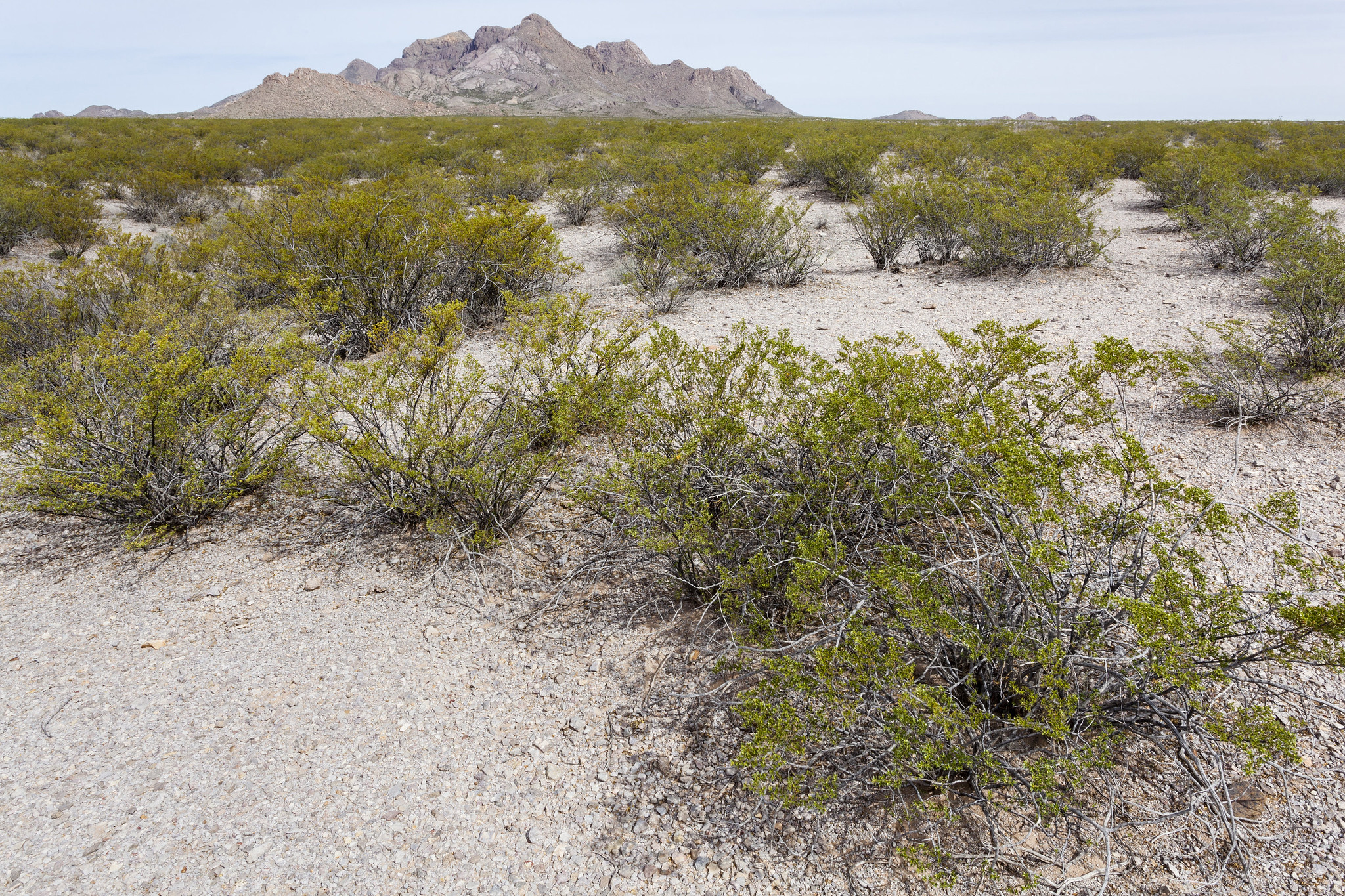 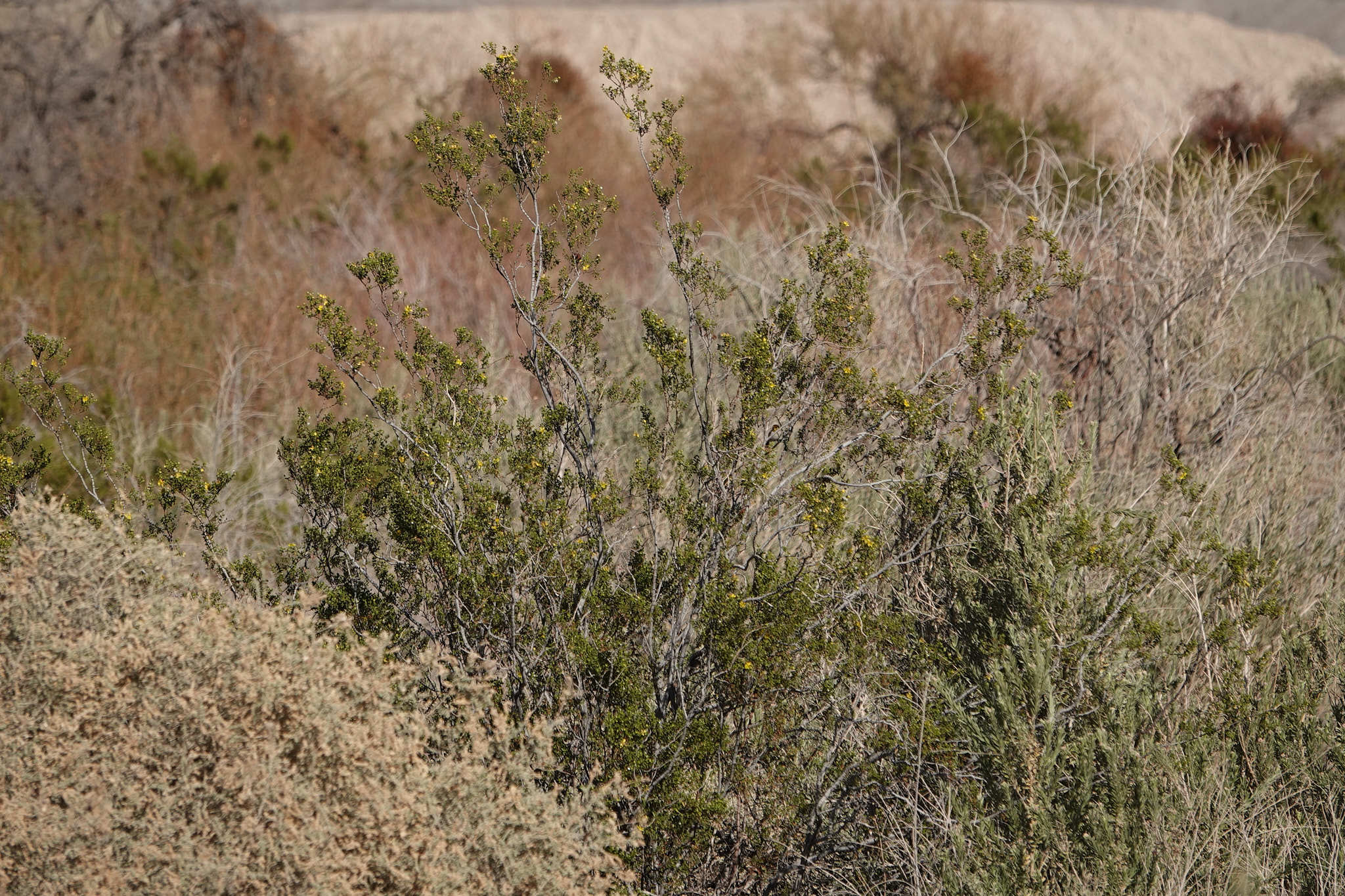 Şegai (O’odham) ◆ tsaatsakw’hunvi (Hopi) ◆ ’iivse (Piipaash) ◆ creosota, gobernadora, hediondilla (Spanish) ◆ creosote, greasewood (English) ◆ Larrea tridentata sprouts from Dango’s fur. Creosote holds up the world around it as the foundation of lowland desert communities in the Sonoran, Mojave, and Chihuahuan deserts. They’re absurdly common and easily overlooked, but those with a discerning eye can appreciate their wide array of ethnobotanical uses and generally tough-as-nails outlook on life. (They're also responsible for the wonderful scent of the desert after rain, so there’s that!) 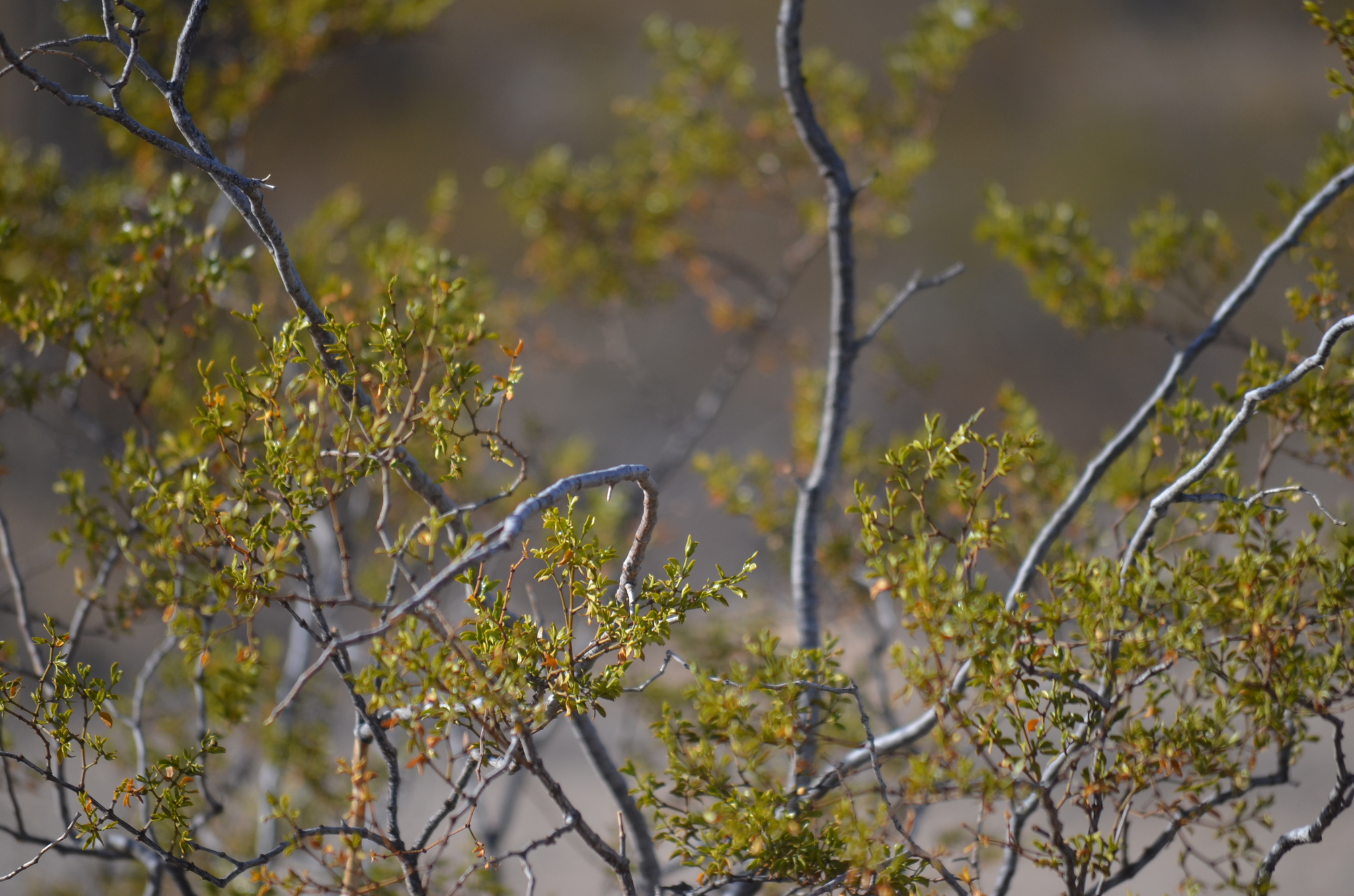 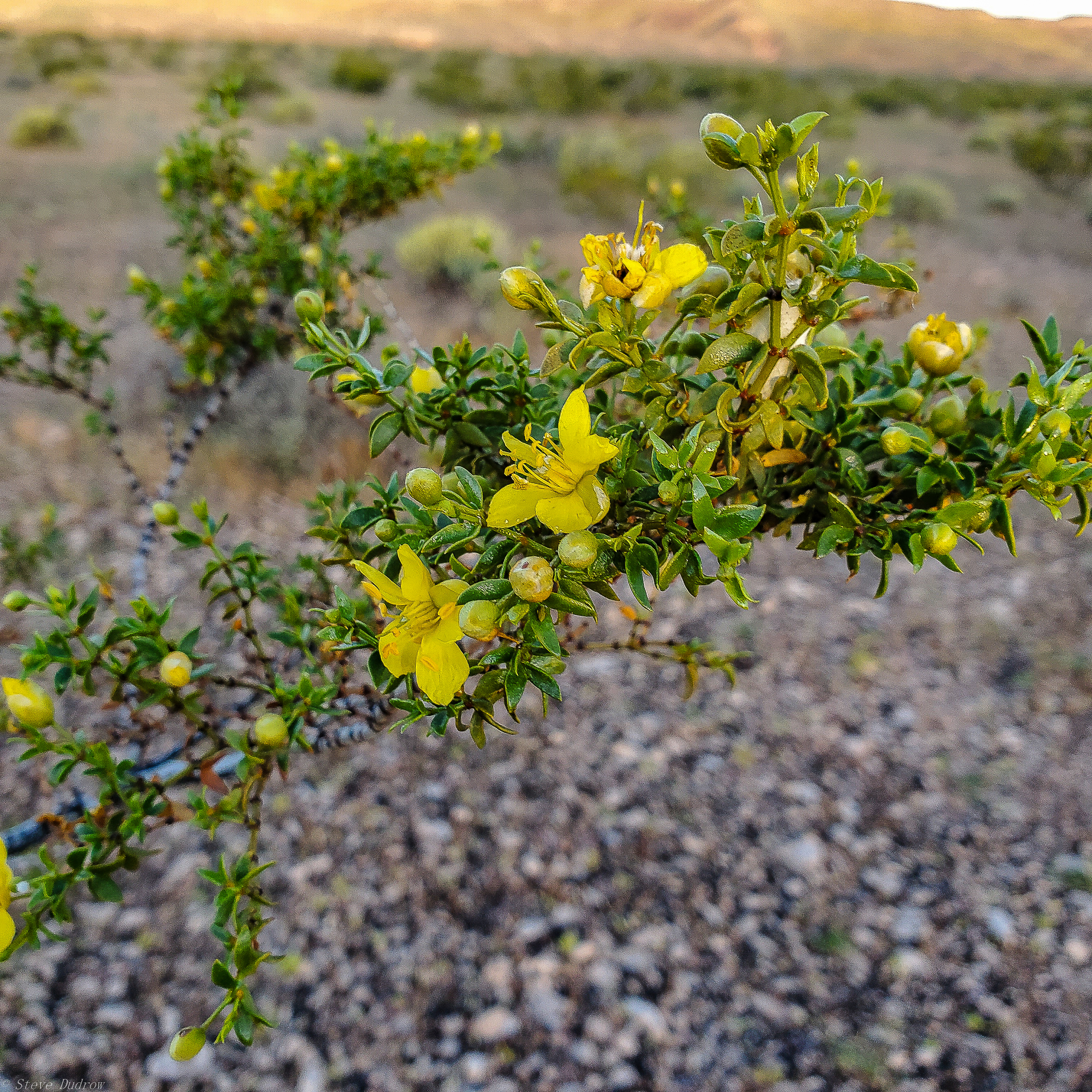 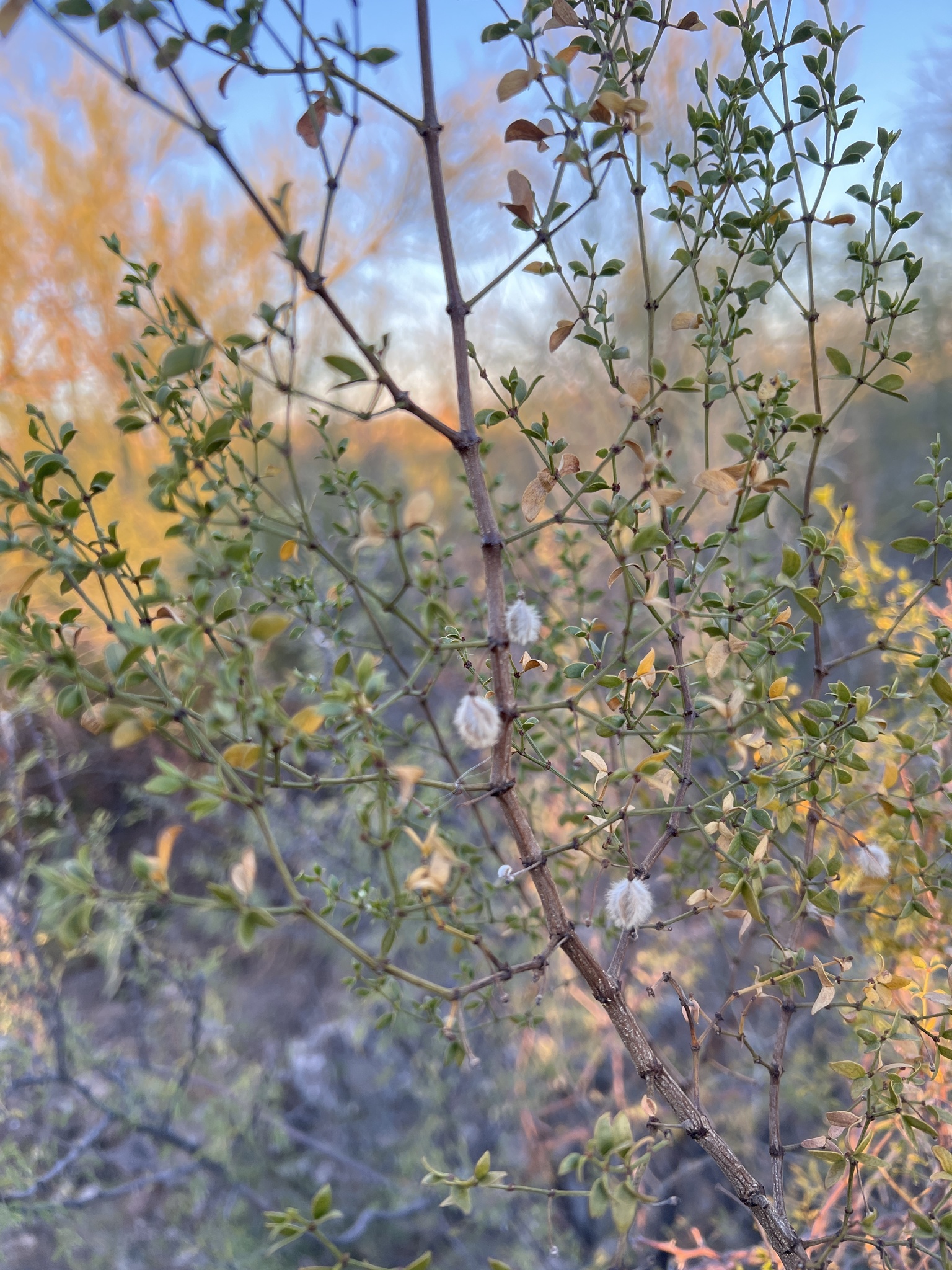 As a creosote bush grows old, the eldest parts of the plant will die. When this happens, the crown of the plant splits into two identical clones. Successive splittings will eventually form a ring of genetically identical plants. Given enough time and the right environment, these rings can achieve something very close to immortality–clonal colonies of creosote are some of the longest-lived organisms on Earth. One individual, King Clone, is estimated to be ~11,700 years old. 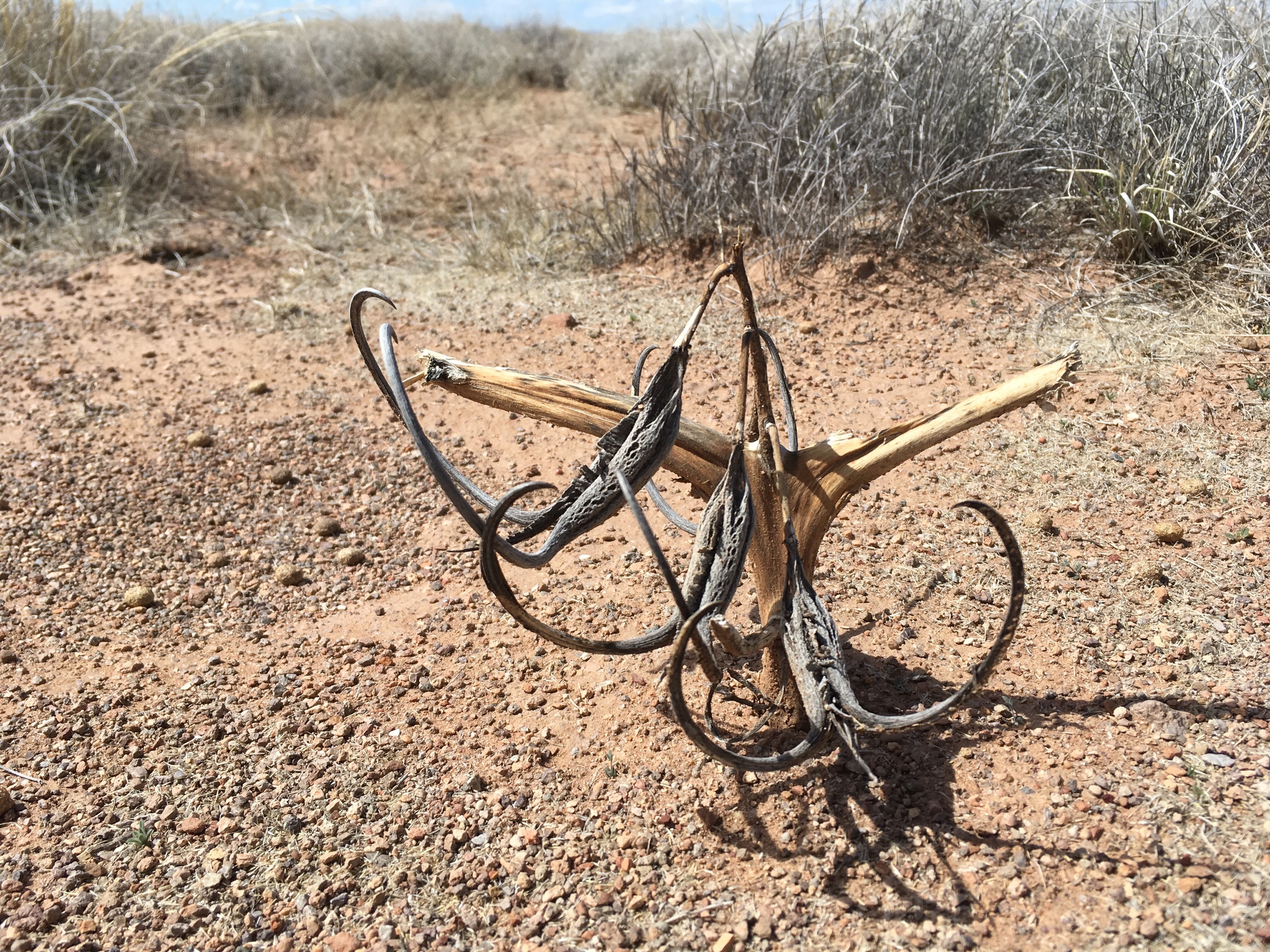 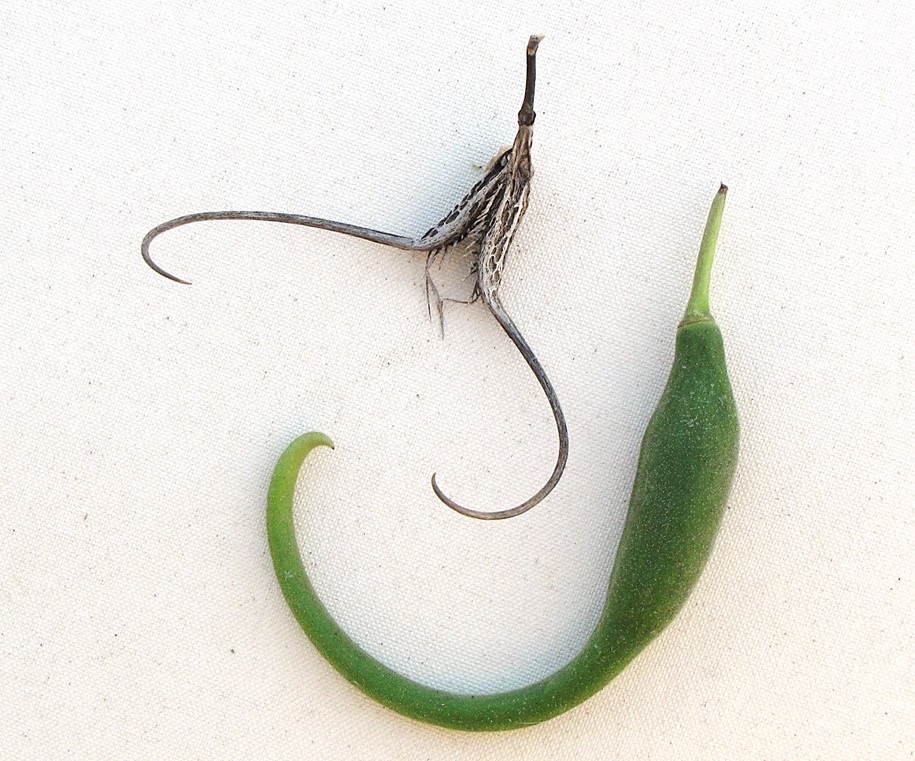 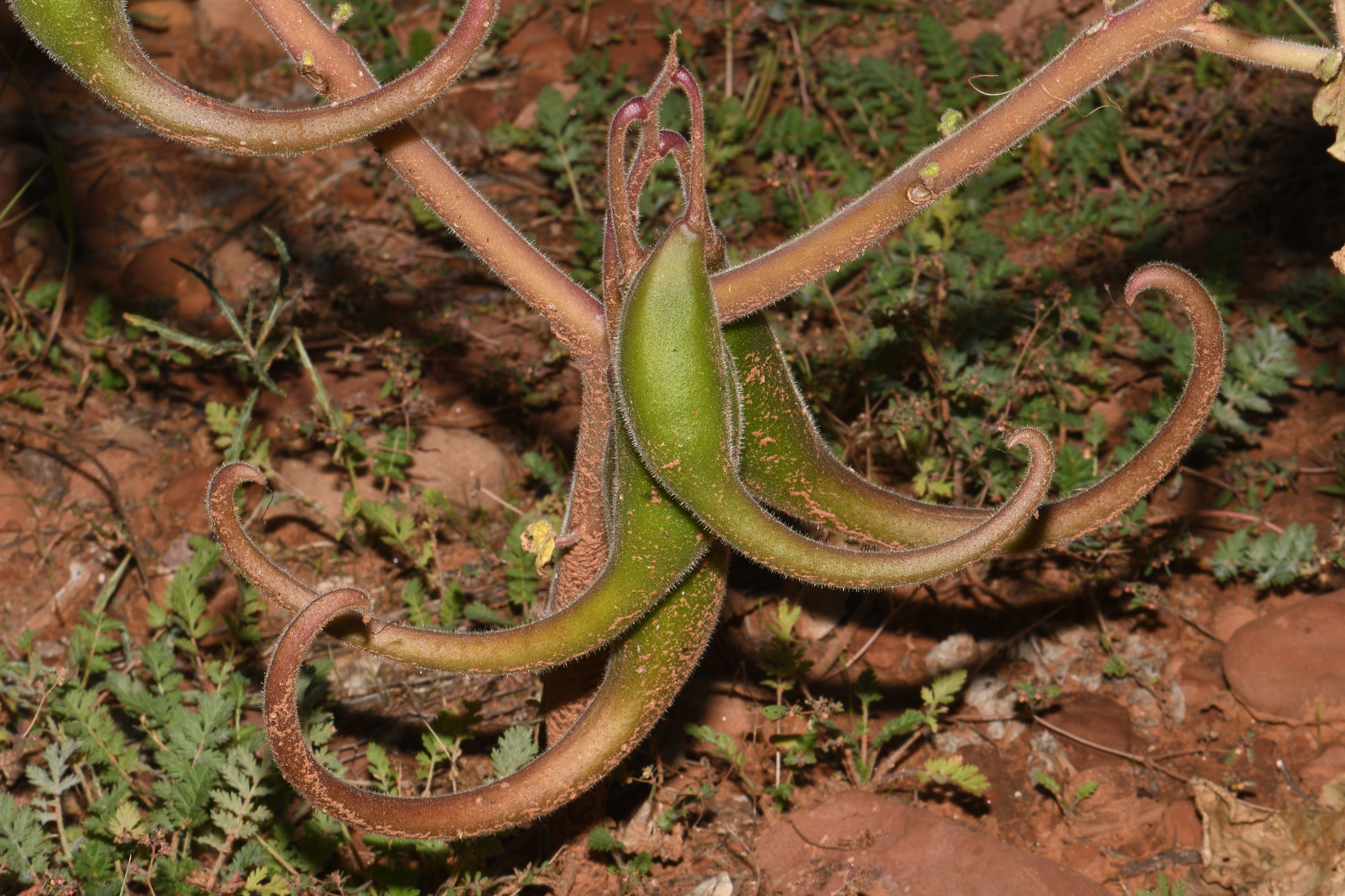 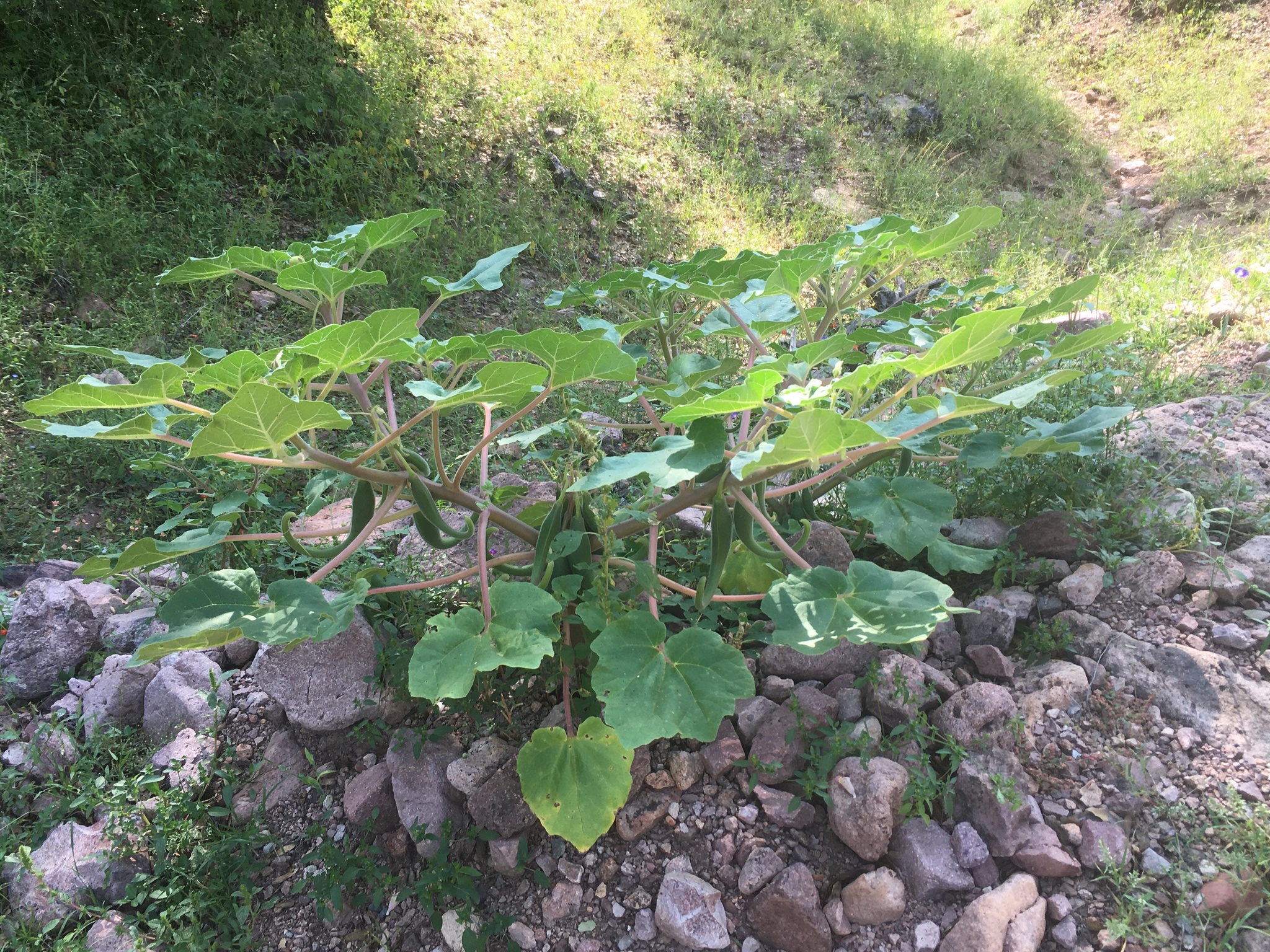 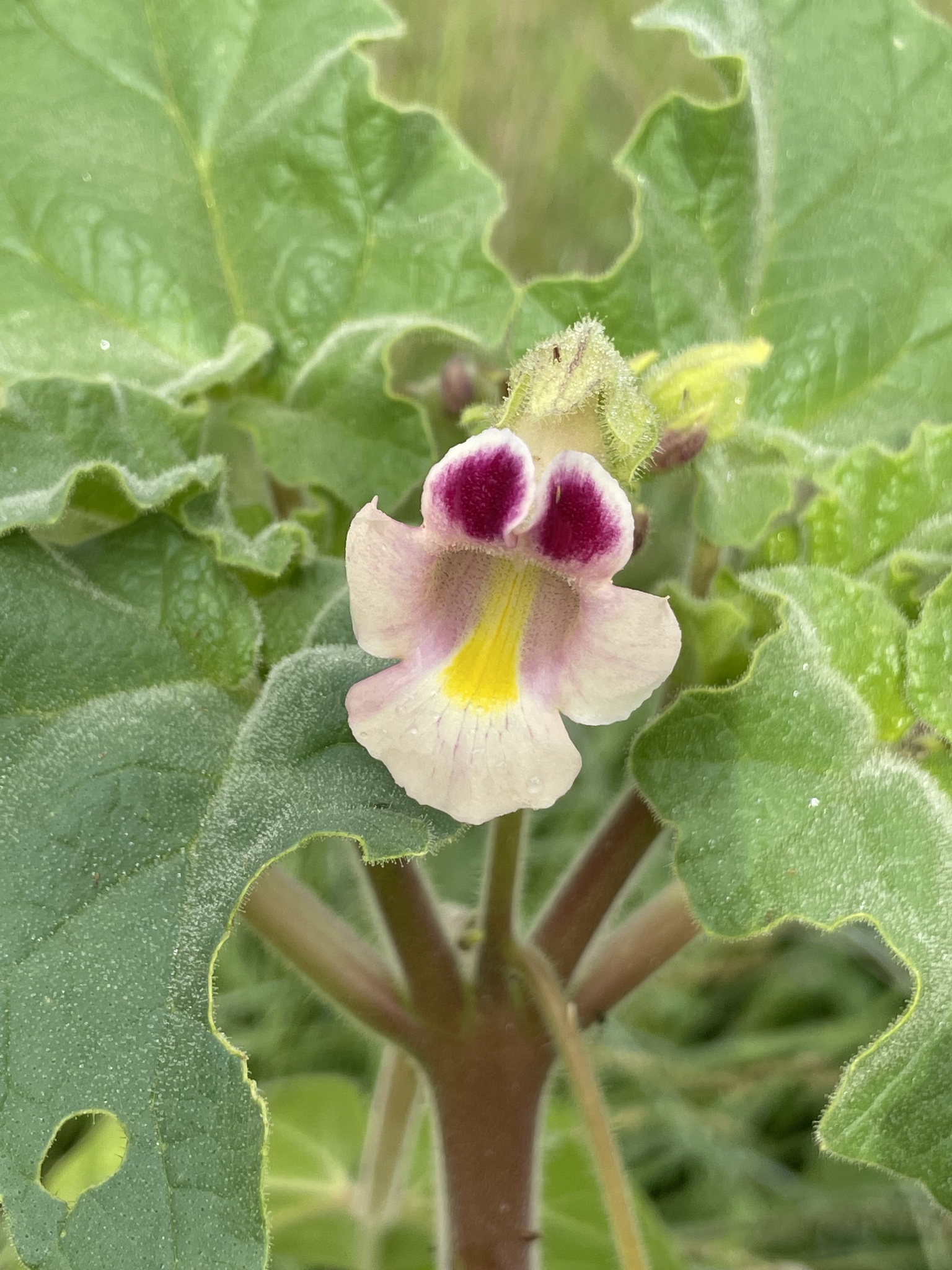 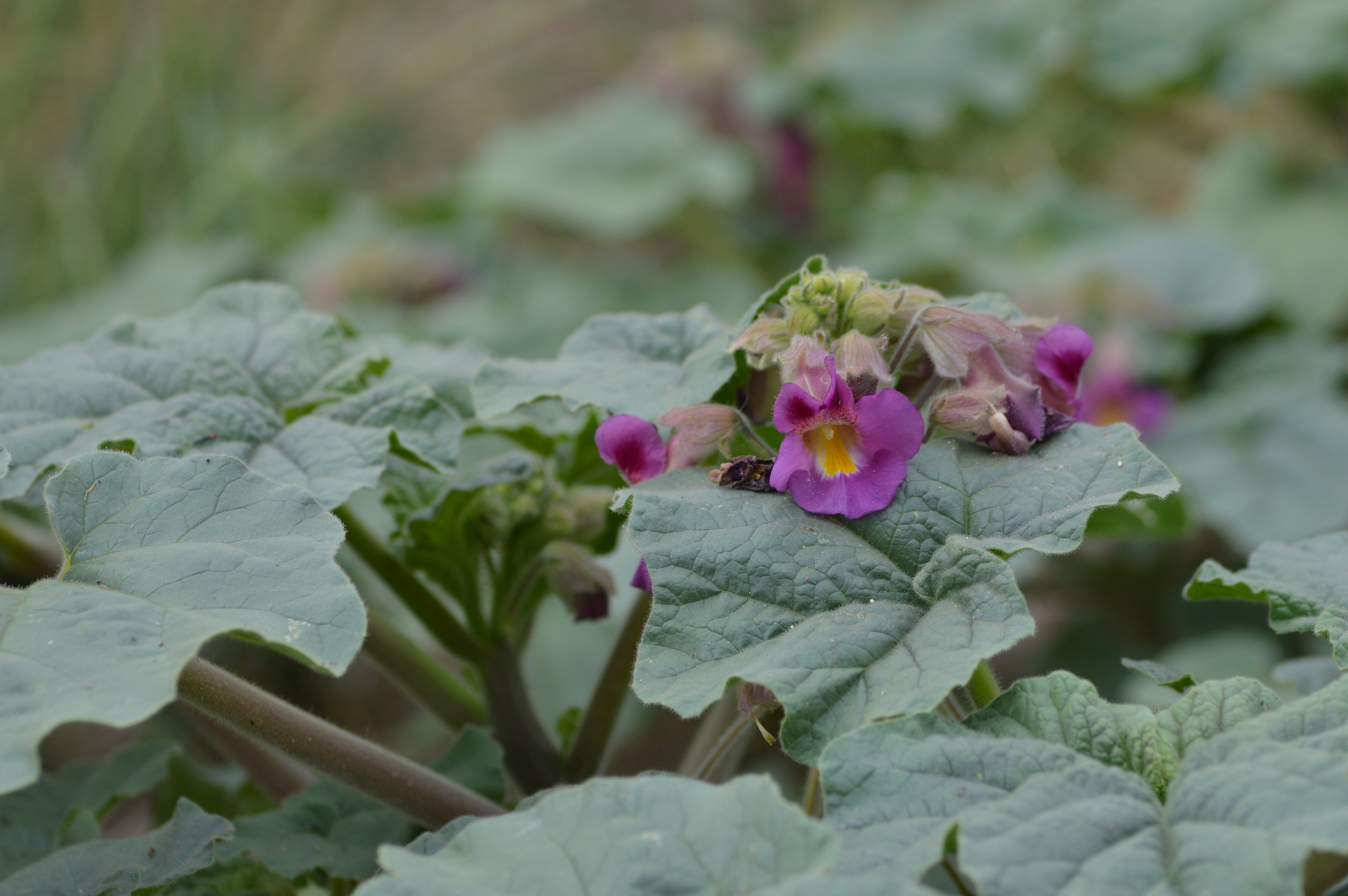 Basket claw is also thigmatropic–that is, it can move in response to physical contact. The stigma of the flower snaps shut when disturbed, in order to trap pollen from pollinators. 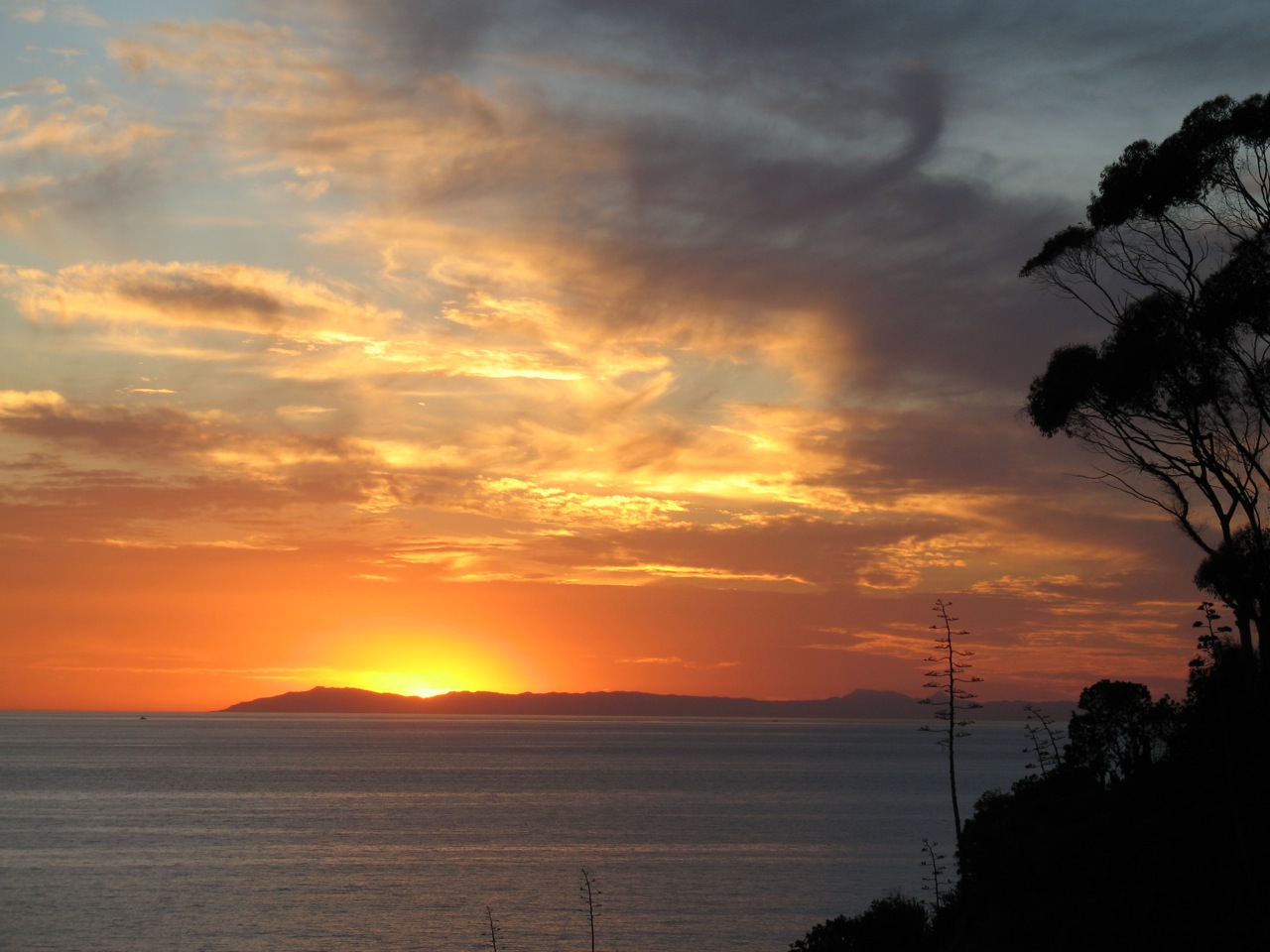