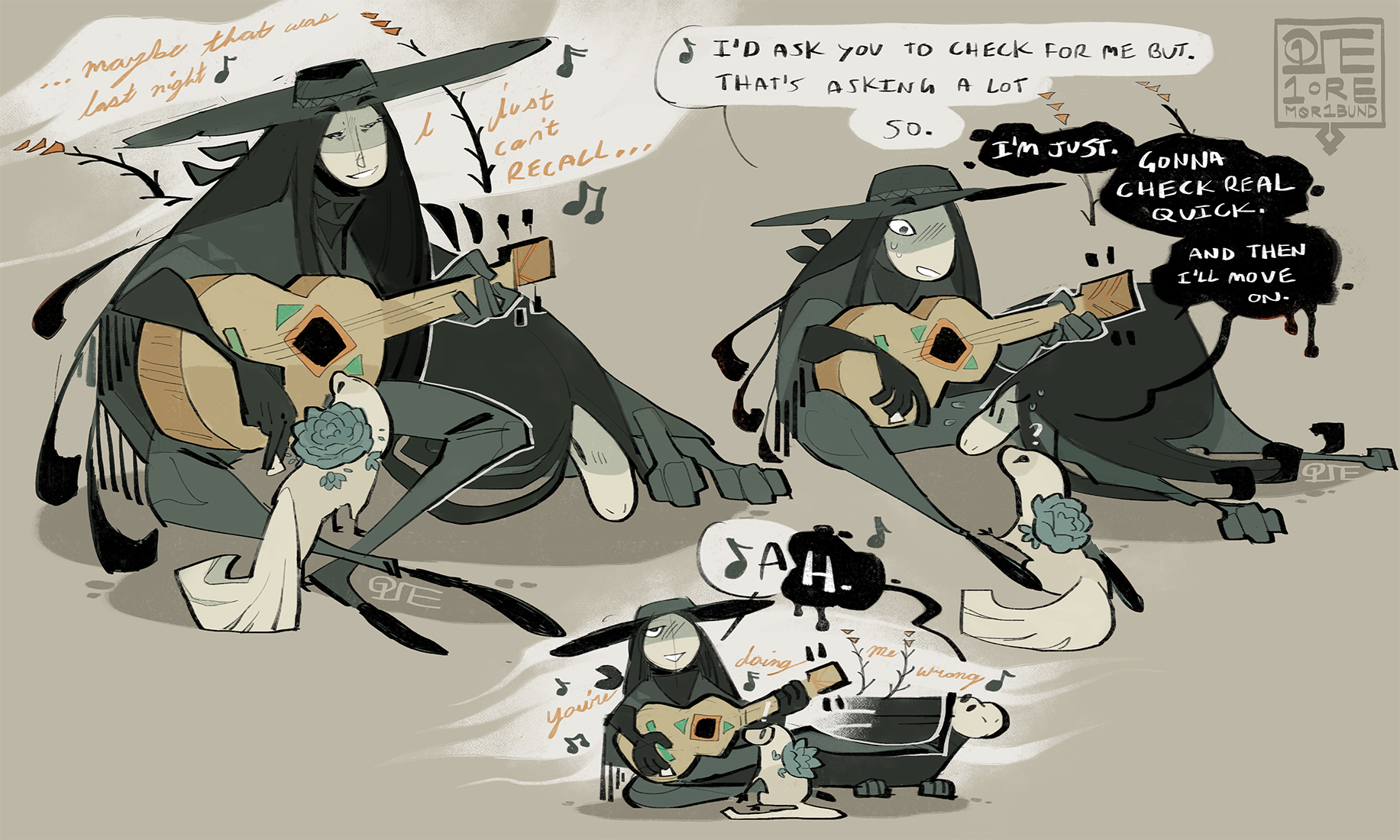 [Long description: A sketch page of the ghostly esk Dia, sitting beside the memory of herself from her previous life. The memory plays “Dissect the Bird” by John Craigie on an acoustic guitar, for the tiny desert esk Blue. There's a humorous break in the original song, in which the singer frets on stage about whether his fly is down or not.

In the first panel, the memory of Dia sings softly to Blue, while the esk Dia lays with her legs crossed at her feet:

In the second panel, she breaks off from her song in a cold sweat.

At this point, esk Dia intervenes. She furtively cranes her neck and steals a glance at the fly of the memory's pants. Blue doesn't seem to understand what the fuss is about.

Dia is satisfied. In the last panel, the memory of herself unceremoniously shoves esk Dia away with the heel of her boot, and continues singing:

I swore I checked it before I went on!

/_\ the radio silence continues. But in the midst of it all, I got in this silly doodle of Dia singing to little Blue, vlpn's esk.

A thank-you to snoodls, too, for showing me Dissect the Bird, and for giving me the wonderful idea of Dia interacting with the memory of herself. I don't really want to explain how her “memory” functions or lay down hard and fast rules for it, so as not to spoil the weirdness of Ghost River... but... It's fun to think about Dia having a little conversation with herself. as a treat!

This is probably the least deep part of the song, but I highly recommend giving Dissect the Bird a listen. I mean, this doesn't make any sense at all without it anyway, but you know.