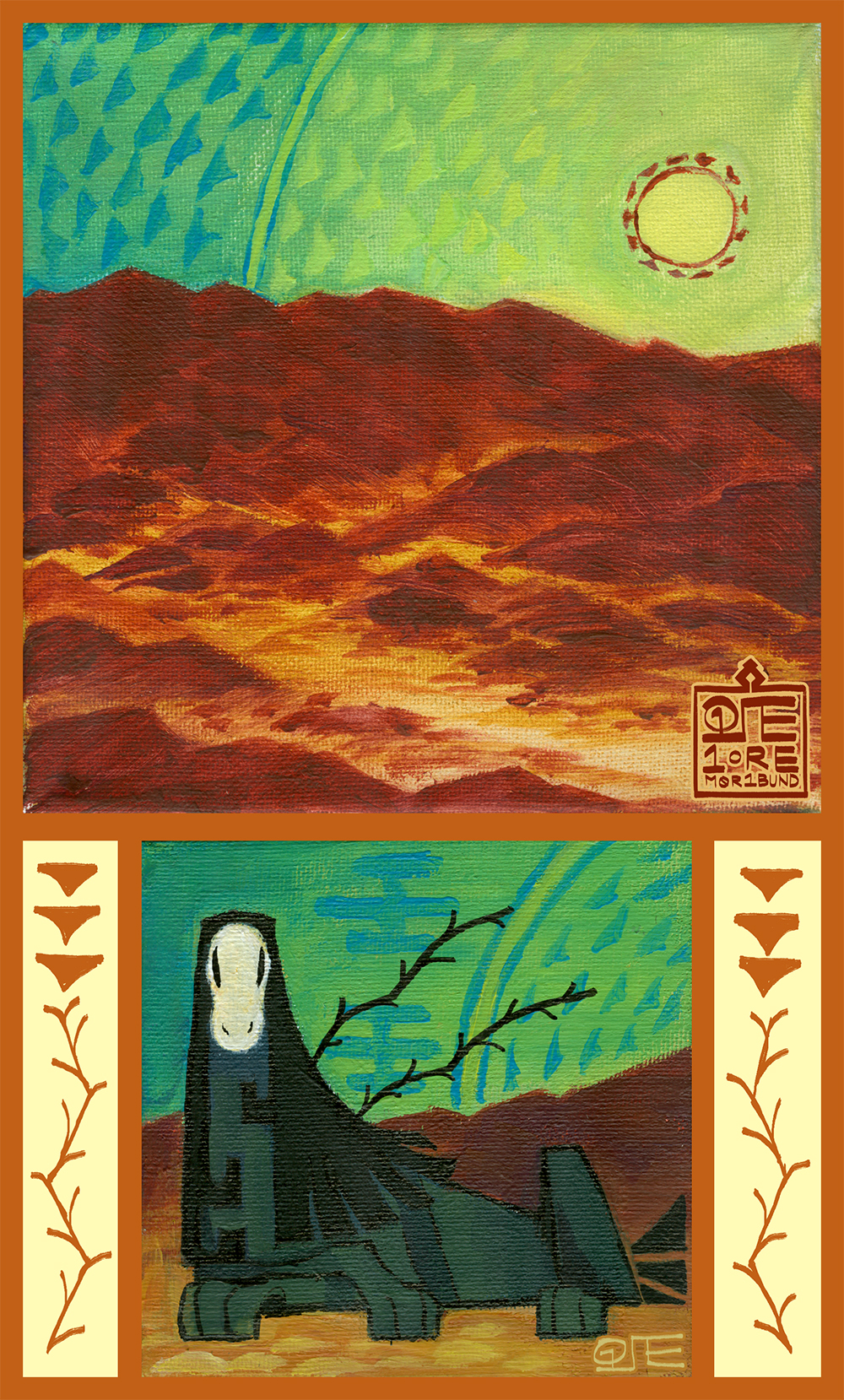 [Long description: The gentle Basin and Range ridges of central-southern Arizona, under a radiant sun. Dia is tucked away in there somewhere, too.]

Had an art party yesterday. Got to use acrylics for the first time in a while! :^D

I am inspired by Fiachmara's insightful descriptions... I want to share a little bit about the mountains here in the southwest, because they're something of a geological oddity.

Much of the United States Southwest falls into the Basin and Range province. This region is characterized by long, gentle mountain ridges, intercut with sloping valleys, with each range aligned roughly south-southwest. If you've ever driven through the area or watched it pass by through an airplane window, you probably know what I mean; the pattern is really hard to unsee once you see it!

This pattern was formed by an uplifting in the mantle ~20 million years ago, which stretched the lithosphere (the crust and a portion of the mantle-- essentially the tectonic plates) thin. The stress of being distended created faults all across the surface, which in turn created large "blocks" of land that have either subsided and eroded into gentle valleys (called graben) or raised into mountains (called horsts.) Incidentally, this crustal thinning is also part of the reason we have volcanic activity here in AZ, despite being located far inland from the nearest faultline. The Superstitions and the San Fransisco peaks are just two examples associated with this (the former being an extinct caldera, and the latter being a dormant (but very much not extinct!) volcano.)

You can read a little more about the Basin and Range province here, if you fancy.