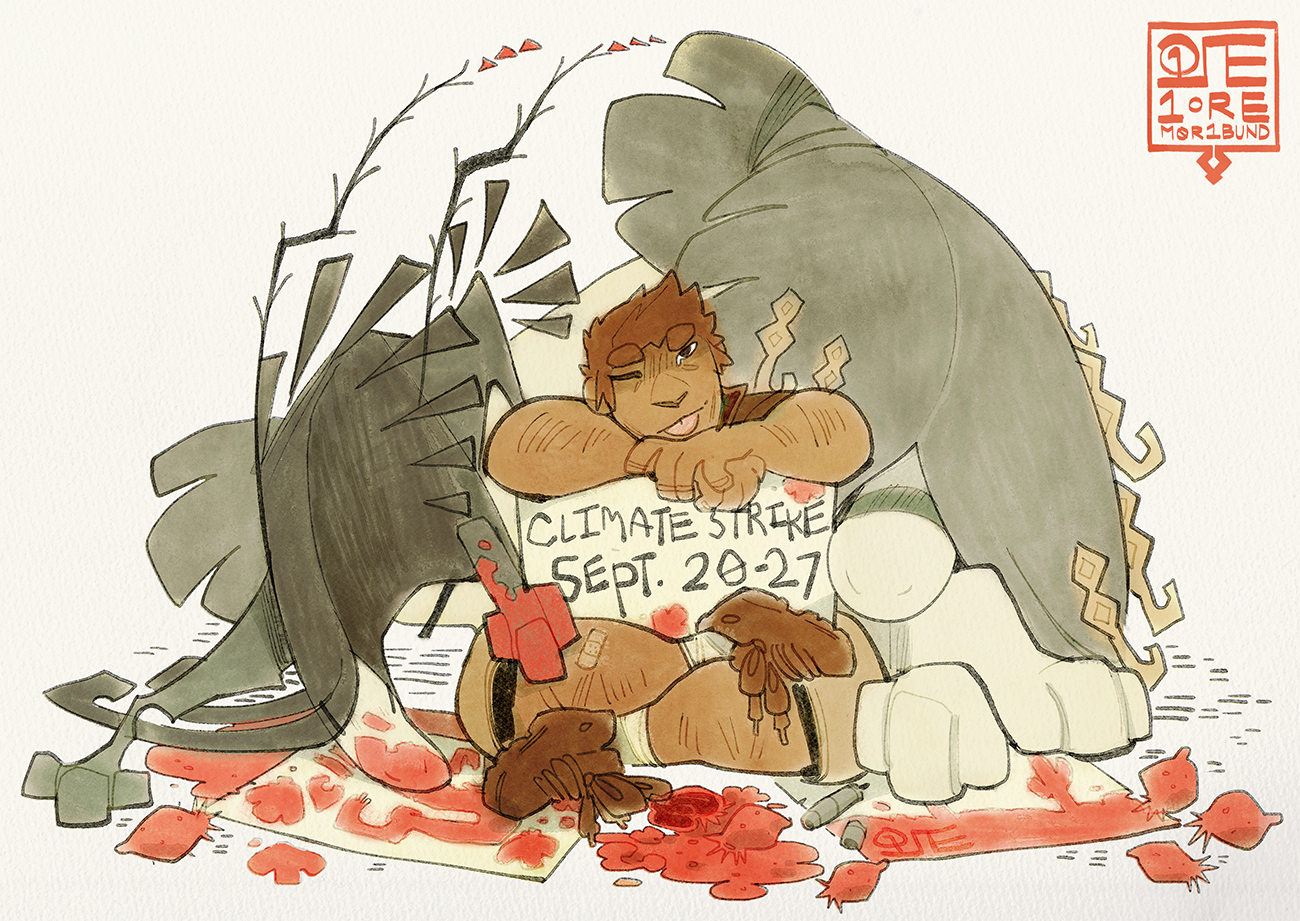 [Long description: Val gearing up for the Global Climate Strike. The esk Dia and Kith help out. It's useful to have opposable thumbs when fabricating a poster, but Dia has nothing if not tenacity.]

So. The Global Climate Strike is coming up. It kicks off Friday, September 20th, and again on the 27th. Strikes are organized the world over to demand just and equitable action on climate crisis, and an end to the fossil fuel industry. You can find more information here, and search for local strikes organized by those in your community (or even organize your own!)

But I think that most of you know this already. Even if you might not think that you do-- we are only human, and as humans we are scientists at our hearts of hearts. We have a sharp eye for patterns of all kinds. You've probably observed it in your own communities, and you carry with you your own, secret grief about the future of the land you live on and the people around you. We need that bond now more than ever.

I'll be participating on Friday. I hope you'll join me, in whatever form that might take. Never been a better time than now ❤️