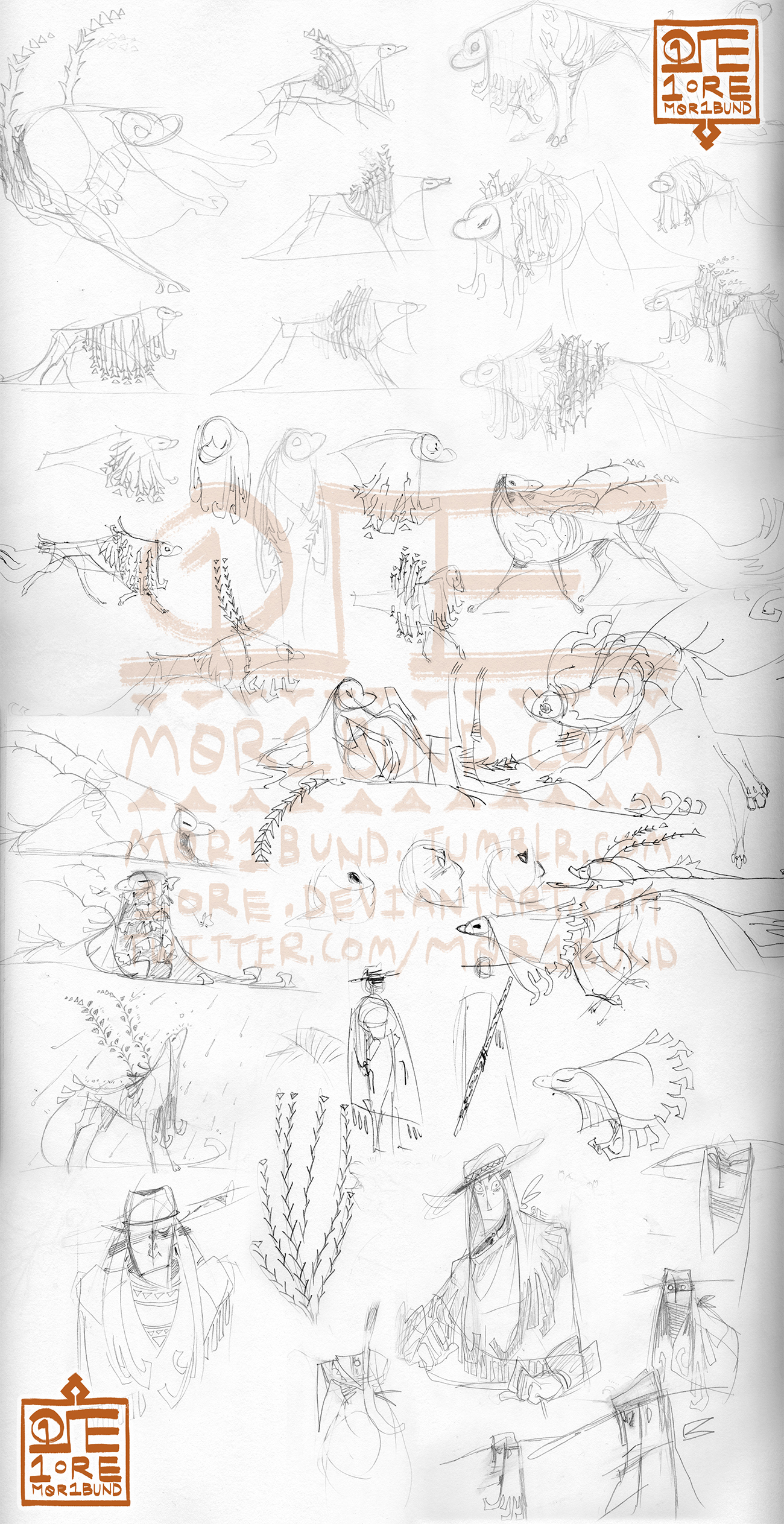 [Long description: A long page of design drafts for Diaspore. Both her human and esk shape have been somewhat constant, but her nature feature moonlit as an ocotillo fence for a while. She had a snarly, bean-shaped snout before she mellowed out, as well.]

Forgot how hard I was pushing that face...

I've been talking character design recently, and looking at these old drafts of Dia and Kith quite a lot. Thought I'd share them to celebrate my first TWWM anniversary (May 14, 2018) rolling around

(and fill the space between ghost river releases, lol... I've got my work cut out for me.)

I also want share some of the nascent threads that formed Dia and Kith and became Ghost River, because I have a terrible habit for not writing these things down until I've forgotten most of them.

Note: The majority of these depictions are not canonical to the TWWM game, they're just here to show some of the design process.