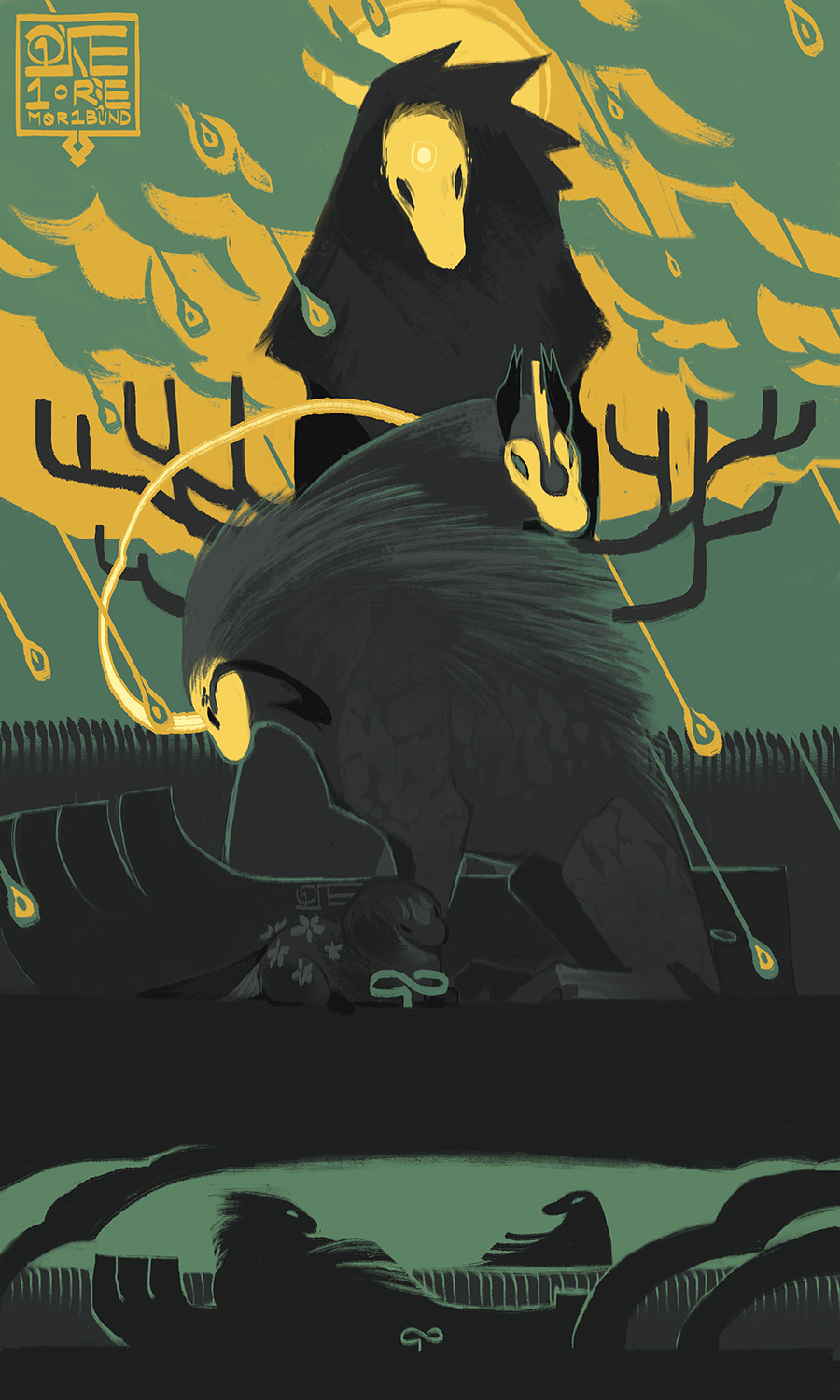 [Long description: Two spreads. In the main one, Vetru, 000, the fawn, and the marine esk hold a vigil for the seedling. In the panel below, Vetru watches Dia off.]

“I thought you left during the vigil.”

Vetru's eyes take on a conspiratorial glint, but it's a little tired, a little sad. “If I didn't know better, I might say you're enjoying yourself.”

“No!” Dia says, automatically. She narrows her eyes. “I wanted to say goodbye, before I go. May I join you?”

Vetru makes room next to the little seedling. The two ghosts share the silence that follows.

“Can I ask you something? Don't take it the wrong way.”

“How do I say this...” If Vetru had a lip to gnaw, they would. “It's like you pull the world around you to make it feel the way you feel. You're one of them. It's not hard to tell. But you don't hurt others, not like I do... How do you do that?

Dia is quiet for a long time.

“But Vetru--” Dia's voice comes out with a hoarse crack. She steadies herself. “I know you will hide your pain, after this, like an animal hides its injuries. But you have community here. They see you for what you are, and they love you. Don't forget that.”

“So am I?” Vetru shakes out their hackles. “That's not a bad thing.”

It was difficult to, over the rickety rattle of the ranger shack's AC unit. “Hm?”

“There was a pretty big wildfire up in Colorado. I hope the boys out there are alright. God, can you imagine?”

Doing these installments was a wonderful ritual to form over the past month... I was worried I might be cutting my attention between too many things, but on the contrary, I feel July was a very prolific month for me. A big thank-you to TWWM for writing such a kind little quest!