Below are my major narrative works. Most of them are a part of Moribund.

“Brun. 21. Finest sharpshot in the local galaxy. Acting ringleader of the condign cartel. Warrant from high Asthaom for–”

The justiciar stops thumbing the corner of the docket. She purses her lips and looks up at Brun. “Pardon?”

“Former ringleader. It’s been over a year since I last called a shot.”

Wrong move: The justiciar lays the docket flat on the ironwood desk and leans in, slightly. “What made you leave?”

RANSOM is a ~20k word bout written in the fine tradition of a piece of fanfiction. It’s a joyride through the 24 hours that deadeye Brun spends staging her own kidnapping, alongside Handsome Idiot Who Shows Up and Ruins Everything, Sinuk Vauntariaq. It’s also the culmination of a year’s worth of on-and-off work, and my only longform piece of writing in about 4 years. Is that a good thing? I don’t know. But I had a ton of fun, and I hope you do, too. 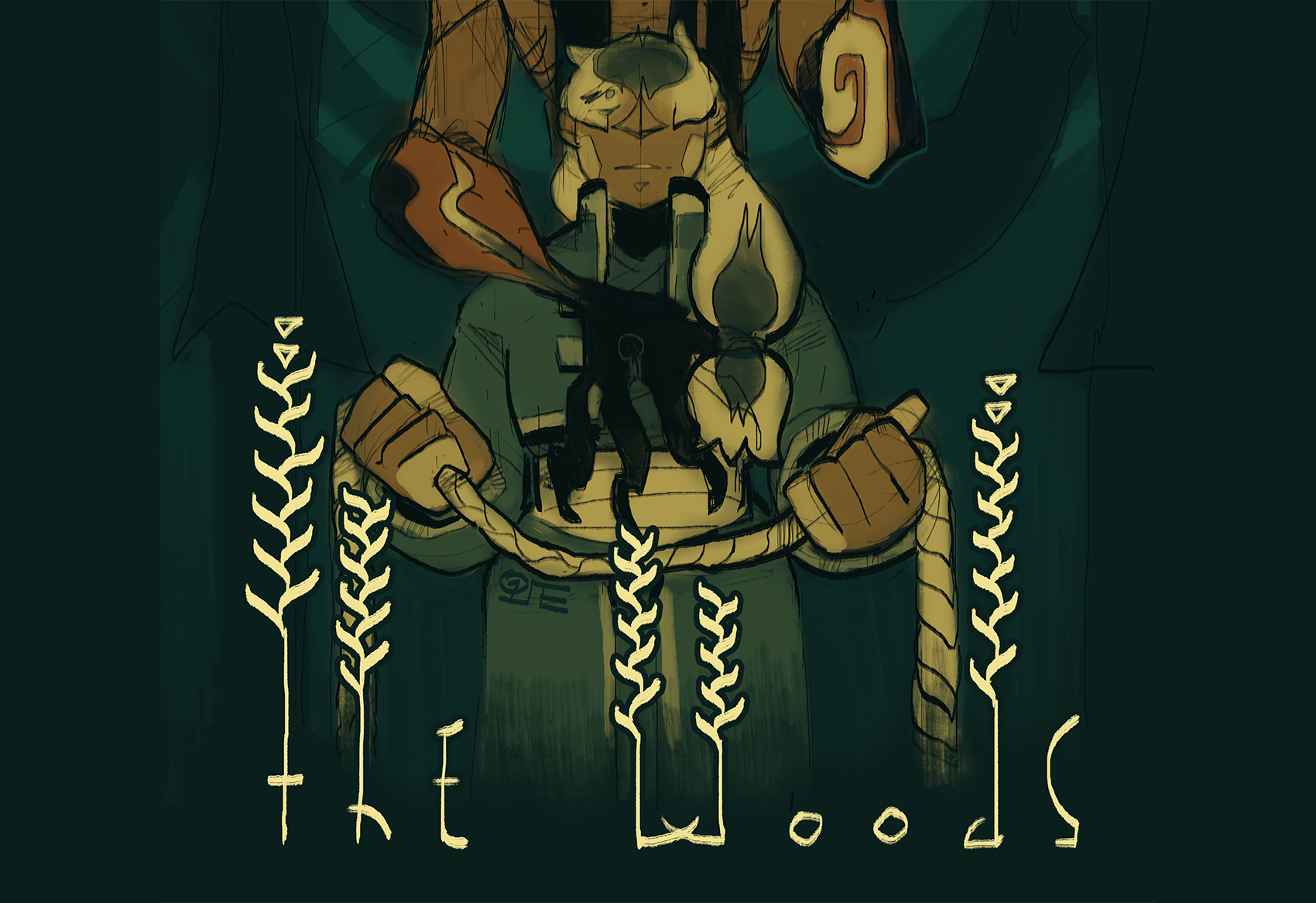 There are three things Makame knows:

First, the earth inside Basedt is sure of itself. Men can live and die and find a little peace there, for the walls are blessed by Her grace Herself. Inside them, time is normal, life is good.

Second, the city is surrounded horizon to horizon by black wood. Outside the walls of Basedt, men lose themselves. Clergies consecrate pieces of land, and then disappear. Time is not so kind, and one must take care to know where they are, lest the woods swallow them whole.

Last, there lives a beast out there that will kill him if it finds him.

Everything else is white noise; distractions and uncertainties. It is only under constant vigilance that he has lived long enough to get where he is. There is, after all, no room for human failings in the woods.

The Woods is a standalone short story (~2k words) logging the expeditions of a wayward monk into a predatory woods.

I might compare The Woods to a pilot episode for Basedt. It is not accurate of its current iteration, and isn’t really a part of Moribund, but at its core the characters and themes are the same. Much like RANSOM I began work on it back in 2017, and although it’s quite rough, it remains a fond little yarn for me. It is my hope that you enjoy it, too.

It danced beneath the lamplight, wearing his clothes, wearing his body, laughing silently with his voice. He— the thing that wore his mask.

NAKAQUOI! is a tiny, tiny chronicle of odd-fellow spirits that haunt those who wear masks, as well as a love letter to bestiaries and other alternative forms of storytelling. 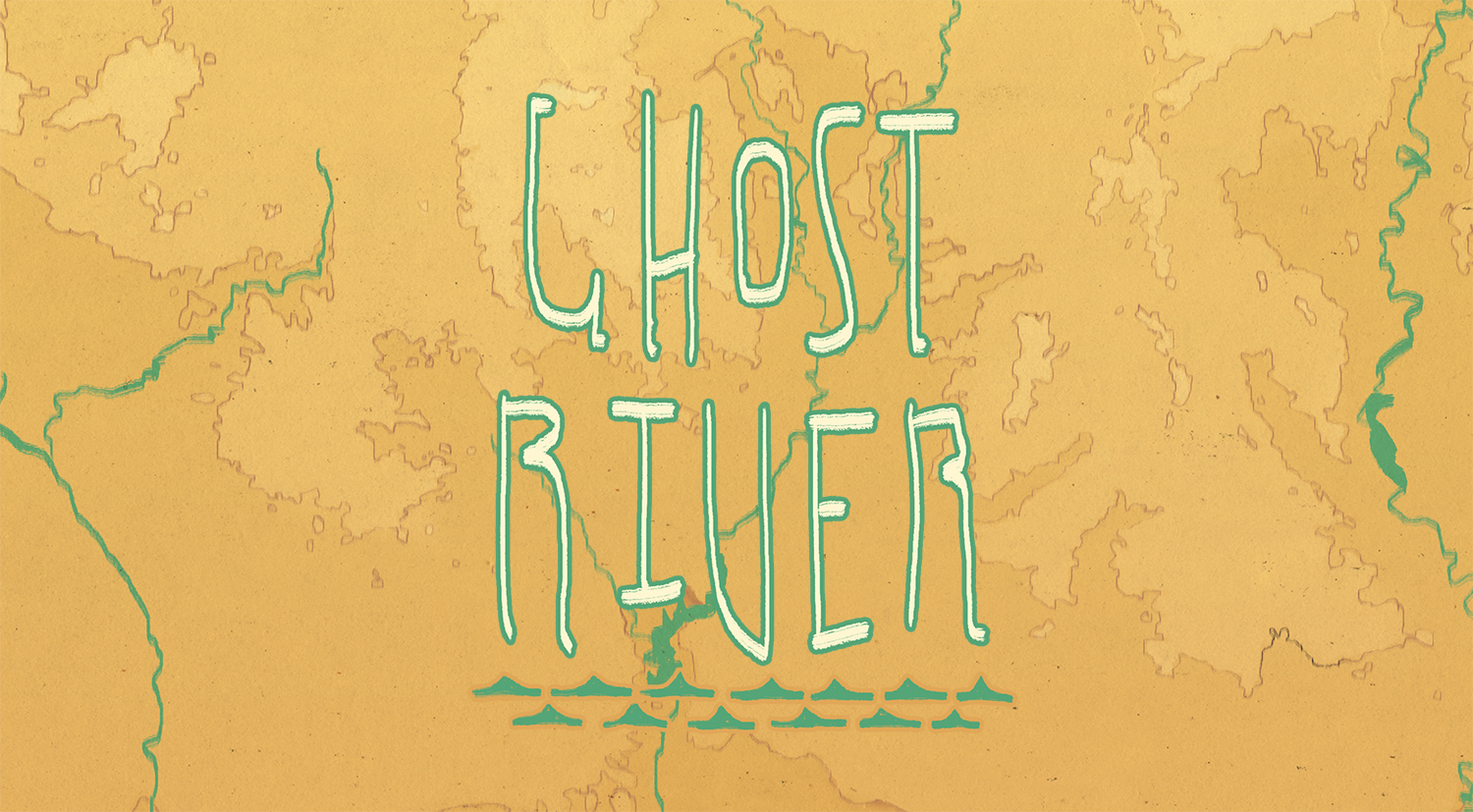 There's something out there that doesn't belong.

Something that doesn't want us to belong, either.

Ghost River was a mixed-media webcomic that ran from October of 2018 to August 2020. It was little story about the Agua Fria river here in Arizona. It was also a story about things that were, getting lost, and reckoning with a canyon that really, really doesn’t want you to be there. Written for Those Who Went Missing.

For a variety of reasons, it was taken offline. You can read more about that here.

A silly little side gig that doesn't quite fit anywhere else right now. It's about inquisitor Redmond Faraday's ill-fated efforts to save the town of Sam Hill from its absolutely normal reverend, Jesse Cauldwell, who is not the devil.