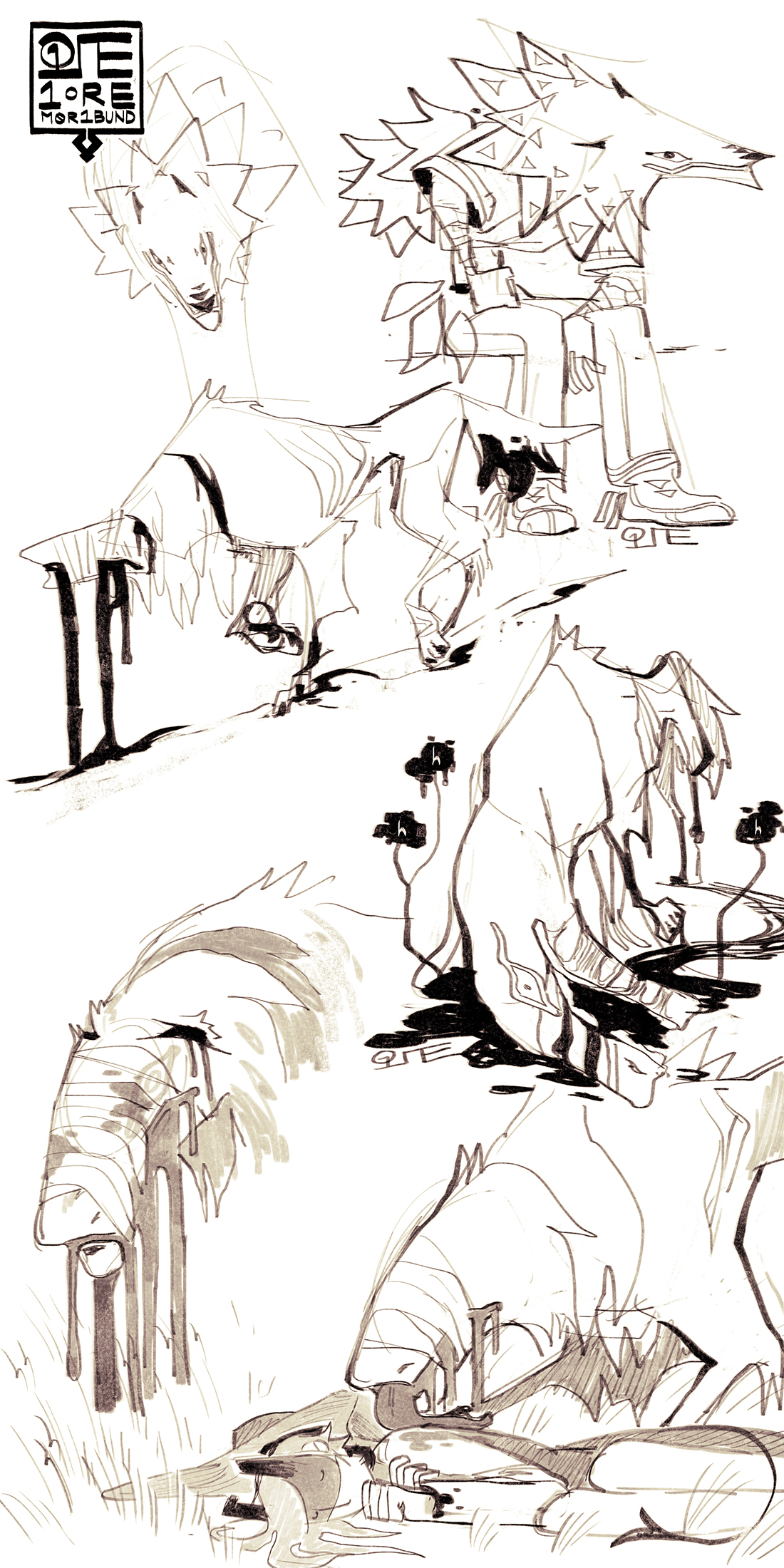 [Long description: A sketch page of the False Coyote, who's largely in a bad kind of way. The first pieces depict her in some past age, a smaller and kindlier-looking coyote woman. The rest are of a defanged, declawed, and deeply despondent Cai, all but unrecognizable from her current shape. She ambles about on broken feet, with bandages haphazardly lashed over her limp head, and blood pouring from her mouth.]

The Thaumat wasn't the only one to be hunted and killed by the Church. The False Coyote was also declawed and defanged, an act that-- while controversial-- would have been unthinkable if not for her provocative and contrarian nature.

At the dawn of high Asthaom's thousand-year drought, the False Coyote helped a small contingent of ancestral Sarikote find sanctuary-- A body of land which would soon be cast into the ocean black, and become the rich and fertile island Mercasor. While she's celebrated for her heroism there (to the point that those Mercasian Sarikote are called Ka-Sarikote in her honor) I think that she has much older crimes to answer for. Her long associations with the Thaumat remain a hot point of contention, even within Ka-Sarikote communities.

Incidentally, she's also the reason that Mercasor has coyotes and high Asthaom does not. They were extirpated from the high Asthaom desert during the thousand-year drought, but continue to thrive at Mercasor.