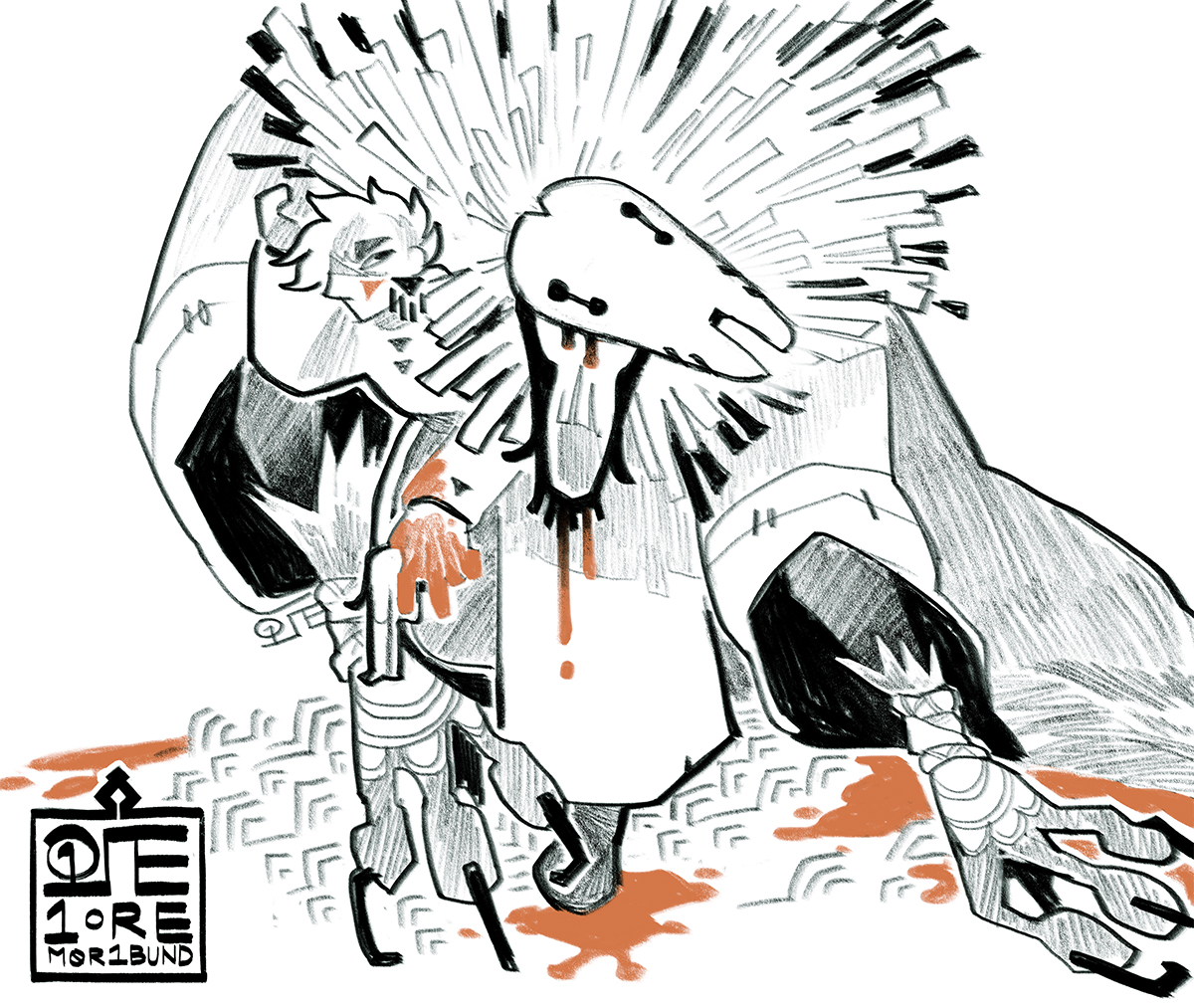 [Long description: Redmond, underneath the massive frame of an avian member of the wild folk. In Redmond's bloodstained hand is a metalock pistol, as the spirit bleeds piteously from their snapped jaw. ]

Before Hell's Gate, Redmond is something like a roving bounty hunter. She cuts her teeth hunting wild folk that make themselves into menaces, as she quietly pursues the one who wronged her.

The wild folk can't be killed in a way that matters (they experience death only as a radical transformation into a new shape.) However, they are extremely sensitive to heavy metals like lead, in quantities as small as a single bullet. At best they may become warped and deeply disturbed by the accumulation of these metals in their bodies, the agony of it driving them to lash out. At worst, they are functionally destroyed.

Guns themselves are a recent invention of the Church. They are not very widespread, nor a particularly effective or necessary weapon in Moribund.* That being said, they are one of few things that strike fear in the hearts of the wild folk-- Hence Redmond's weapon of choice being a flintlock pistol.

*Metaphysical combat tends to favor weapons that create a lot of bleed in the soul, and which either tear open a wide surface area or are large enough to disrupt the body when metaphysically lodged inside of it. For both cultural and practical reasons, bows are more popular than firearms. Conversely, “Live” firearms that shoot physical bullets are restricted in many nations, because they are so singular of purpose and effective at what they do.