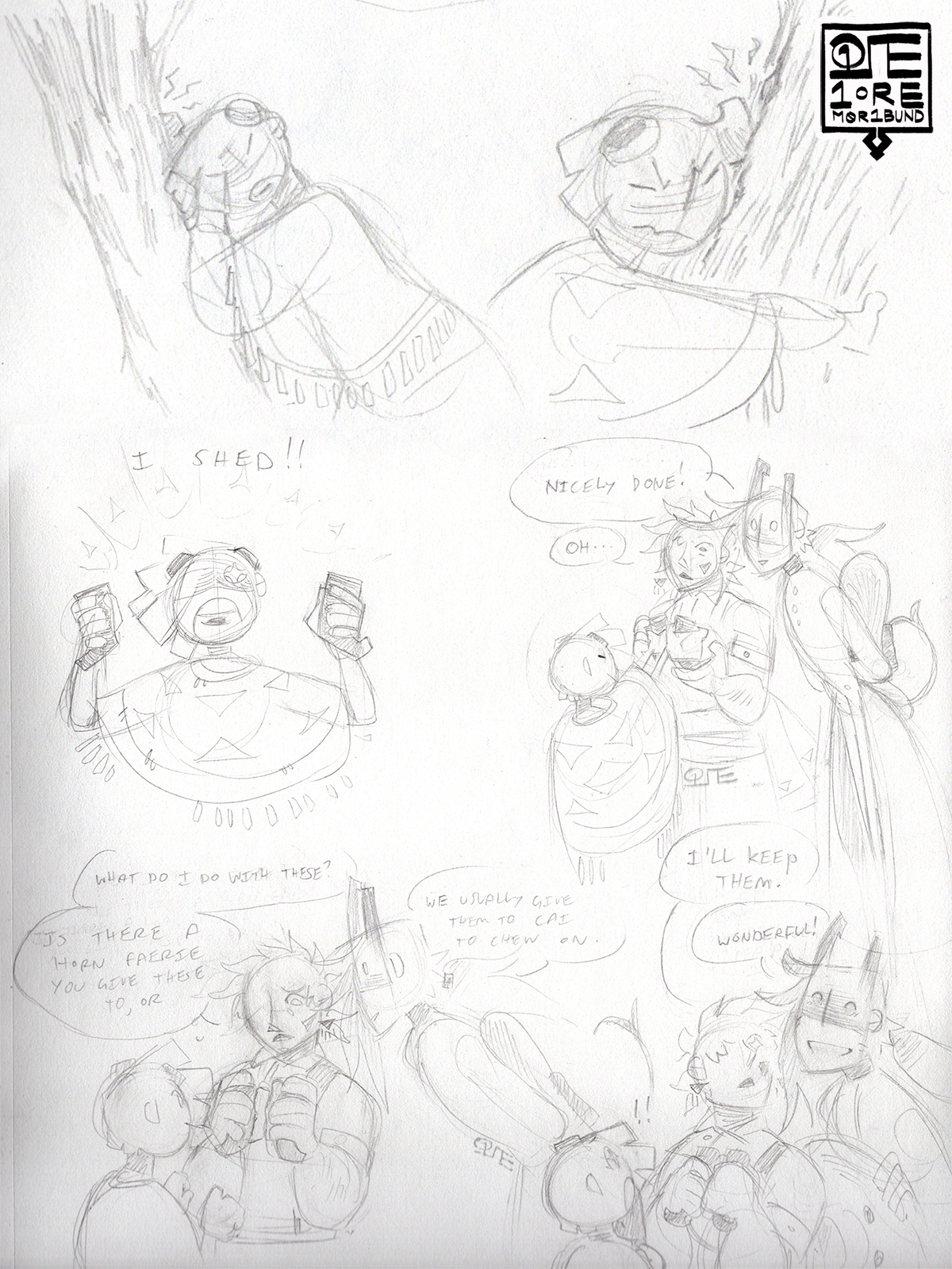 [Long description: Jesse's unnamed ward furiously rubs their horns against the thick bark of a mesquite tree. Eventually, it all pays off; they hold out their shed horns to Jesse and Redmond with stars in their eyes;

Jesse is tickled, but Redmond is a little unsure about them.

She takes the horns in her hands.

Redmond: What do I do with these? Is there a horn faerie you give these to, or

Jesse: We usually give them to Cai to chew on.

Redmond clutches them to her chest.

Jesse and the kiddo are delighted.

Love to name my characters. Still working on that one. Also: 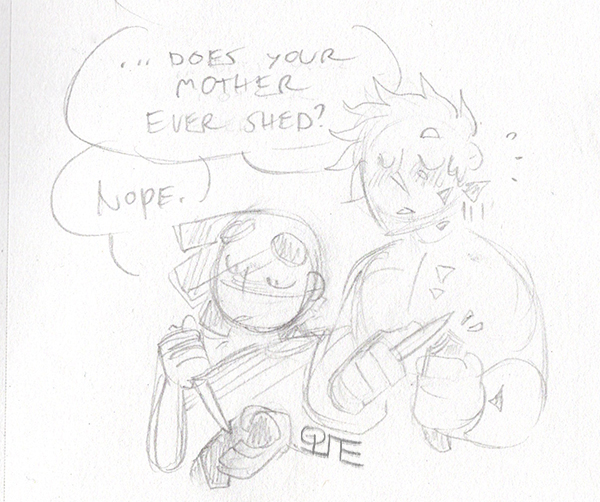