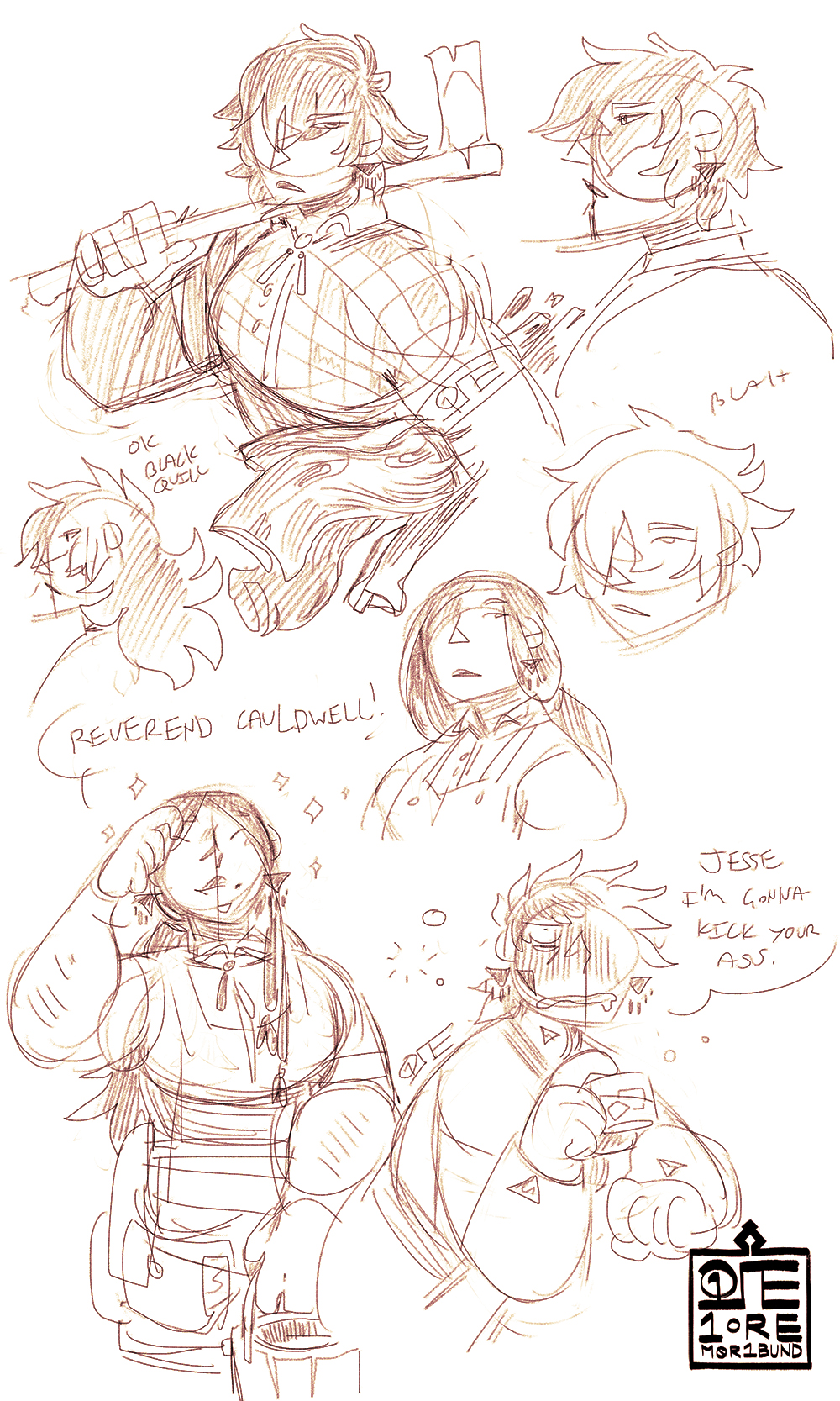 [Long description: Design drafts of Redmond, from back when she was still married. She has variously longer hair, tousled in some, and in others pulled back into long ponytails. She's a working woman in all of them, with a kinder and softer energy about her. Put side-by-side, she's almost unrecognizable; A younger Redmond brushes a few stray strands from her cheek and beams, “Reverend Cauldwell!” while her older self glowers over a shot glass and says “Jesse I'm gonna kick your ass.”]

Trying to design Redmond from when she was still married... All i know about her is she had longer hair before she cut and dyed it. anyway i'm calling out jesse for harboring the most domestic crush on god's green earth