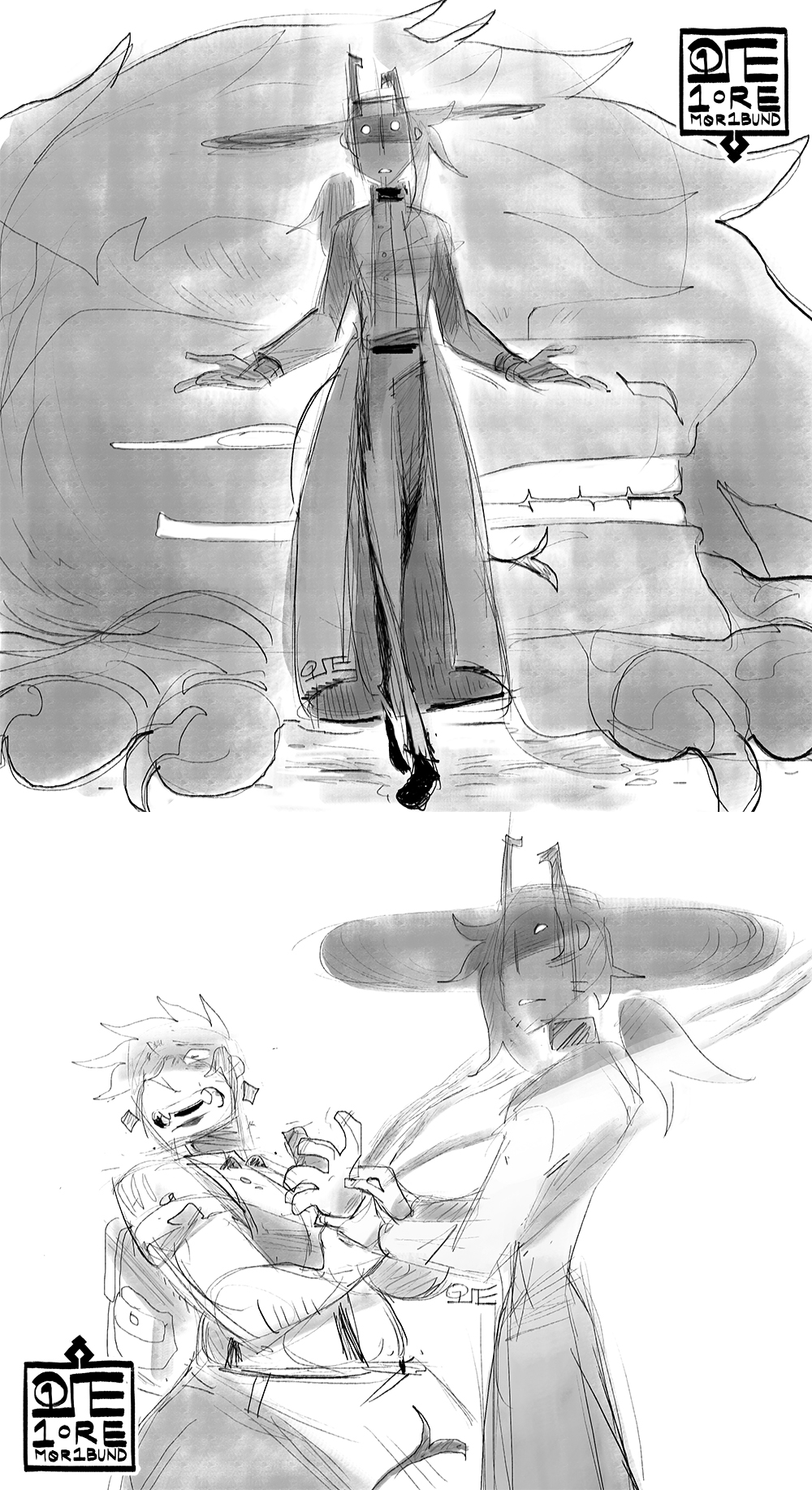 [Long description: The Reverend, serving a faustian bargain to Redmond and her ex.]

Jesse and Redmond's history goes way back. They first met (in person) when Redmond got lost in the woods with her shitty ex, who sold Redmond's soul to the devil in return for safe passage out of the woods.

Unbeknownst to Redmond's ex, Fantasy Satan is a lesbian an upstanding gentleman of the cloth and guided Redmond out of the woods in secret, so she could have a fresh start… But by the time she made it out, I think there was a degree of ~fey time that had passed. Her ex had already blown up the rumor that she was “marked by the devil,” haunting her wherever she went and destroying any chance at a normal life that Jesse promised her.

It’s the reason she threw herself down at the mercy of the Church, and became an inquisitor. Self-flagellating her final years on earth away before she succumbed to Certain Damnation was the only way she thought she could be a Good Person. That, and she’s, uh, kinda got it out for Jesse for accidentally fucking up her life. :^[

This is just Jesse playing up the bargain with Redmond's ex, though. It's the only instance so far where she leaned into her Literally The Devil cred and made herself out to be genuinely frightening.

Speaking of which. Redmond was in on the ruse: 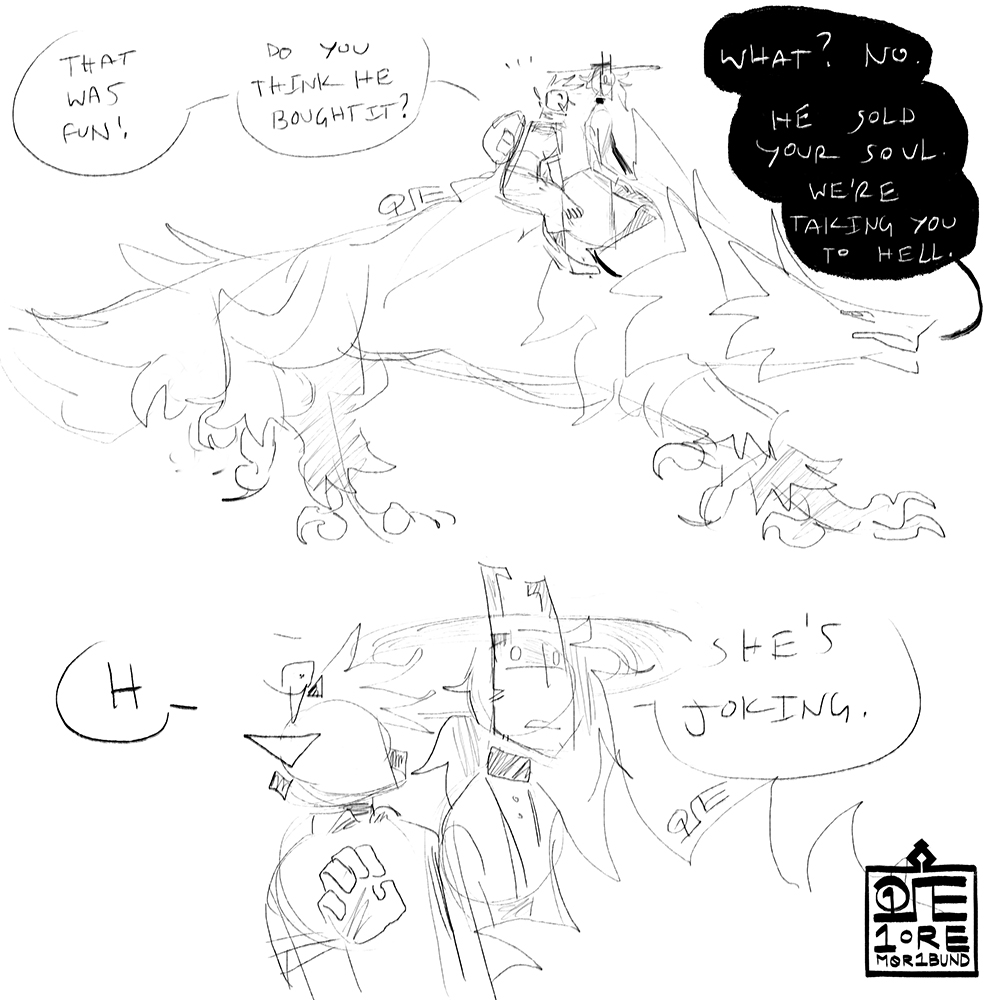