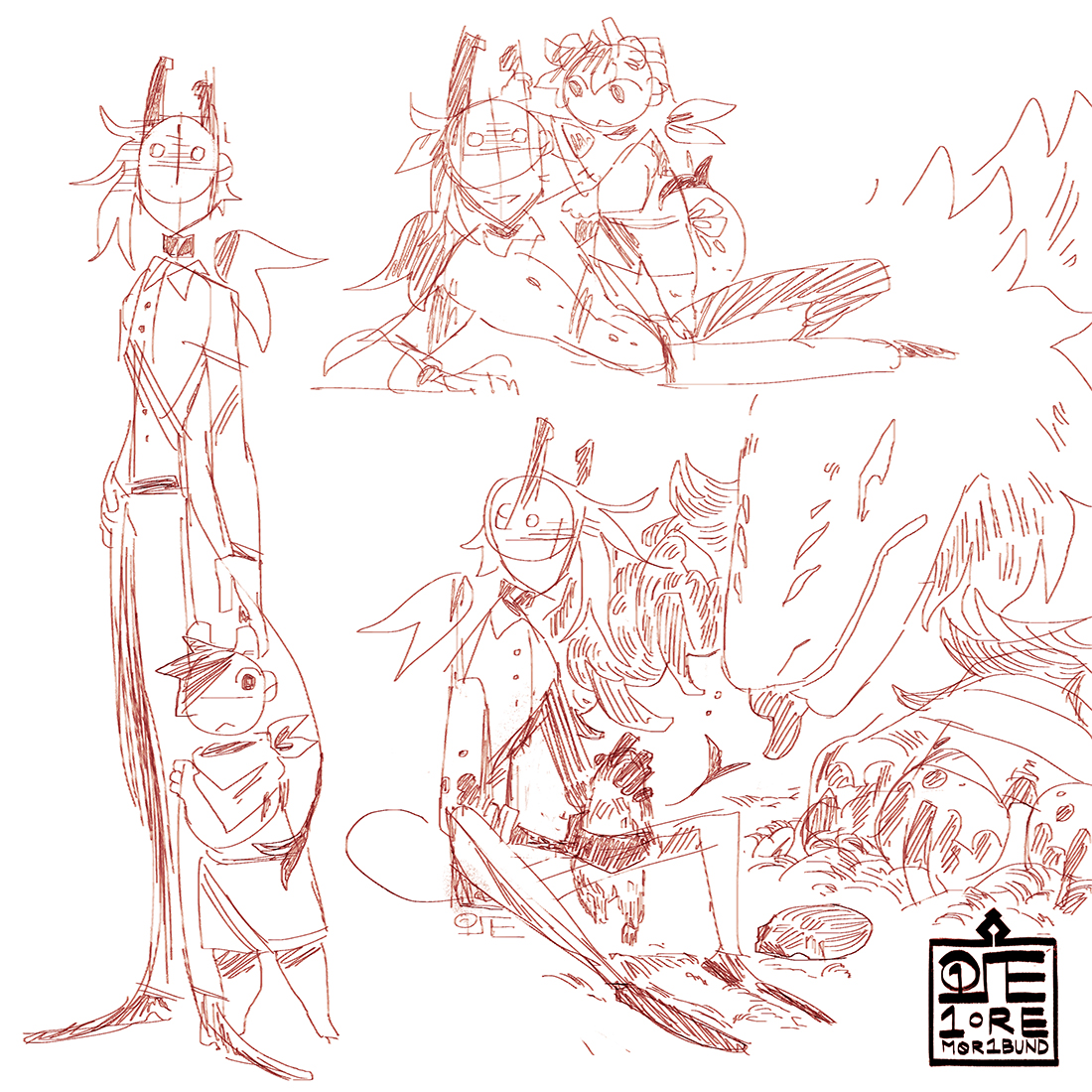 [Long description: Jesse, with her unnamed kiddo back when they were a toddler. They're a little more dour than a baby has any business being, and quite shy.

Also included is a vignette of Jesse shaping a rough effigy of the child out of caliche. The False Coyote tries to help with her massive, clumsy talons. ]

Redmond's history with the wild folk goes back quite a bit further than she likes to let on. Her ex-husband's faustian bargain with the devil is certainly one of the more dramatic interactions she's had with them, but it wasn't the first.

One of the reasons that Redmond was so desperate to escape is actually rooted in a prior attempt to save her marriage. I think there was a lot of tension over her inability to carry a child... It got to the point that Redmond found herself at the end of her rope, getting down on her knees to beg and plead with the woods folk to give her a child.

She got lucky. Jesse Someone or something had listened, and she received a pair of kiddos from the woods-- a son and daughter.

But, of course, they're changeling children and so are a little woods-touched. The son ended up very lucky-- Redmond's ex specifically wanted a son, and the kid did not manifest any of these woods-born traits until later in life... Not so for the daughter, who bore prominent horns.

I think that terrified Redmond and her ex, who refused to speak about it; it blew Redmond's whole “begging the woods to give her a baby” plan out of the water, and convinced her ex that she'd just borne like. A literal devil child into the world. This ultimately leads her ex to abandon the child in the woods in secret.

I think that, despite her fear, Redmond very much loved that child and she has always, always suspected foul play in their disappearance. But at the time she could do nothing but stand by and swallow her tears, she was so helpless in her marriage.

Anyway. The wild folk can't actually create life (the lower right is Jesse trying to shape a child out of caliche. You know, as one does.) but Jesse, the bastard, found a way. That's how she ended up going “gotta do everything my damn self around here :\” and raising the disowned kiddo on her own.