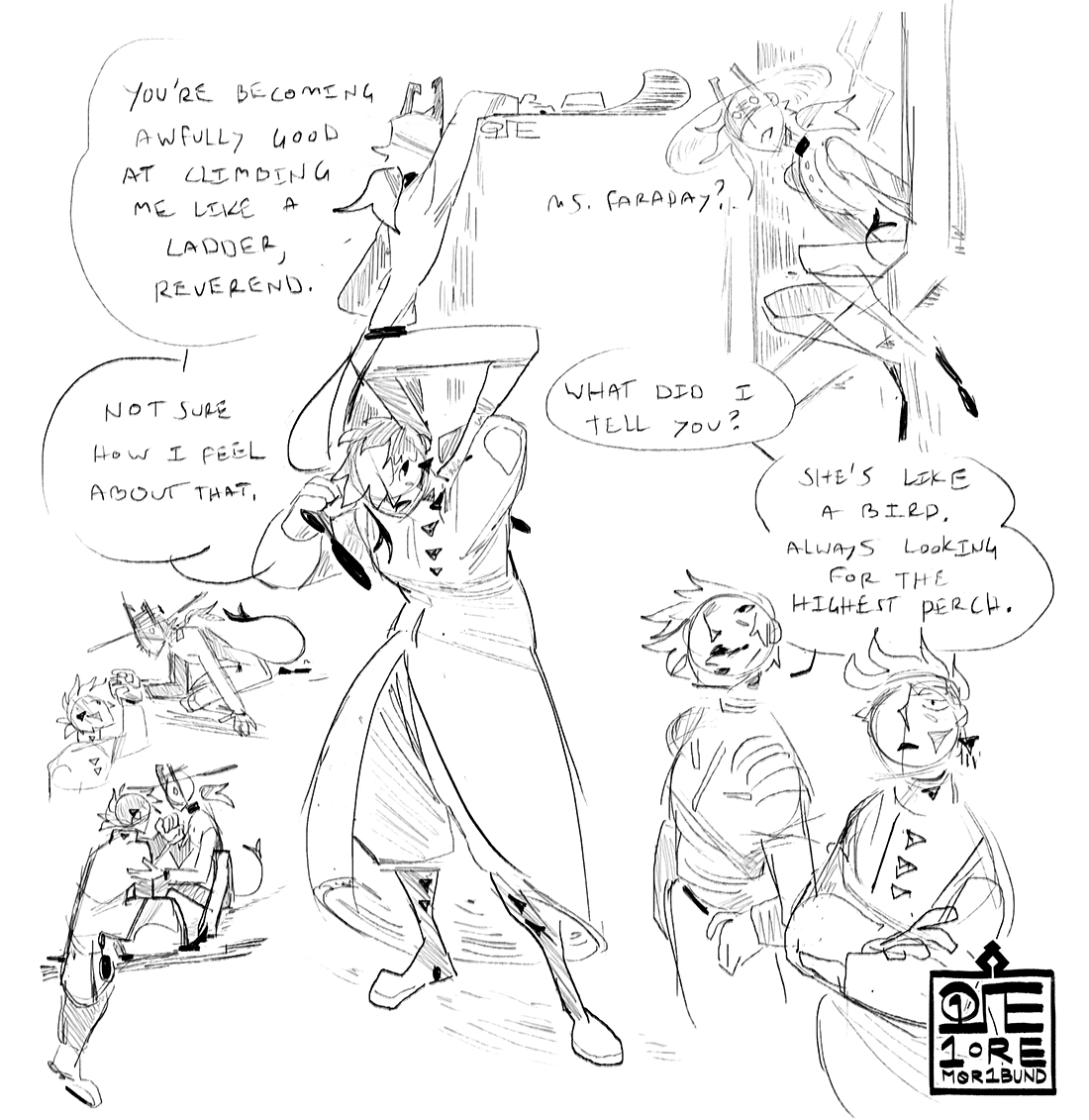 [Long description: Assorted Jesses at new altitudes. In one, Redmond hoists Jesse up on her back so she can reach her lost galero, and says;

Redmond: You're becoming awfully good at climbing me like a ladder, reverend. Not sure how I feel about that.

In another, Jesse peers down at the False Coyote and Redmond from her perch on one of the curch's stained glass windows.

False Coyote: What did I tell you? She's like a bird. Always looking for the highest perch. ]