[Long description: Jesse joins Redmond at a bench, as the woman reads.

Redmond just hums, and lets her take a seat...

... Until the Reverend's tail lies where it lands: clear across Redmond's lap. Redmond doesn't know what to do. She silently panics, glancing around for help. If the Reverend at all notices, she makes no indication. Redmond balls her hands into fists in her lap, trying to keep herself together while the Reverend's tail flicks idly against her knuckles.

Redmond finally resolves to do the only natural thing she can do in that situation, and strokes it gently. That catches the Reverend's attention; her spine goes straight as a board.] 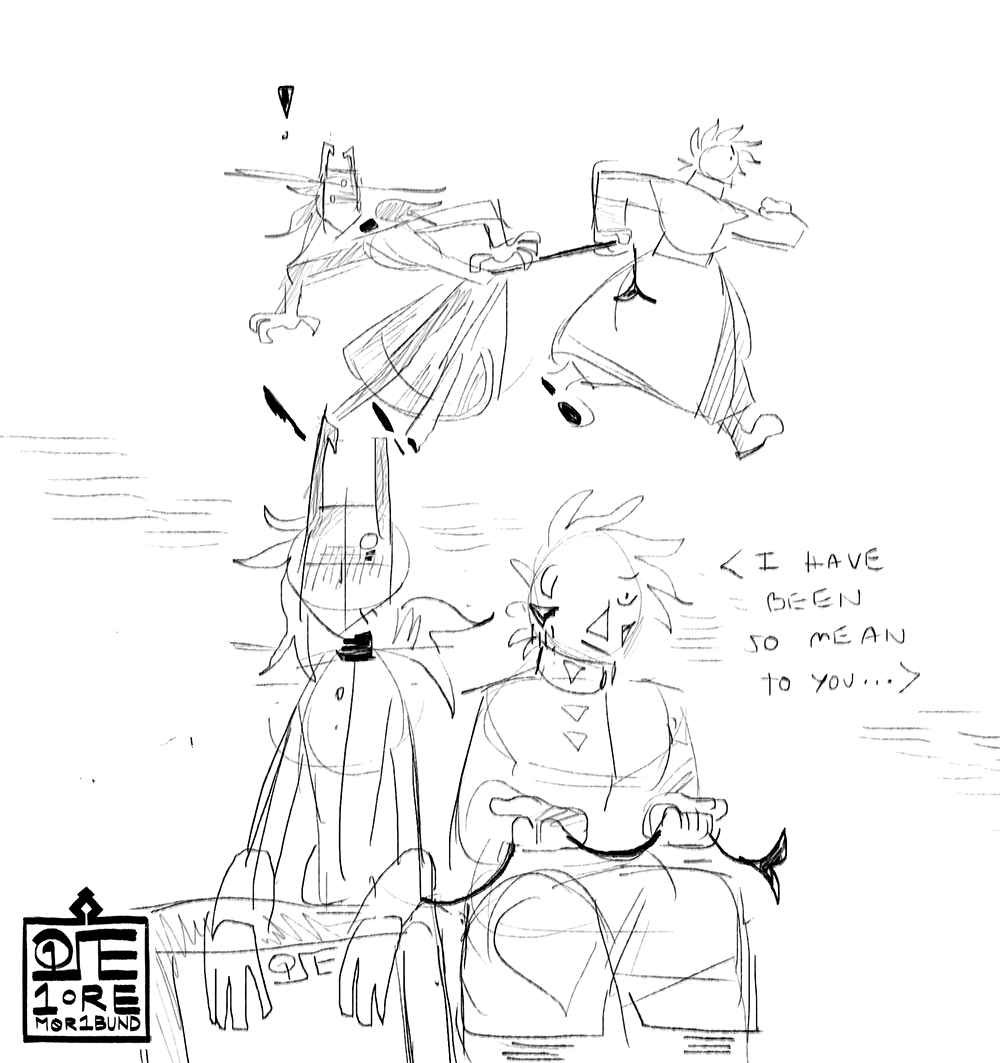