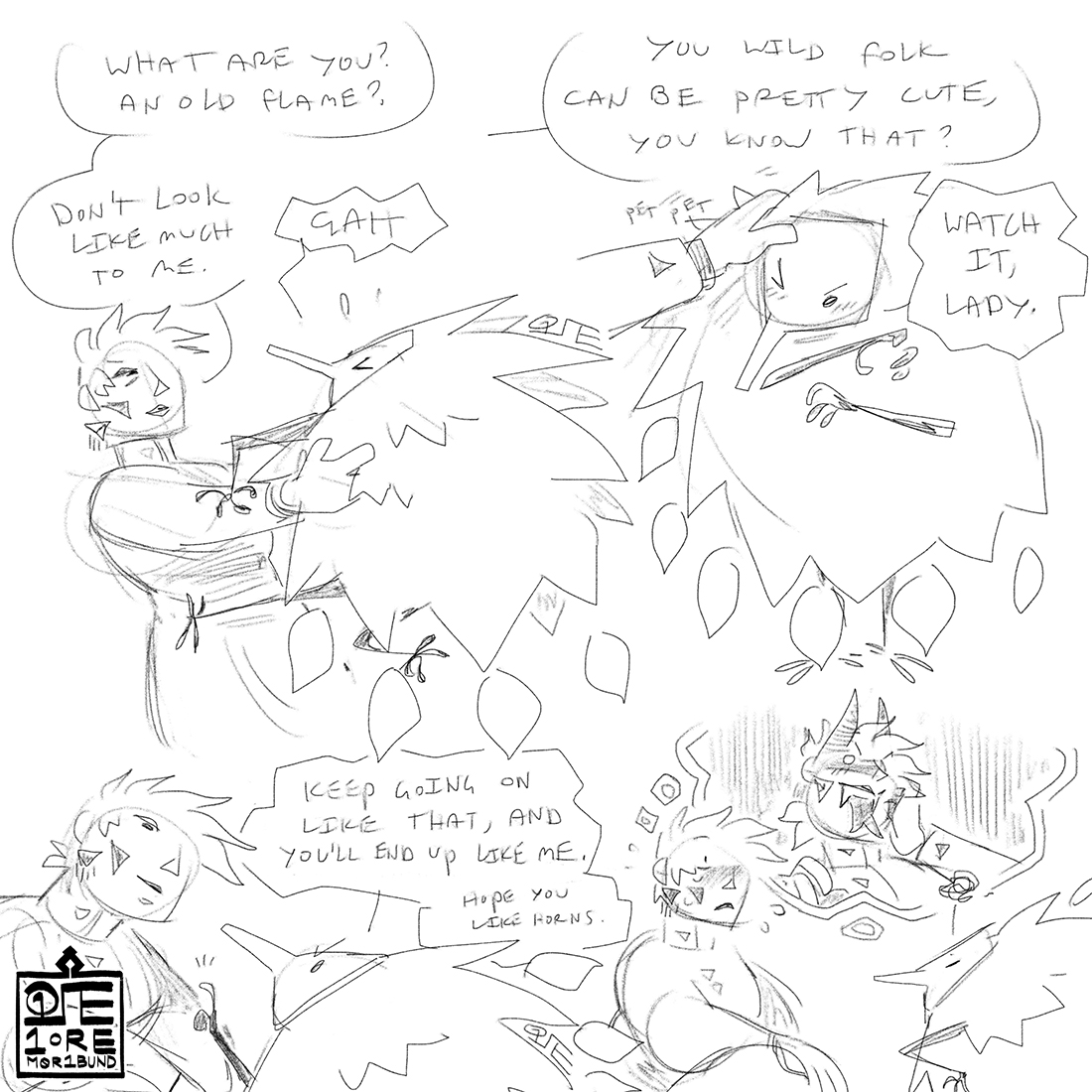 [Long description: Redmond picks up one of the wild folk, an impish little hummingbird mask with a huge fur shawl concealing her tiny frame.

Redmond: What are you, an old flame? Don't look like much to me.

Redmond sets her down and pats her on the head.

Redmond: You wild folk can be pretty cute, you know that?

She wags a finger at Redmond, who just looks down at her patronizingly.

Redmond blanches at the thought, picturing herself as some sort of unhinged demoness. The Hummingbird just sets her hands on her hips and scowls at her. ]

Just in case you're wondering how the Hummingbird is doing by the time of Jesse and Redmond's story.