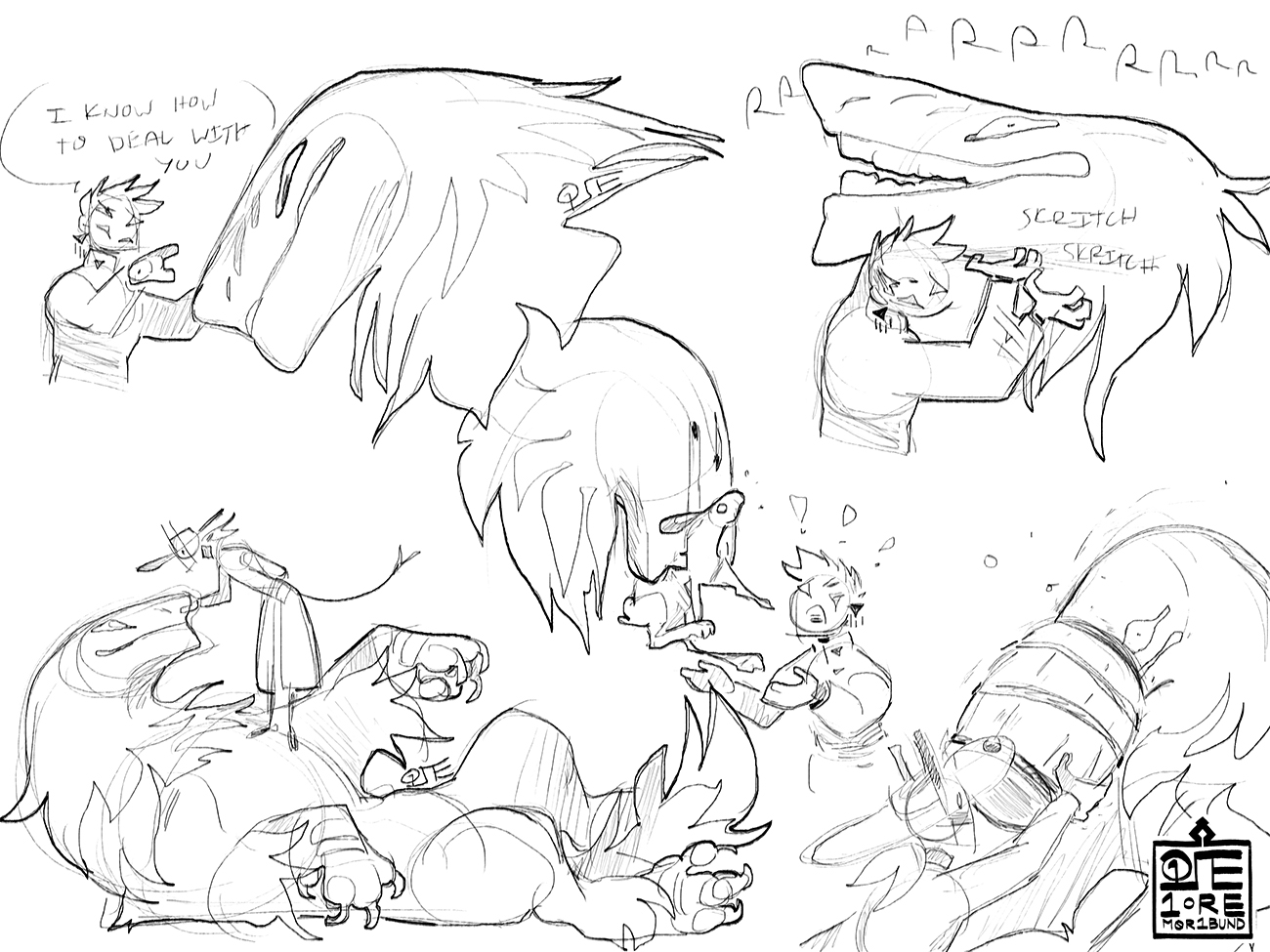 [Long description: The False Coyote, being-- well-- a big non-coyote. Redmond levels with her coolly;

Redmond: I know how to deal with you.

She proceeds to scritch the False Coyote under the jaw, winning a rumbling purr out of her.

Also enclosed: Redmond berating the Coyote for scaring the daylights out of a hare, and The False Coyote getting her head stuck in a barrel (Jesse helps out.)]

The False Coyote is very mellow in Jesse and Redmond's story, so they get to interact with her the way god intended.