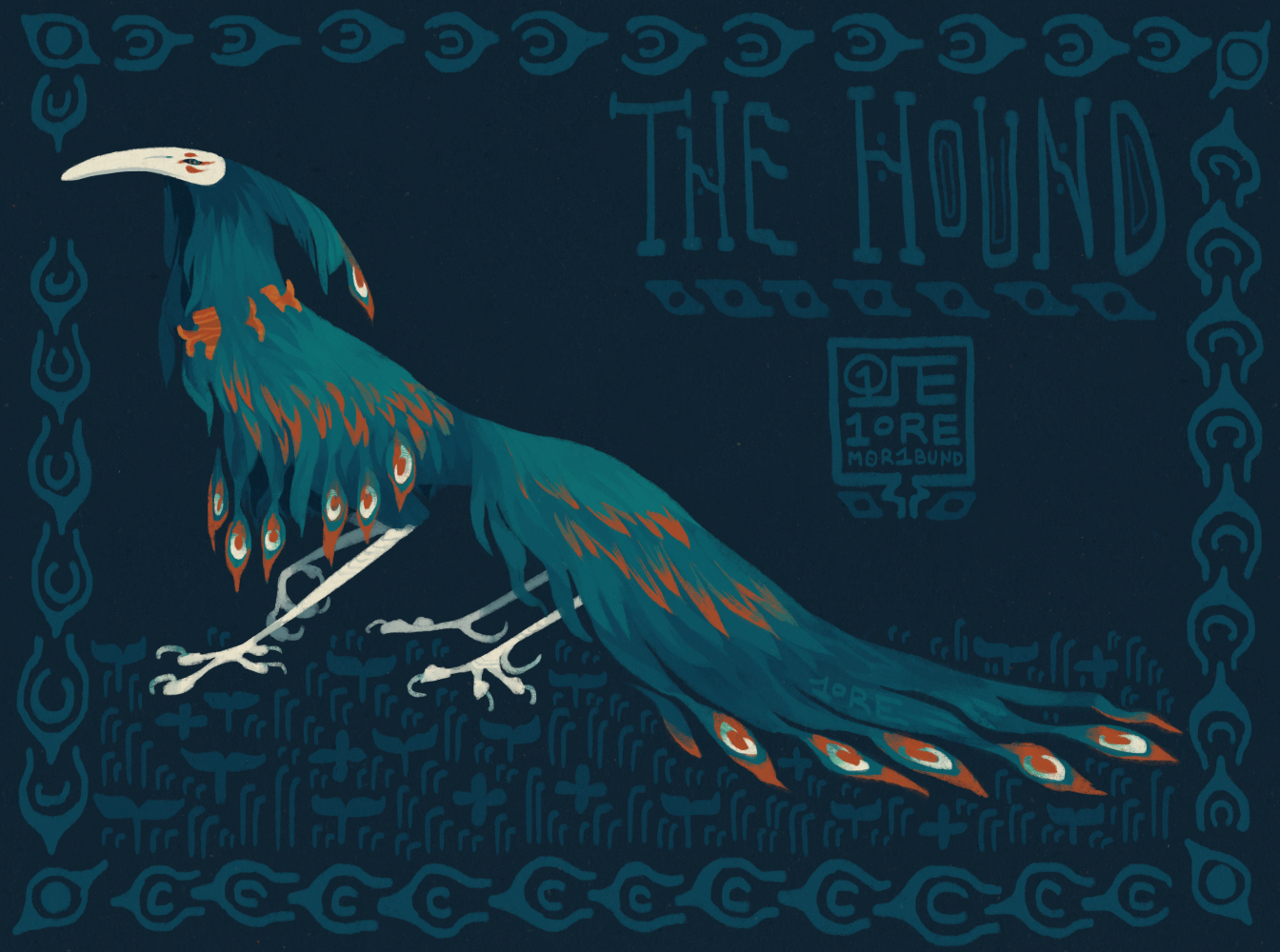 [Long description: The Hound, a wiry sighthound-like creature with bird feet and a smooth, curved muzzle. Their fur is blue-black like a magpie, with long, feathery eyespots in some places. A bronze collar hangs heavy around their neck.]

We tell a story about it, you know—the Hound that haunts those ruins.

In the days of our foremothers, there was a king who fashioned himself the patriarch of his people. He had the tastes that all men of power do: a thirst for land, blood, and dominion over lesser things. Even wild beasts could not escape his avarice… It’s said that he acquired quite a menagerie in his time, and the crown jewel of his collection was his beloved Hound.

Rebellion came to his doorstep, of course. Seeing the fierce grief in the faces of the people, the Hound quailed. For the first time it knew of others that suffered as it did. So the king moved to strike the creature, to excite it to violence on his behalf… And his fist came down upon it for the last time.

Charity adoptable for friend snoodls. The proceeds from this guy went to Apache-Stronghold, to help them in their efforts to save Chi’chil Bildagoteel (Oak Flat) from a destructive mine.

Chi’chil Bildagoteel has been on my mind a lot lately, and I’ve been in a critter design kind of mood, so maybe there will be more of these guys. We’ll see! In the mean time, if you have some time and heart to share, you can read more about the issue here. Apache-Stronghold has some suggested actions for the area, if you would like to help from wherever you are with your voice, talents, etc. Now more than ever there’s a lot of good that can be done that way.

You can see more of what snoodls has done with the Hound here, as well!