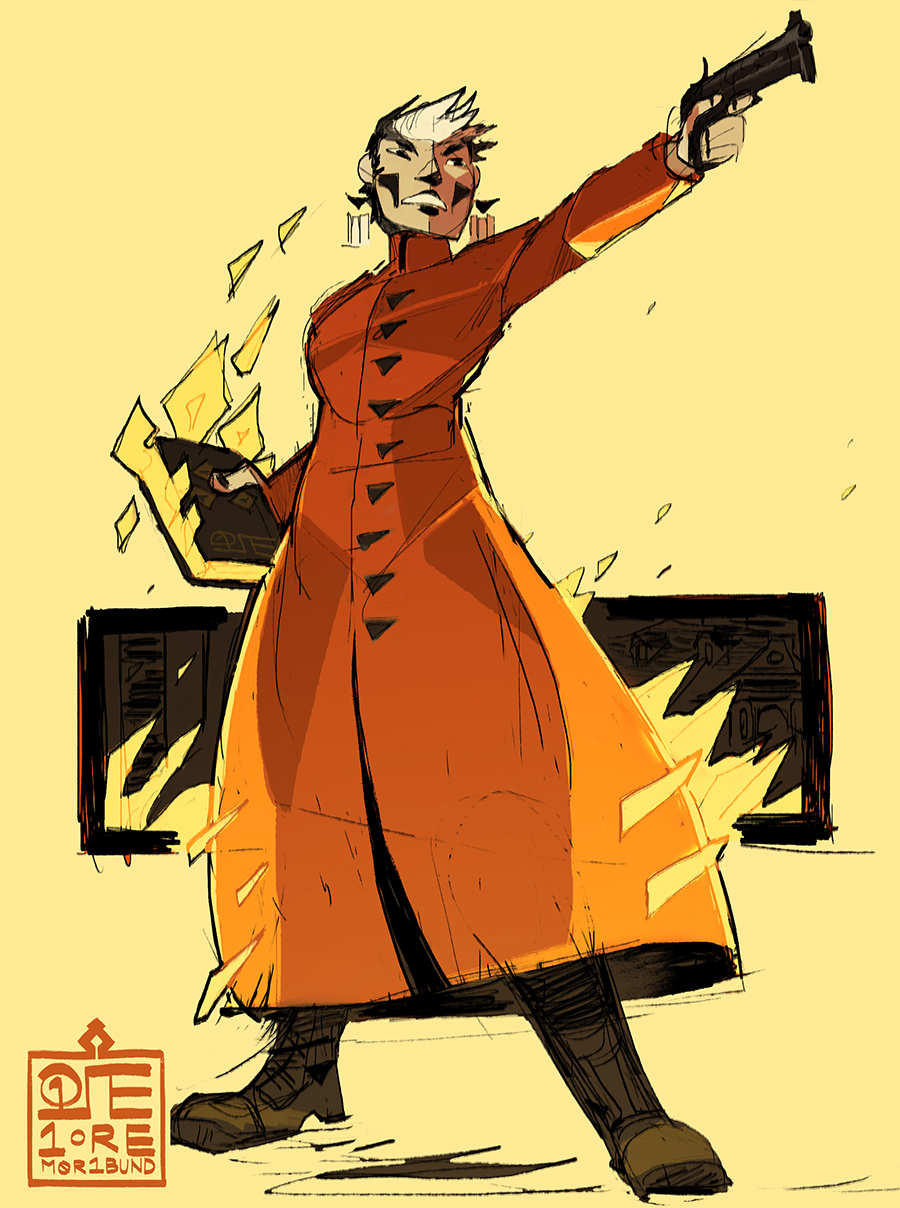 [Long description: Redmond Faraday, a somewhat small but tenacious inquisitor. She is, in fact, dressed toe to tip in red.]

playing with this girl’s design :^p but it’s about time she got one of these too.

I know a lot less about Redmond than I do Jesse. She’s some sort of Inquisitor who forcibly adopts the Reverend as her arch-nemesis in what she sees as a battle for everyone’s souls. But Jesse just sees Redmond as an equal / potential friend and treats her with almost somber, apologetic courtesy

It’s possible she and Jesse have some kind of prior history, which causes the reverend to bend over backwards trying to smooth things over with her (though that’s not exactly out of character for Jesse by default.) Perhaps this association is what led Redmond to become an inquisitor in the first place; self-flagellating to try to salvage her standing with the rest of the world. I imagine this would make her resentment of Jesse very powerful indeed.

In general, though, the Inquisitor is the world’s most affected Lawful Good Paladin Who Can And Will Strangle The Daylights Out Of Fantasy Satan. She’s very black-and-white in her sense of justice, as she’s been trained to be, but she also has a strong belief in the idea that anybody* can be Saved (and that it is her Personal Responsibility to make sure everyone has the tools they need to succeed)

*except reverend cauldwell fuck you

also did a bit of spitballing about her and the Reverend in general (some of which is quoted here)-- they're in Early Development and it's rare that I get to share in that. You can find all that here.