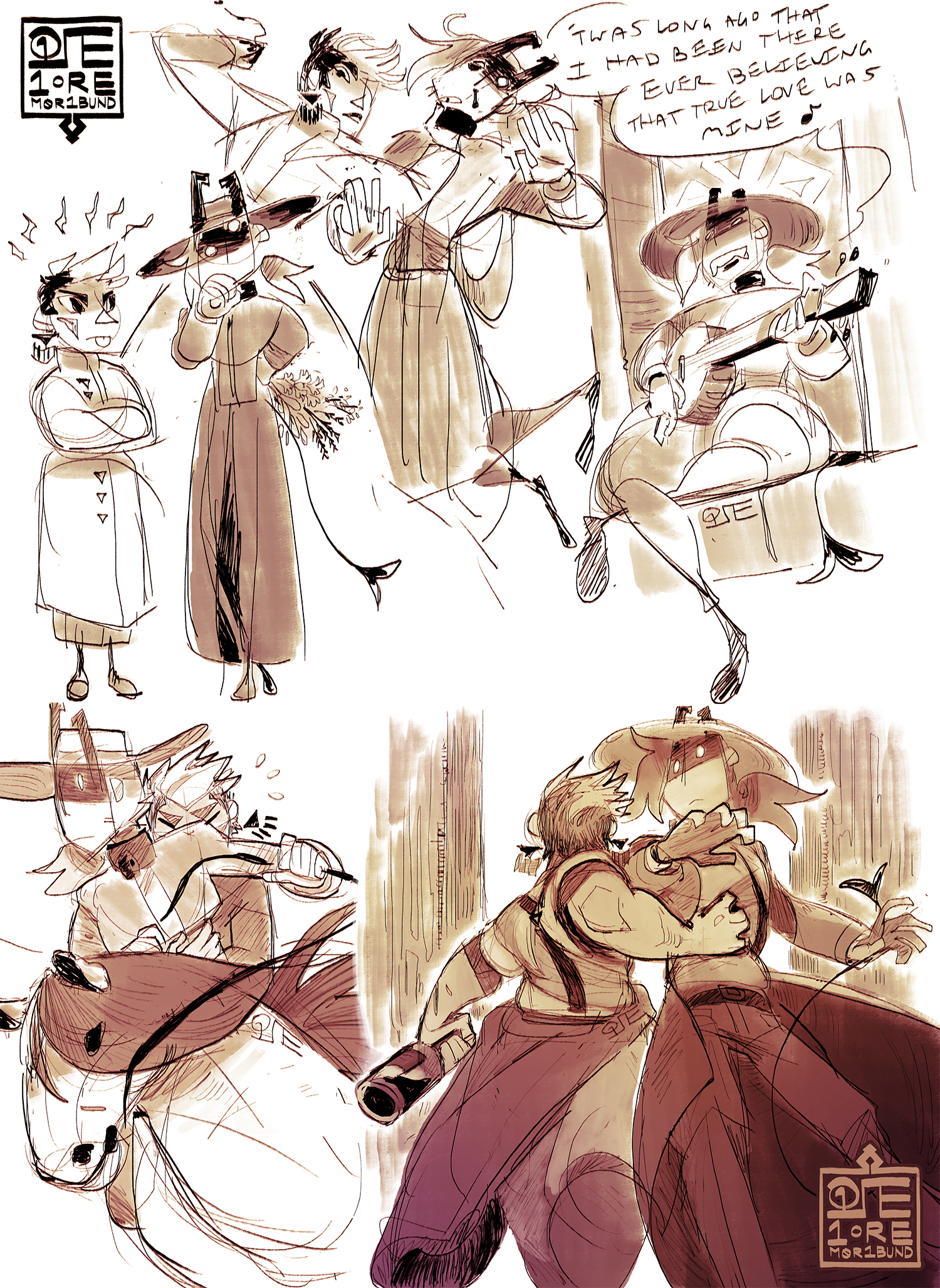 [Long description: Sketch pages of Jesse being (wo)manhandled by Redmond. It includes, among other things, Redmond having a rough time keeping balance on horseback ( Jesse helps out; ) Redmond deciding to take the reverend outside to settle this like men; Jesse singing a few bars from Scarborough Fair;

Jesse: ‘Twas long ago that I had been there, ever believing that true love was mine.]

I’ve had Wolfgun’s rendition of Scarborough Fair and Katzenjammer’s Demon Kitty Rag on quick rotation, which has put me some kind of mood.

I miss blogging about character dev as it’s happening, and it’s an exceptional occasion that I get a kick for anything that isn’t moribund-related, so I thought it would be fun to journal my thoughts on these two as they coalesce.

here’s what I got so far:

Jesse Cauldwell is the reverend to a small town of castaways, exiles, untouchables and ex-cons. Everybody has a tacit understanding that she’s (horns gesture) but she’s such a woman of community that nobody talks about it. This unspoken agreement becomes so ingrained in the town’s culture that folks start barfights with strangers that Just Don’t Get It over her good name.

But not even the town really knows what or who she is– a trickster entity, a dedicated theatre major, the devil. She just blew into town one day and spoke the word so well that folks have been flocking to the dilapidated chapel ever since. It helps that she’s done so much to improve things, and every one of her church songs is what the kids call a club banger.

her congregation caught the eye of an inquisitor who blew through town recently, and so she’s in a secret on-again off-again desk romance with her politely abiding investigation and cautiously waiting for the right time to invite the inquisitor in to collaborate.