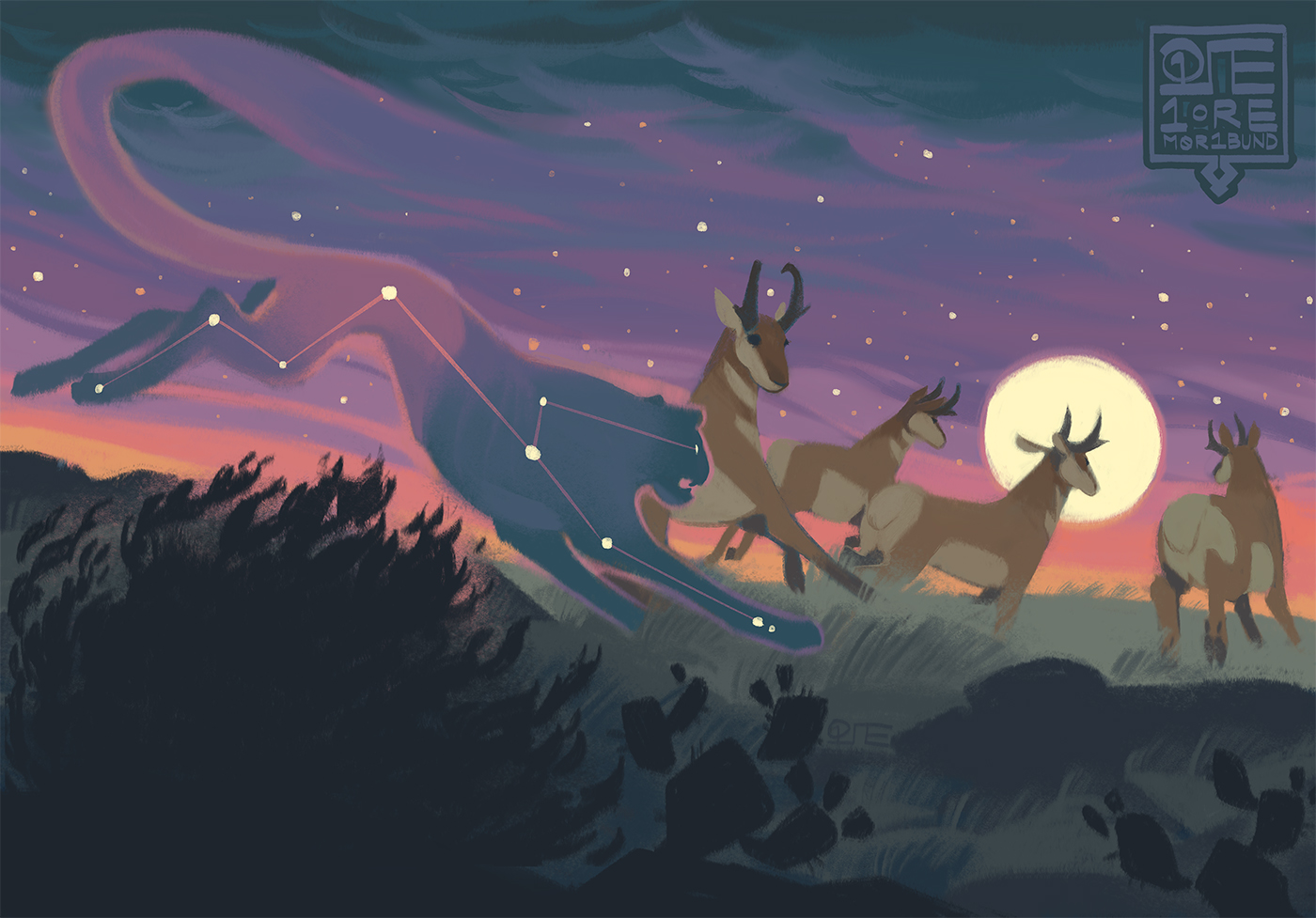 [Long description: A small herd of pronghorn take flight over the open mesas of the Agua Fria National Monument, just before dawn. They are chased always by the memory of predators of old.]

silly little something for school. The extinct American cheetah (Miracinonyx trumani) chasing pronghorn (Antilocapra americana), modern descendants of their oldest foe. I am not much of a reconstructor, so I chose modern pronghorn and a modern setting for this.

Pronghorn possess an absurd overland speed-- up to around 55, 60 mph, depending on your source. They're the fastest terrestrial animal in the Western hemisphere, and are second only to the true cheetah in the global theatre. But they can maintain this speed for much longer than the modern cheetah, and wildly outpace all of their extant predators (the coyote, for example, tops out at about 43 mph, and the puma at around 45 mph.) Enter the American cheetah, a cousin of the puma with long, sinuous legs, a short snout, and an enlarged nasal cavity that suggest a career burst-sprinter— popularly speculated to be the source of the pronghorn's need for speed.

The idea that pronghorn are running from the ghosts of their past is extremely my bullshit. But we're also not sure whether the American cheetah could actually keep pace with the pronghorn of old; the discovery of Miracinonyx fossils in the Grand Canyon may suggest a lifestyle more like that of a snow leopard for this population, ambushing mountain goats among the rocky cliffs. So, in a way, maybe this is the ghost of theories past; uncertainty about just who the pronghorn needed to run from, and uncertainty about who the American cheetah might have chased.

You can read more about Miracinonyx's relationship with pronghorn here, and check out the San Diego Zoo's factsheet on the genus here.