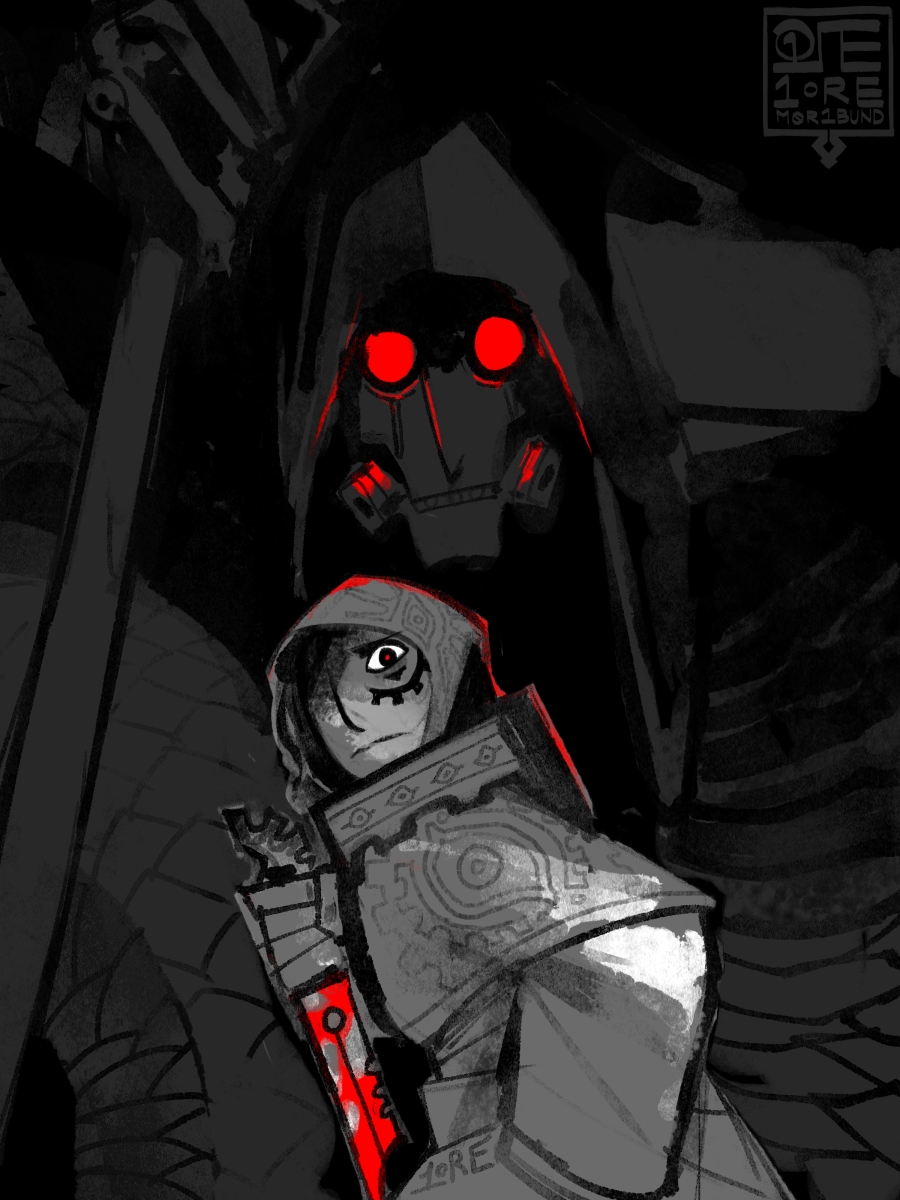 [Long description: The late Archivist, Markus Severinus, prepares to commit regicide and/or deicide in the darkened halls of the god-king. He grips a bloody dagger and glances back at the camera, his expression full of both resolve and fear. Two huge, red optical lenses light up the dark, as a large figure appears in the murk behind him.] 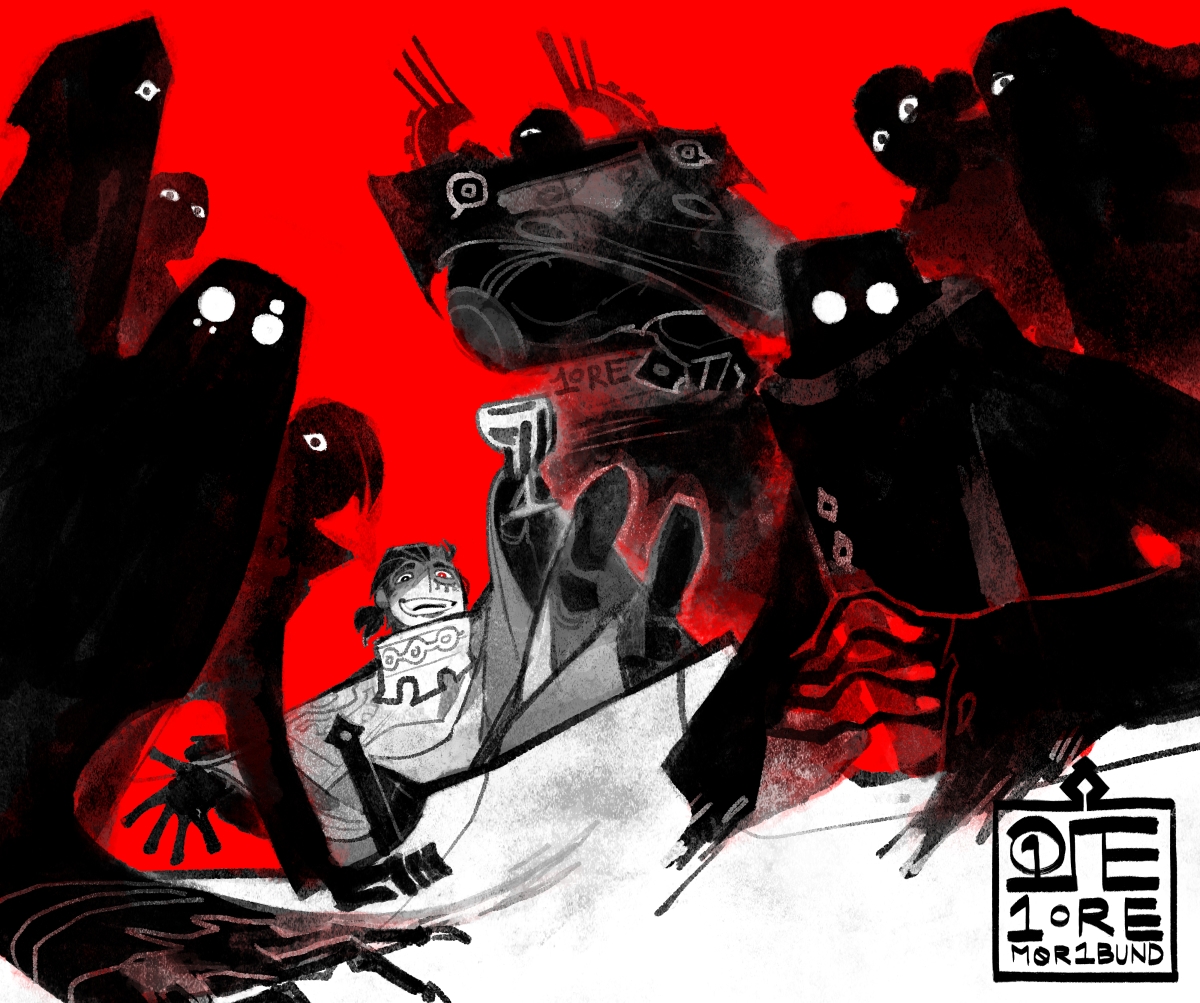 [Long description: Markus kicking his feet up on a long table with a glass of wine. He gestures theatrically and smiles good-naturedly while looking down the table, at the viewer. The crowd around him is rendered as black silhouettes with white eyes, which stare in pitiless intrigue at the viewer as Markus’ guard goes for her sidearm.] 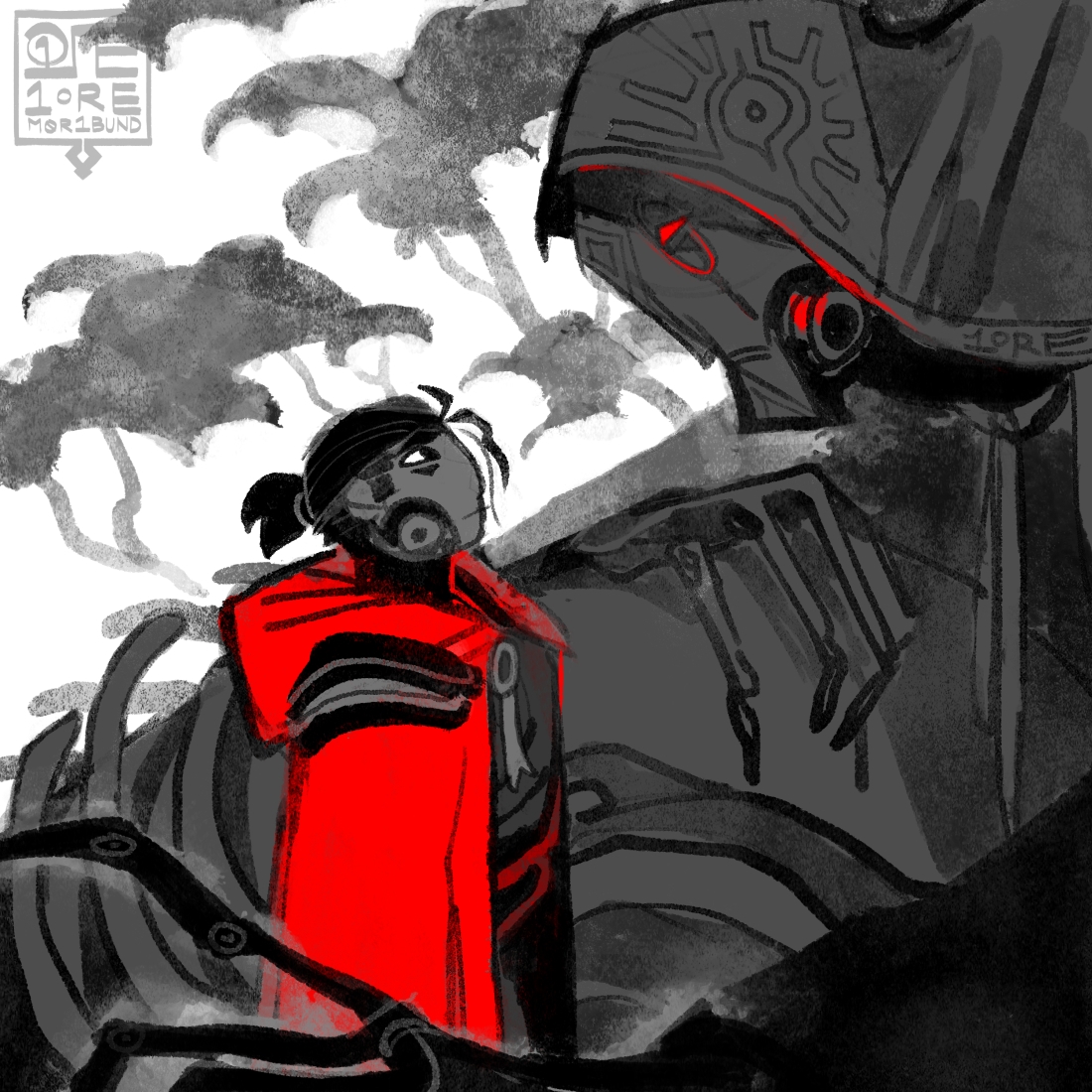 [Long description: One cyborg MarkOS having an audience with the Col, in the boughs of his pine tree. The ancient secutor has to lean down almost on his ‘knees’ just to be level with him.]

It’s finals week and I don’t have the braincells to justify or introduce this except by quoting my earlier ramblings from my personal blog:

am also thinking about markus' ascent to power and ambitions of grand treason being groomed for his eventual assimilation into the Col's collective amalgamation of assimilated consciousnesses, i.e. the Powers That Be throwing the empire's "best and brightest" into the god-machine and hoping for the best. I think MarkOS and the Col would have some very fun conversations.

alternatively: AU where they were successful in shoving Markus into the Col, but the Col slowly becomes a rogue AI because Mark just continues scrabbling to the top, frenzied on all fours and covered in blood, but from inside the databanks instead. unstoppable desire to kill god

cannot act on any of this but I'm rotating it in my brain.

I don’t remember if I talked about Markus and the Col over here. We got text on deck. text on the floor. Posted.