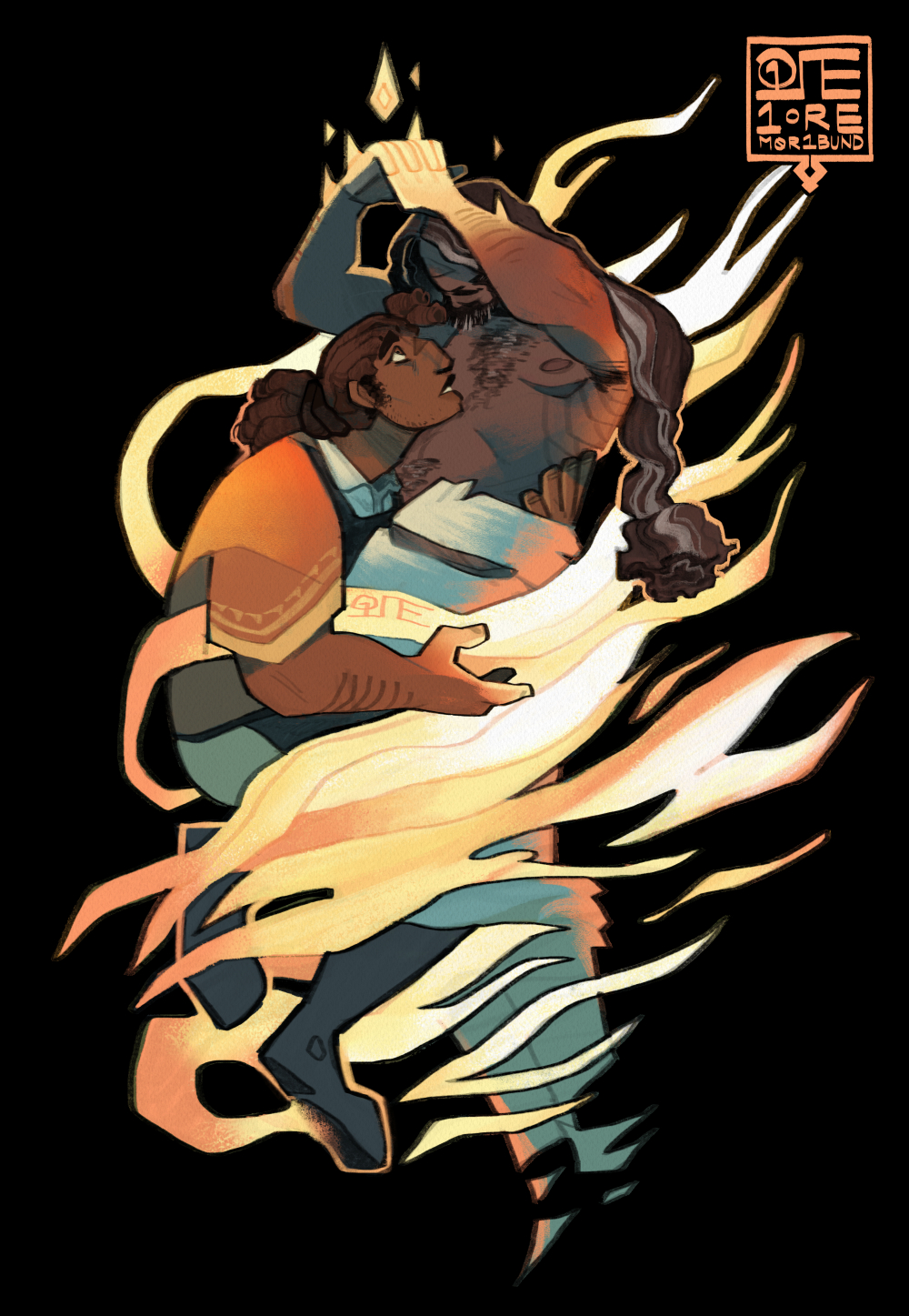 [Long Description: The White Ghost Ashe stands to full height, clasping his hands in prayer as the world immolates around him. He doesn’t have eyes for anyone but the man at his feet, though. He looks down tenderly on the face of his lover, Morgan, who embraces Ashe and looks back at him in awe, wonder, and not a little infatuation.]

oh, you're good to me

With the roar of the fire, my heart rose to its feet
Like the ashes of ash, I saw rise in the heat
Settled soft and as pure as snow
I fell in love with the fire long ago

tfw the love of your life is the White Ghost of the ash tundra, bloody butcher and universally feared monster of a man, but in a strange turn of fate he saved your life and you got to know each other and he’s not a Good man but he’s a good man, if that makes any sense at all. And between the horrors of the ash tundra and the horrors of his own past, it’s hard to tell who is the killer and who is the martyr, but he is, against all odds, chasing a better life even though he doesn’t believe he deserves it. And you don’t know if there is a way to reconcile the man that you know with the man that everyone else knows, and when you express this, he tells you that there really Shouldn’t be a way to do that. But it doesn’t feel right that only you should know his smile, and his laugh, and the way they make the salt-and-pepper streaks in his beard shine, and his undereye bags crease with delight. And you just think he’s neat,