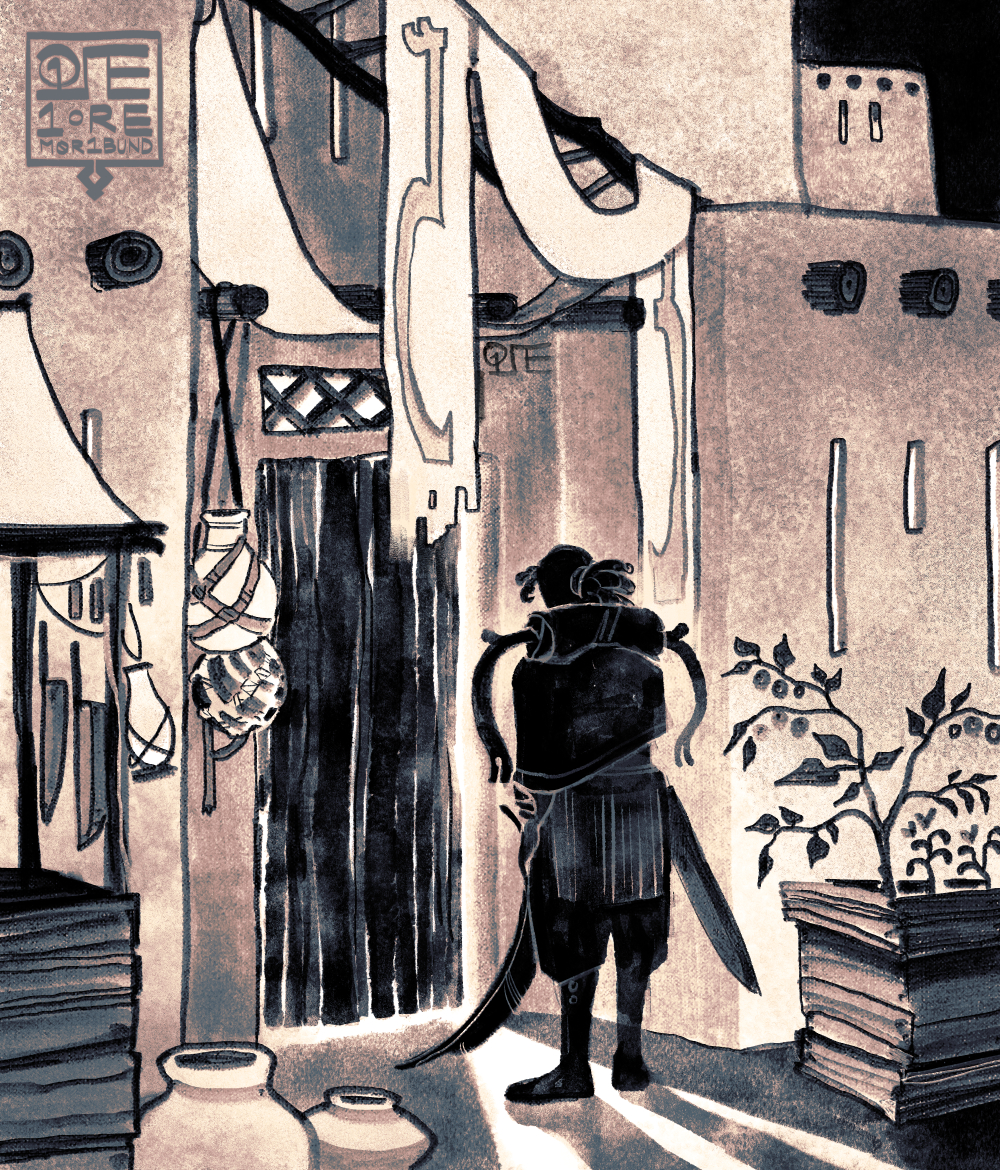 [Long Description: A typical Basedti storefront, a narrow doorway inset into a cluster of adobe façades. A crooked ladder is propped on the level above the doorway, and from it is strung several banners depicting a hina (brundel recurve sword) or perhaps a khopesh or shotel, indicating a smith’s workshop. The stall outside the building has several blades hanging from it, as well.

Morgan’s meek silhouette loiters at the door, holding one of the storm bird’s enormous feathers in his hands. He is too prideful (or perhaps too grief-stricken) to approach.]

We all go the same way home.

The Son Never Shines (On Closed Doors) is one of those songs that makes me cry on command, hah. Anyway. Morgan visits mom.

Morgan’s mother is a significant character to me, but she’s also one of those characters that might never quite make it out of my head. She is hard to explain… She and Morgan are both smiths, and they share the same, intense guilt for outfitting Basedt’s Wall Watch with arms and armor and sending them away to die.

But her grief is a little more complicated than that. She loses more than a son to the woods, when Morgan later throws down the hammer and takes flight from Basedt. Still, it doesn’t change the fact that she was not the mother she wanted to be for Morgan.

In his ~40 some odd years, Morgan realizes that he is not the son he wants to be, either.