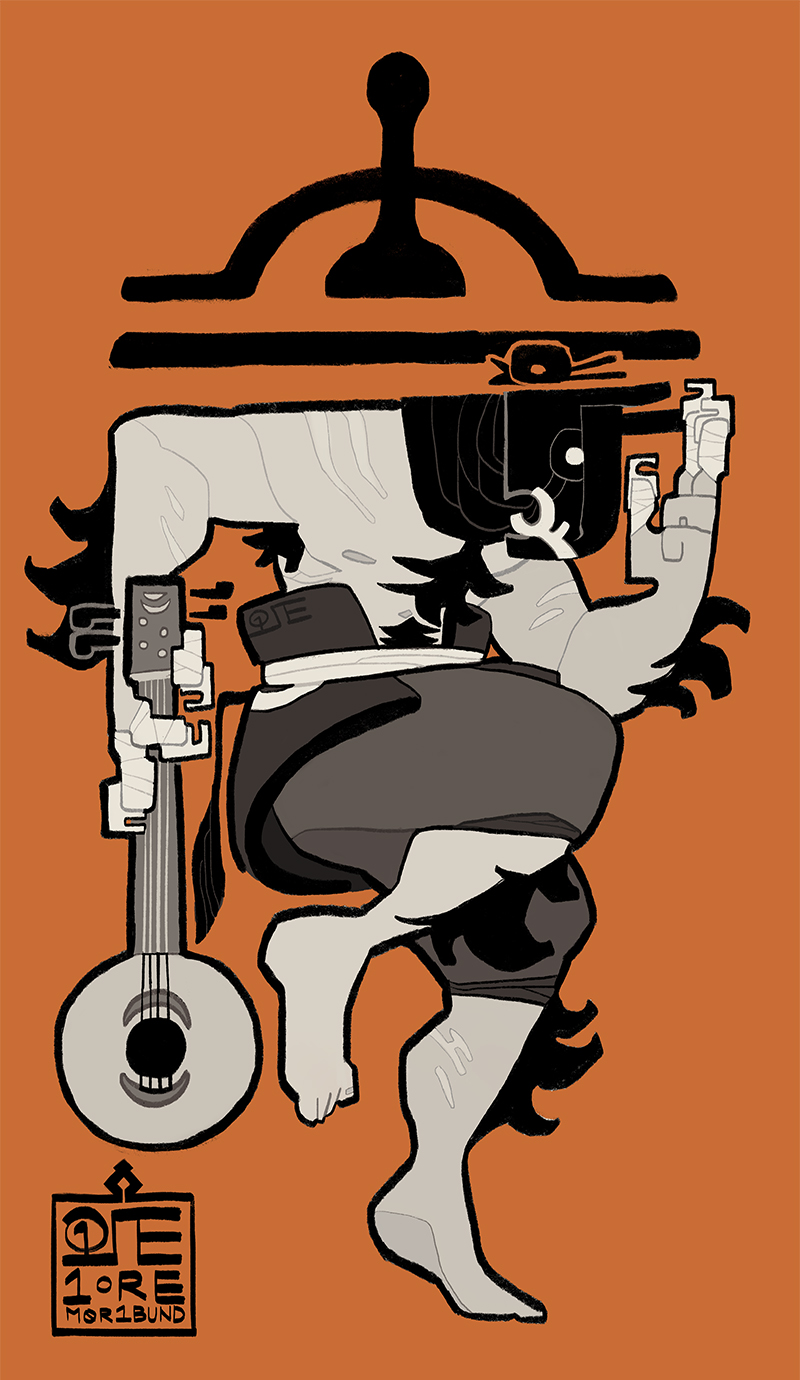 [Long Description: General Dai wearing the Sundog's mask, defanged and burnt black. He holds in one hand a ruan-like instrument, his back bent crooked under the unwavering eye of Sentin.]

High Asthaom is full of complicated history. Dai Hei is a piece of that.

A disgraced general and bygone relic of Asthaom's only war, Hei considers himself to have wrongly escaped the fate of the god that conditioned him into a weapon. But rather than face exile for his crimes, he is celebrated for rebuking Motu's iron grip-- a decisive act of resistance that inspired thousands of his fellows to defect, thus ending the war.

Not to say that he is celebrated in the same way that, say, the Beast Out of the East is. Hei is not so easy to decorate. He is much less glamorous, a painful and messy wound that rejects all attempts to reconcile this violence with itself. There is very little standing between him and a life of self-imposed banishment, but for a need to remind Asthaom of its ugliest history.

All this to say that it surprises nobody, when Hei inherits the definitive emblem of violence: Motu's mask.

Rather than discard it like the common trash it is, he decides to retrofit it. Co-opting the Demagod's mask is a calculated act-- It is physically and metaphysically defanged, stripped of its capacity for bloodshed. Put in concrete terms: There is now no possibility that it might be used as a symbol of cruelty, by any remaining lexarc that harbors the same sickness that rotted Motu's heart.

Anyway. This piece is wives with this piece.