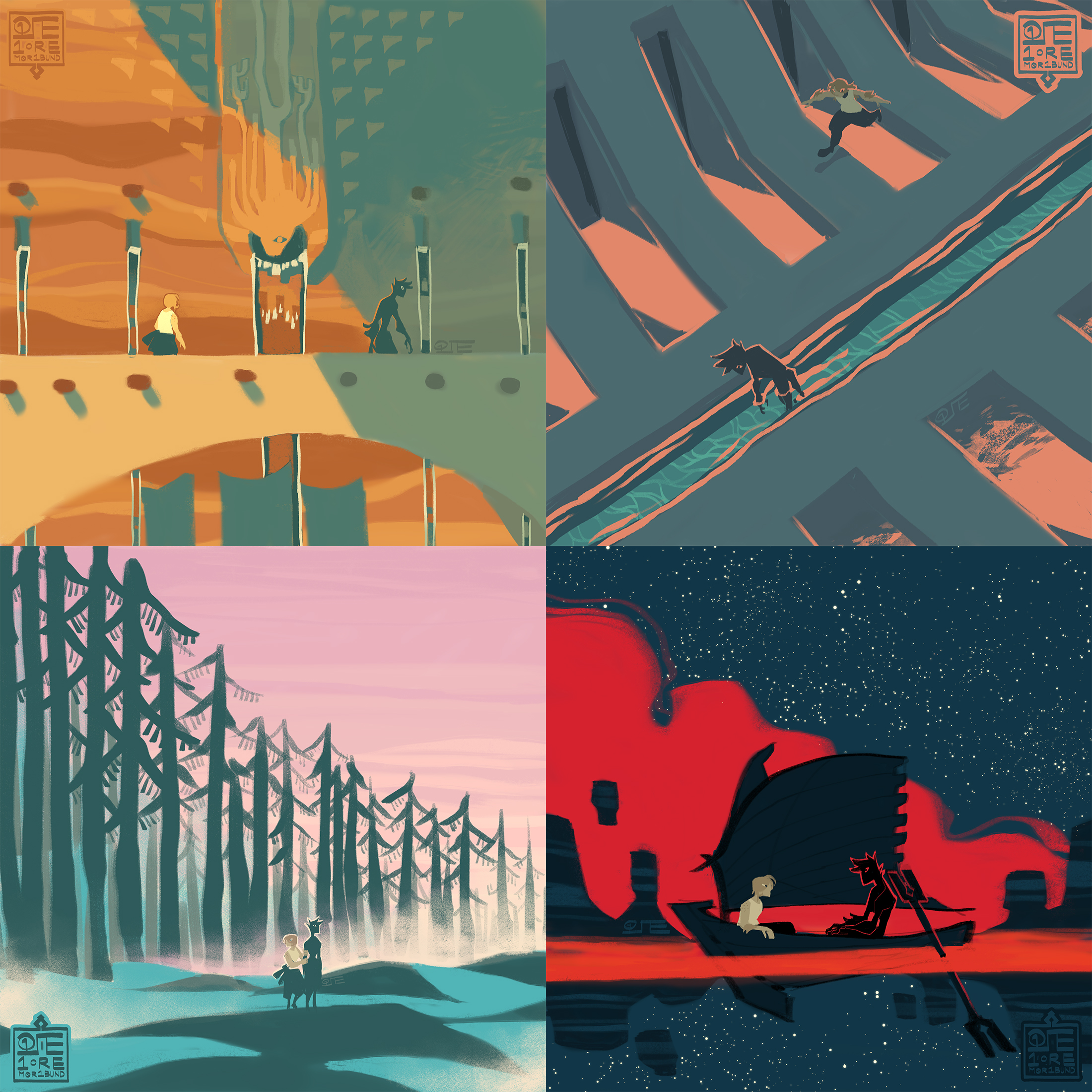 [Long Description: Four hastily painted panels, depicting Brun and Sinuk on the various walkabouts Sinuk goes on when she blacks out. Sinuk seems to have her own inexplicable purposes in mind, rarely giving pause. Brun, on the other hand, is a little more present.

In the first, they cross an adobe bridge with a relief of the drowned god Sentin carved into the adjacent canyon wall. Brun stops to take it in, while Sinuk walks ahead.

In the second, they negotiate with a great subterranean ribcage at Sond, cradling an aqueduct where the spine should be. Sinuk wades through the water while Brun jumps from rib to rib.

In the third, they emerge from the treeline into the ash tundra at dawn. Mist rises off the snowbanks and ash dunes, illuminated by the early sun. Sinuk does pause, this time, arm-in-arm with Brun.

In the last, Sinuk and Brun drift on celestial seas in their windsurfer, somewhere out on the Reen accretion disc. ]

I've been sick and in a mood and largely incapable of anything but feverish scribbling, so, my favourite escapism: Sinuk blacking out and going on inscrutable walkabouts, and Brun dropping everything to take a surprise roadtrip / make sure she doesn't get into any trouble.

“moq ne” is a Sarikote phrase meaning-- quite literally-- “take a walk” or “go on a walkabout.” it's usually used as an expression of exasperation or surprise, but it has roots in the nomadic lifestyle that saved the modern Sarikote people when a thousand-year drought hit high Asthaom. It's popular with their sibling Satikkean diaspora members, as well, who have a long history of displacement because of the drought.