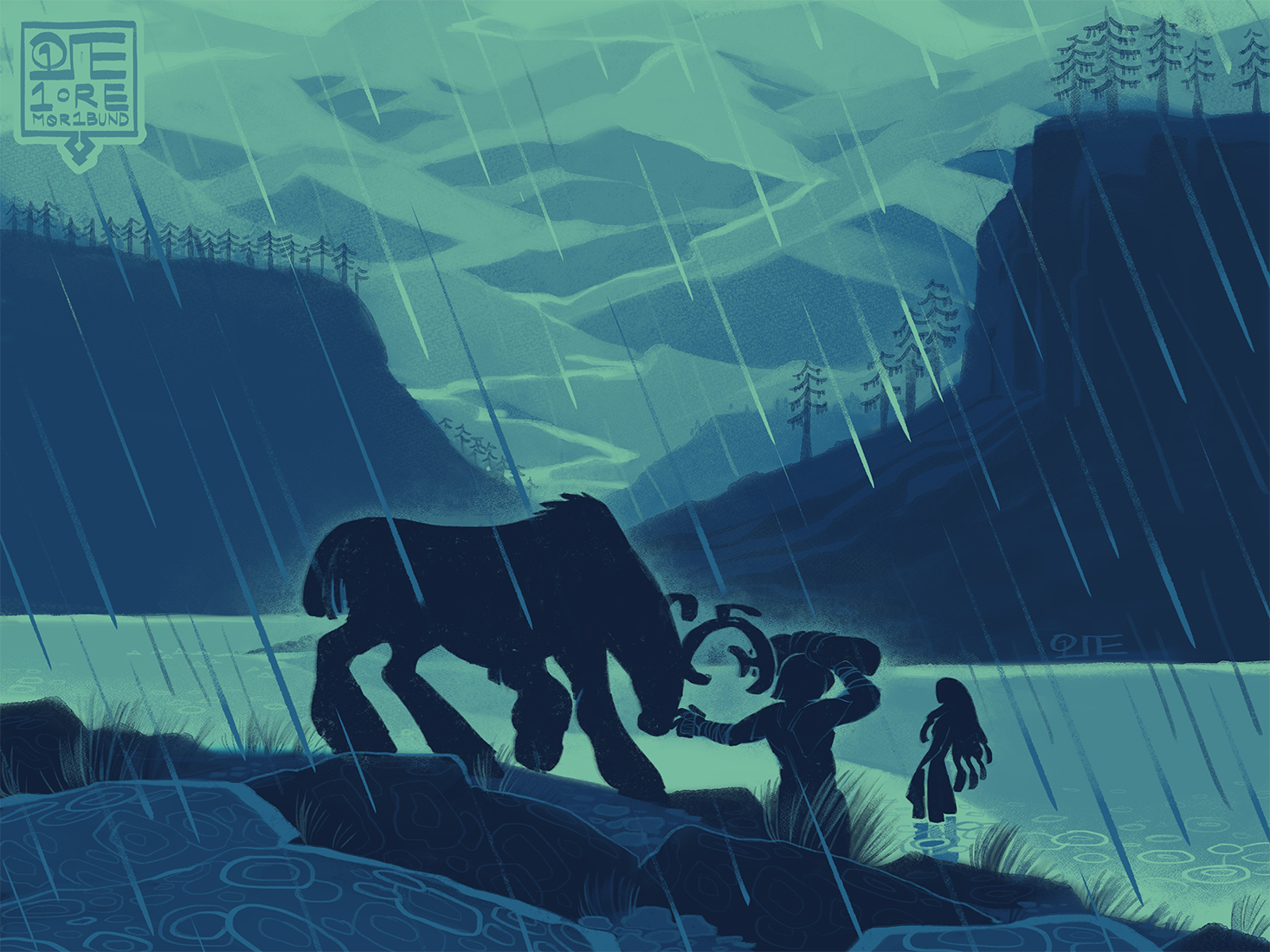 [Long Description: Len and Sentin coaxing a caribou into the waters, as they ford a daughter river of the greater Sonderoan. Heavy rain showers them from above.]

Painting that's been unfinished on my drive since August of last year : -)

The Greater Sonderoan is the principal canyon / river complex that bisects high Asthaom. It's famous for being fed by the eternally bleeding heart of a dead god, but the more "mundane" reality is that much of its water comes from two auxiliary tributaries supplied by snowmelt from the Scaiuq mountains. Don't know what they're named yet, though.