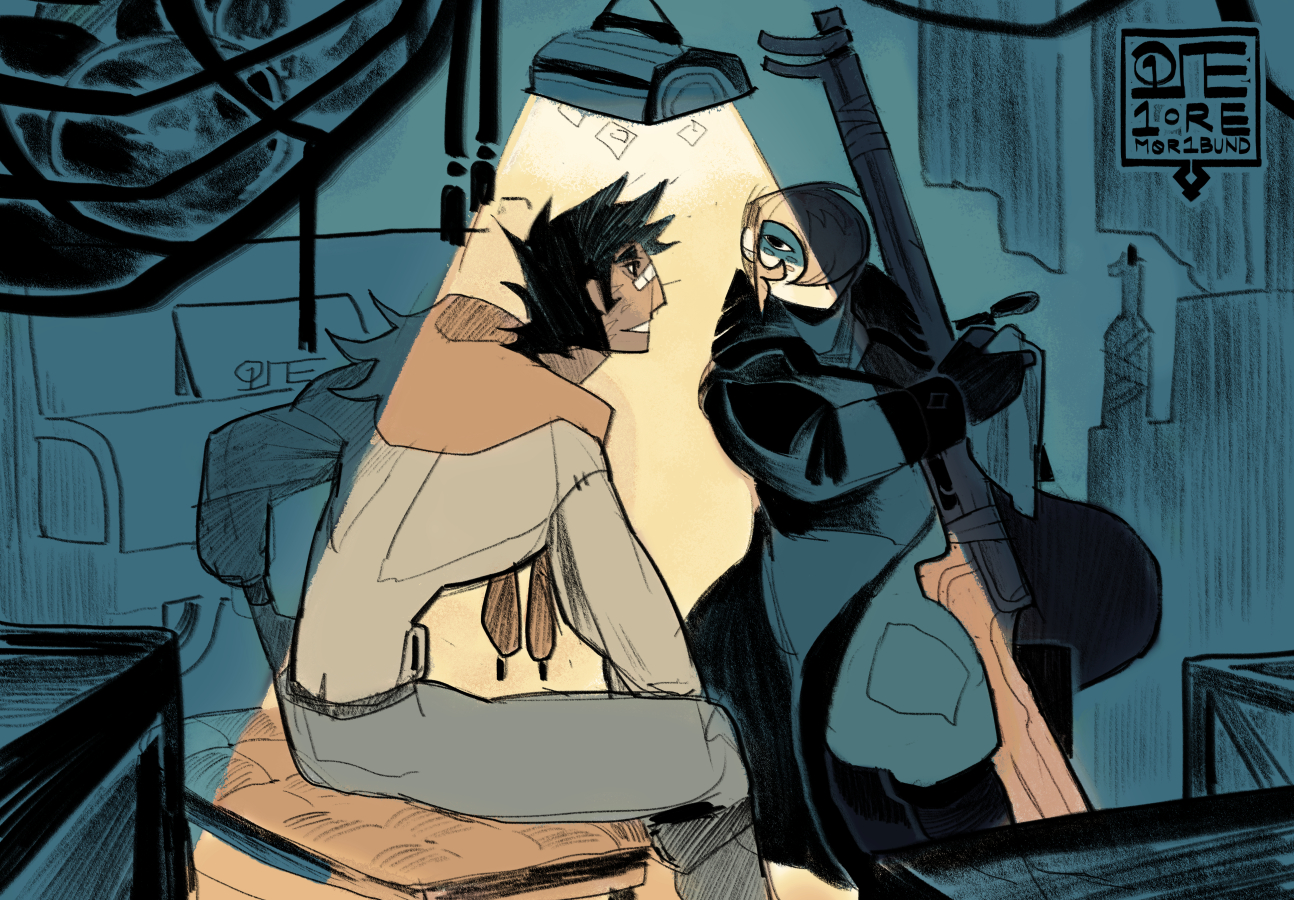 [Long Description: The cramped cargo bay of a ship, after dark. Resident scoundrel and gunslinger Sinuk sits with her legs splayed out on a piano seat, leaning in close to share a soft word or two with deadeye Brun.]

Everybody wanna see you with your hair down
Wanna hear you hit the high note
Wanna know if they can get you for a little less, Girl
I don’t
I know how the stones can fly
Had some hard goodbyes
Call me up, day or night
Free drinks and bad advice

And it's not much, but my money's on you

thinking about thos girls... It's been a while, so I talk about Sinuk and Brun again.

Brun is the Finest Sharpshot In The Local Universe (TM) and glorified cactus rustler. She used to head a cartel, smuggling a holy dye distilled from prickly pear tunas and/or the blood of a dead god. At some point she wisens up and tries to leave that life behind, and is subsequently blackmailed by her ex into continued service of the cartel. Sinuk, meanwhile, is a handsome scoundrel and Notable Nobody who shows up and ruins everything 😉