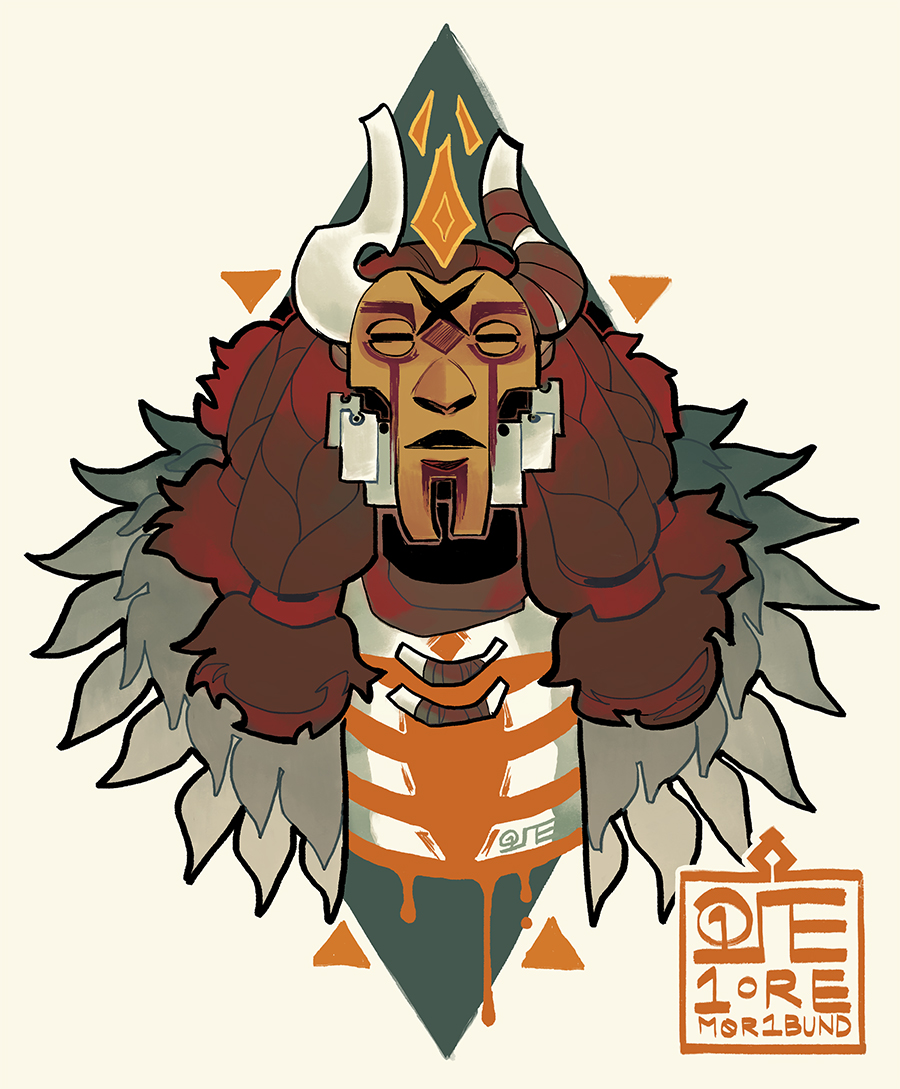 [Long Description: A portrait of Io, the aberrant. They are decorated like a god in some places, but painfully frail and mortal in others.]

Io! Short for Iondreal (yond-re-al) now. You can even call them Io like "aye-o" or Io like "yaw" if you really want to.

The island Mercasor has had some growing pains recently... A lot of the work I've done on it is, like, upwards of five years old. I've felt a real drive to work with it recently (thank god!) but that also means I'm patching holes that are as old as it is (yikes.)

Io is one of them. I lost the spark for their story a long time ago, but I like them a lot as a character so I kept them around. I've recently been coming back around to them and doing some much-needed soft thought about what kind of story is there to tell. I realized I've said very similar things in the past with characters like Versiic and Iunreal, but ultimately lost steam on them for one reason or another. Turns out, they're pretty captivating when you smash 'em all together. Ergo Io, but with feeling this time. (no feeling, actually. they don't have a functioning human heart.)

This piece is honestly pretty premature, in that regard. I hope to have more to say about them at a later date. In the mean time, this is all you need to know about them: 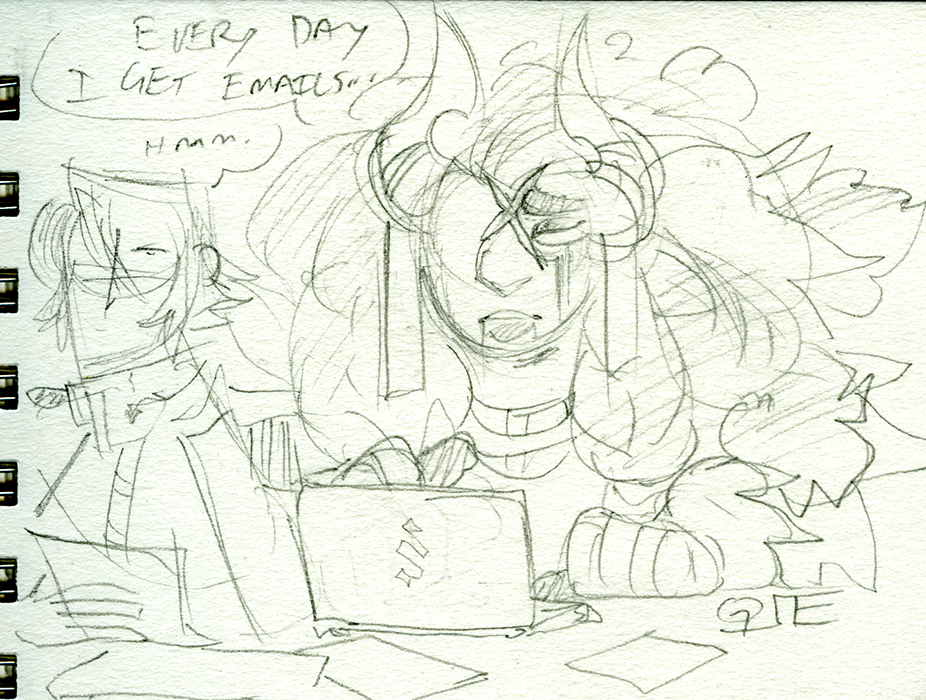