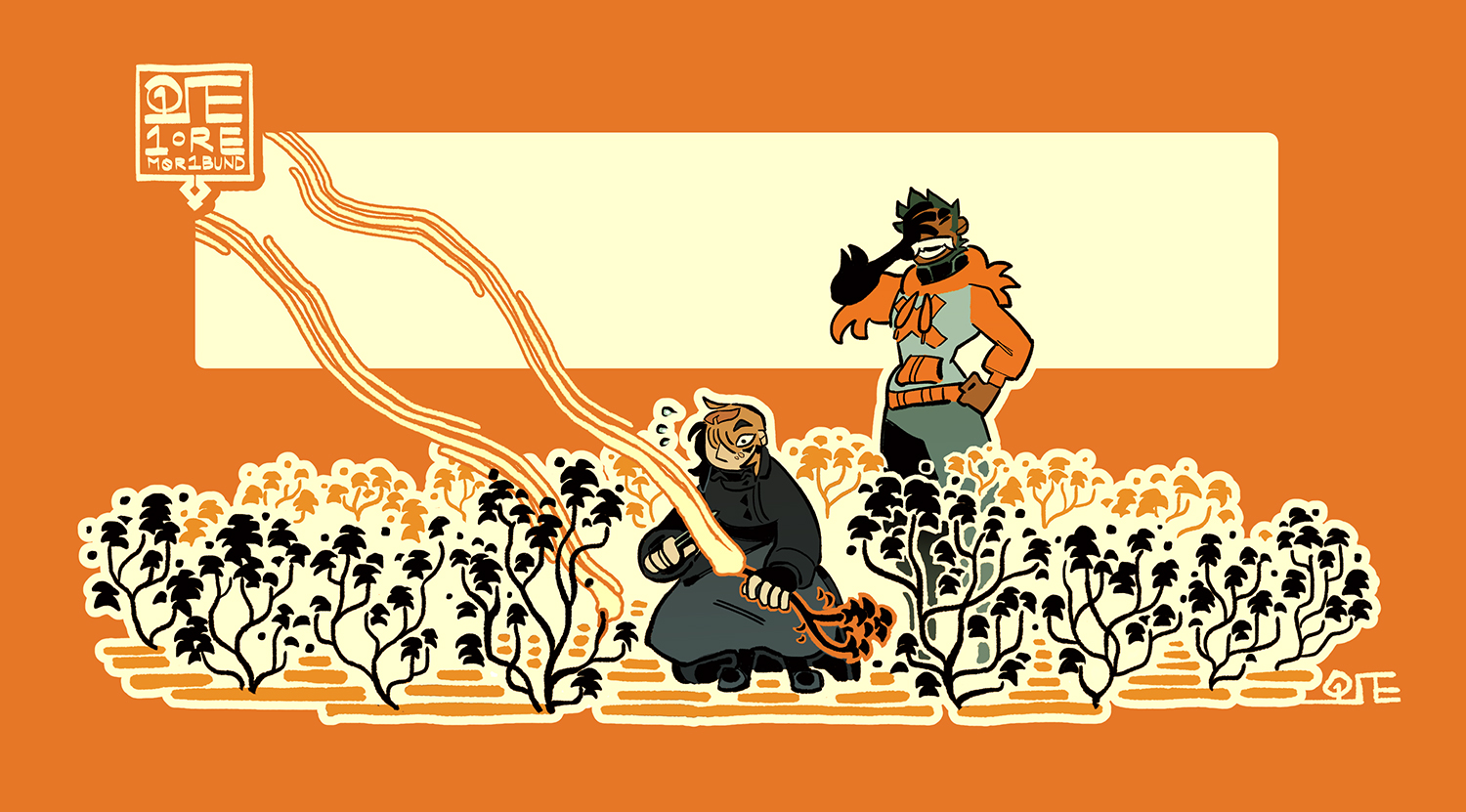 [Long Description: Brun kneels down in the center of a creosote colony, and takes a cutting from one of its branches. It starts bleeding. She blanches. Sinuk stands safely outside the circle and has a good laugh. ]

Brun isn't afraid of the things that Sinuk tells her when they travel out into the Absent North. How to find water, how to watch for flooding, how to treat a snake bite-- those don't bother her. Nor do the things that Sinuk thinks are so basic, so rudimentary that she figures Brun already knows them. Because she's right. Brun isn't a back-country ranger, but years of growing up on the desert Forlorn aren't exactly lost on her, either.

No, it's the things Sinuk thinks are so astronomically improbable that she neglects to ever mention them, until the desert herself interjects as if to say “Oh, Brun, you didn't know?”

Standing in the brush, Brun thinks to herself: 'Of course not!'  How could she? She wasn't raised right. Nobody told her you're not supposed to step into a creosote ring unless you are very naive, or very desperate, or both. Nobody told her that, in a valley pock-marked with identical loops and whorls, one of these rings is unique. Nobody told her what she was stepping into-- Not until she was standing square in the center of the ring, with a pocket knife in one hand, and a leafy shoot, bleeding like a martyr, in the other.

God's blood pours out of the stem like sticky white sap from a milkweed. She blinks, aghast.

“Moq ne.” Sinuk just shakes her head, and laughs. “You went looking for a faith healer and found the whole god.”

Another. Been thinking about King Clone and plant gods lately. Anything in Moribund can be a god-- microbes, plants, animals, etc. Humans don't have a monopoly on divinity or magic.