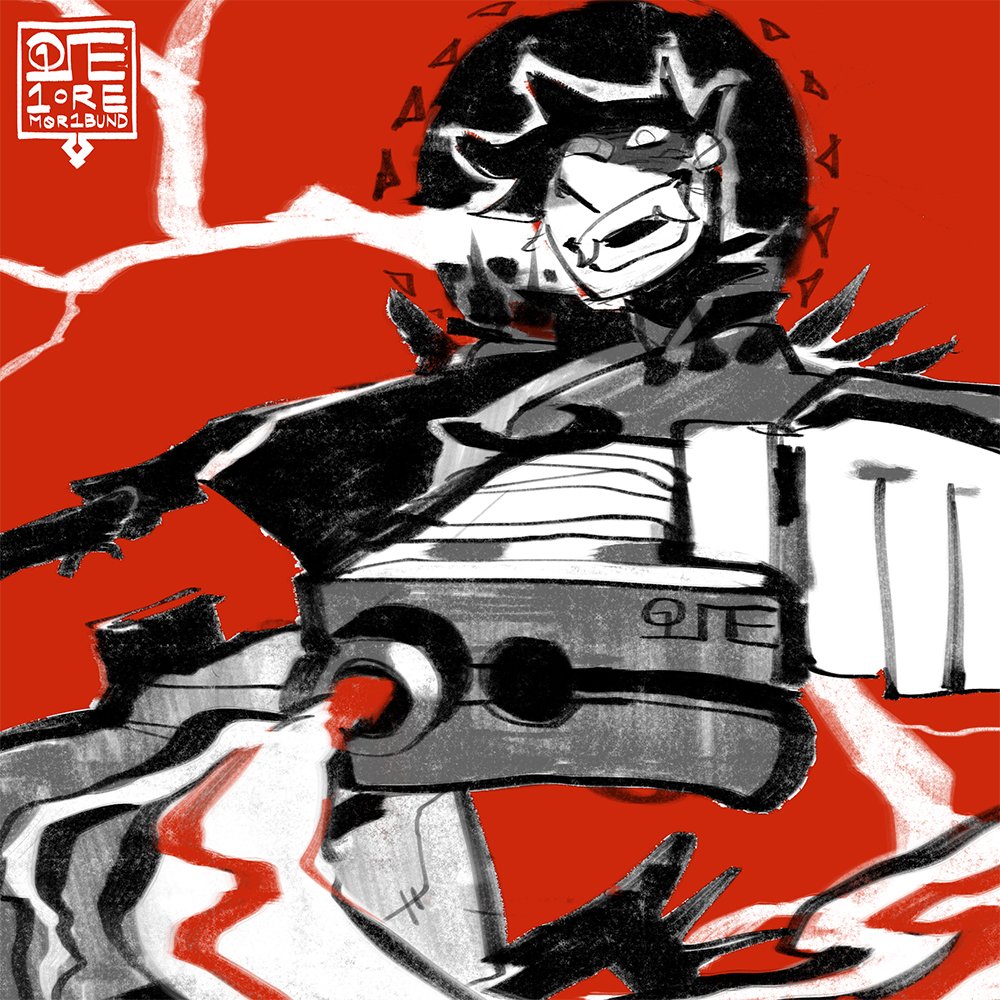 [Long Description: An unhinged 40-minute sketch of Sinuk being-- well-- unhinged. She pops a sick pose in front of the bloated sun and levels a metalock at the screen. ]

40 minutes to midnight, the enormity of the decade ending fell down on me at once, and I realized I could draw anything and it would be The Last Art Of The Decade. So I went into a blood frenzy and drew Sinuk as fast as I could, of course.

Kind of fun, maybe i'll start doing this every year? Dropping the pen at midnight is a little thrill and the messiness of taking as many shortcuts as possible has its charm.