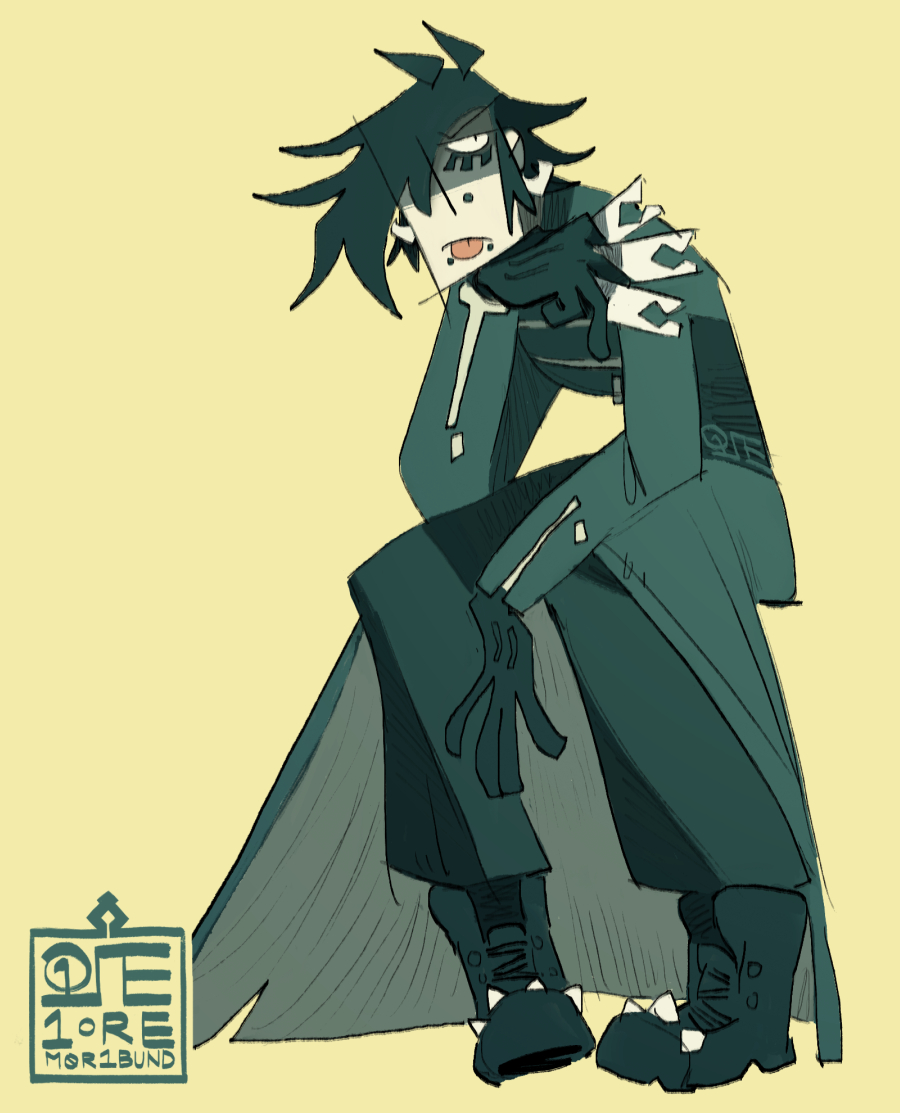 [Long Description: Darrow wearing a huge black overcoat with asymmetrical zippers all over the front. He leans over, flourishing some tarot-like qans between his knuckles dourly.]

I use he/him pronouns with some of these Darrows because he transitions after the events of the story, and this was a realization I did not have until midway through the story, so I’ve been using whatever pronouns match the time scale. Anyway, just clarifying because Brun’s a lesbian and he’s ~trans masc post-Mercasor, he just did the gender a few years after they broke up.