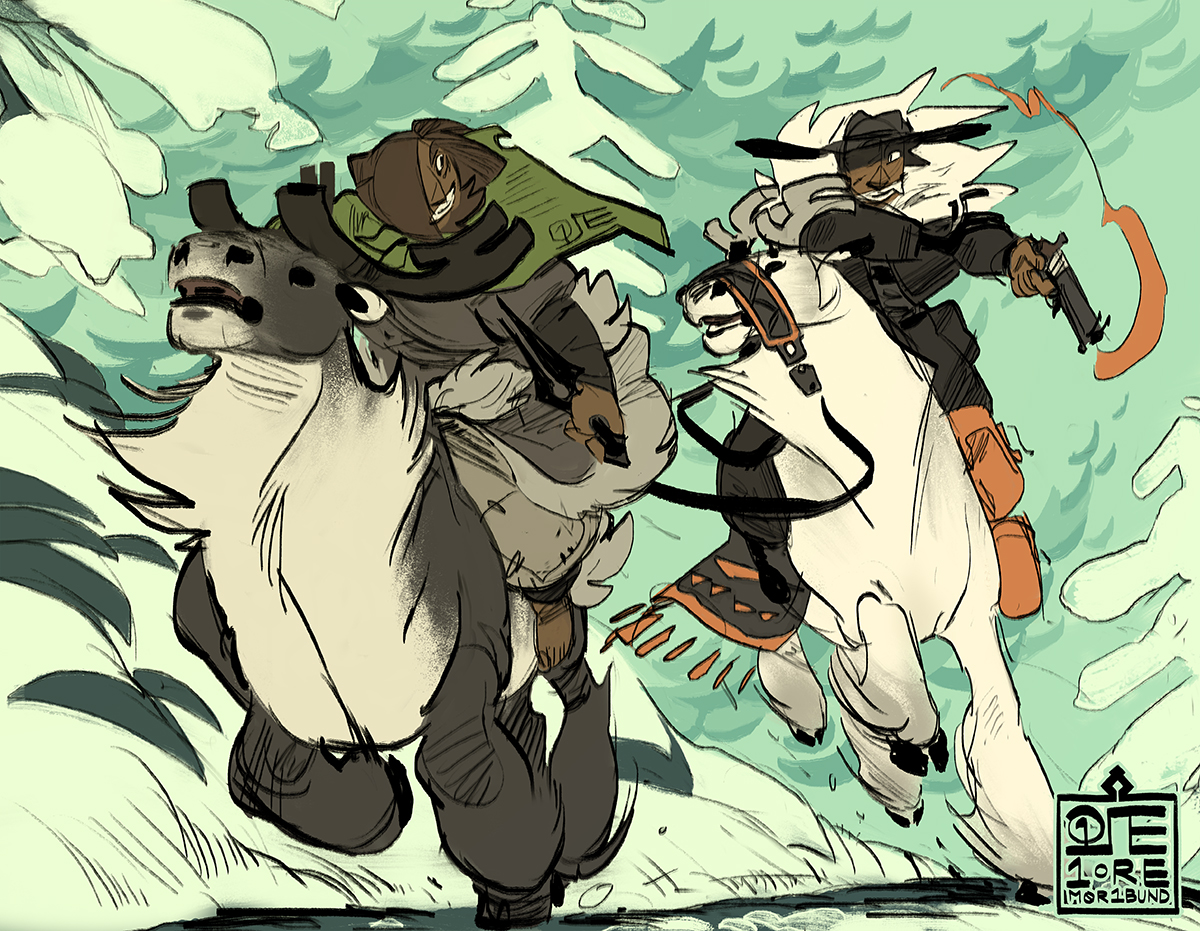 [Long Description: Mukhaillen and Sinuk atop two caribou, looking like a right pair of rustlers as they negotiate with the slopes of Scaiuq.]

like to think Mukhaillen meets Sinuk and gets such a kick out of her he shows her the ropes herding caribou, navigating the scaiun backcountry, and eventually they compete together in kathaomalqut. more on that below because Scaiuq has the best sports :^D

Kathaomalqut is a very old Sarikote sport. It’s pretty straightforward; In spring and fall, a herd of about a thousand head of caribou are gathered at the confluence of the river Roan. Several contestants (kathaomalqunuit) are assigned goalposts, and must herd as many of the caribou as possible towards their goal.

The catch? These goalposts are scattered across the entire Scaiuq mountain range. Championships therefore run for several weeks, and put competing herders to the ultimate test in survival, navigation, and dumb luck.

There’s no single way to approach a win, and not all of them necessarily require you to have the most heads of caribou. One kathaomalqun might rely on rustling and clever sabotage to misdirect another competitor’s caribou to their own post, and be commended for their guile; Another might be set upon by a freak blizzard, through which they emerge without losing a single animal, and therefore win through valor.

In modern days, the spontaneous birth of magic has introduced a new element of metaphysical combat to the sport. I like to think that everybody figured the scrappy greenhorn from Mercasor was going to take advantage of Len’s soft heart and turn teeth on him, but the Atayaska has profound respect for the Beast Out of the East. 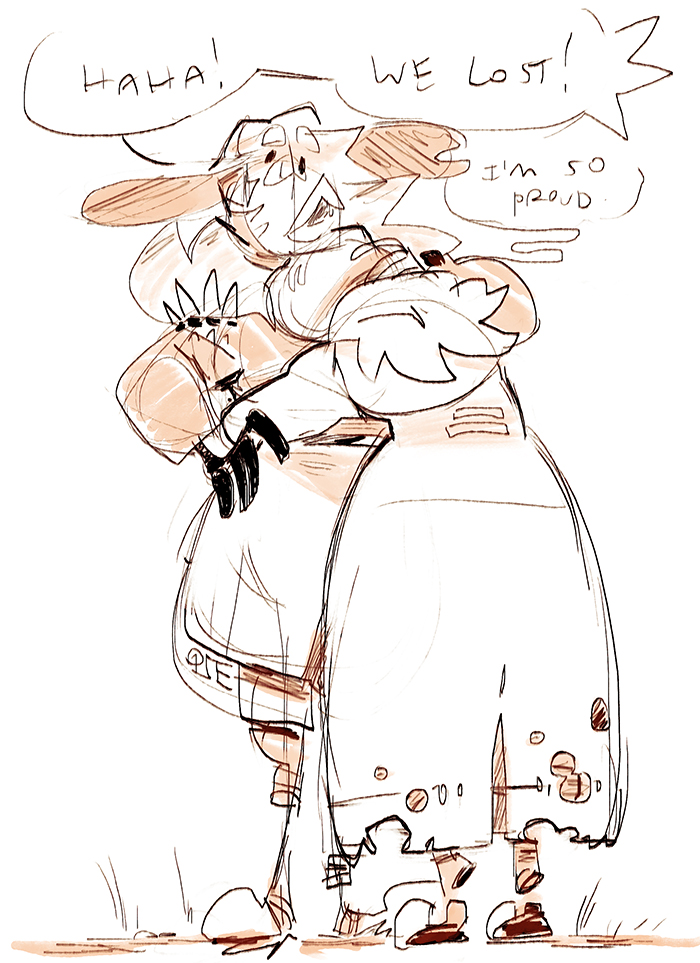