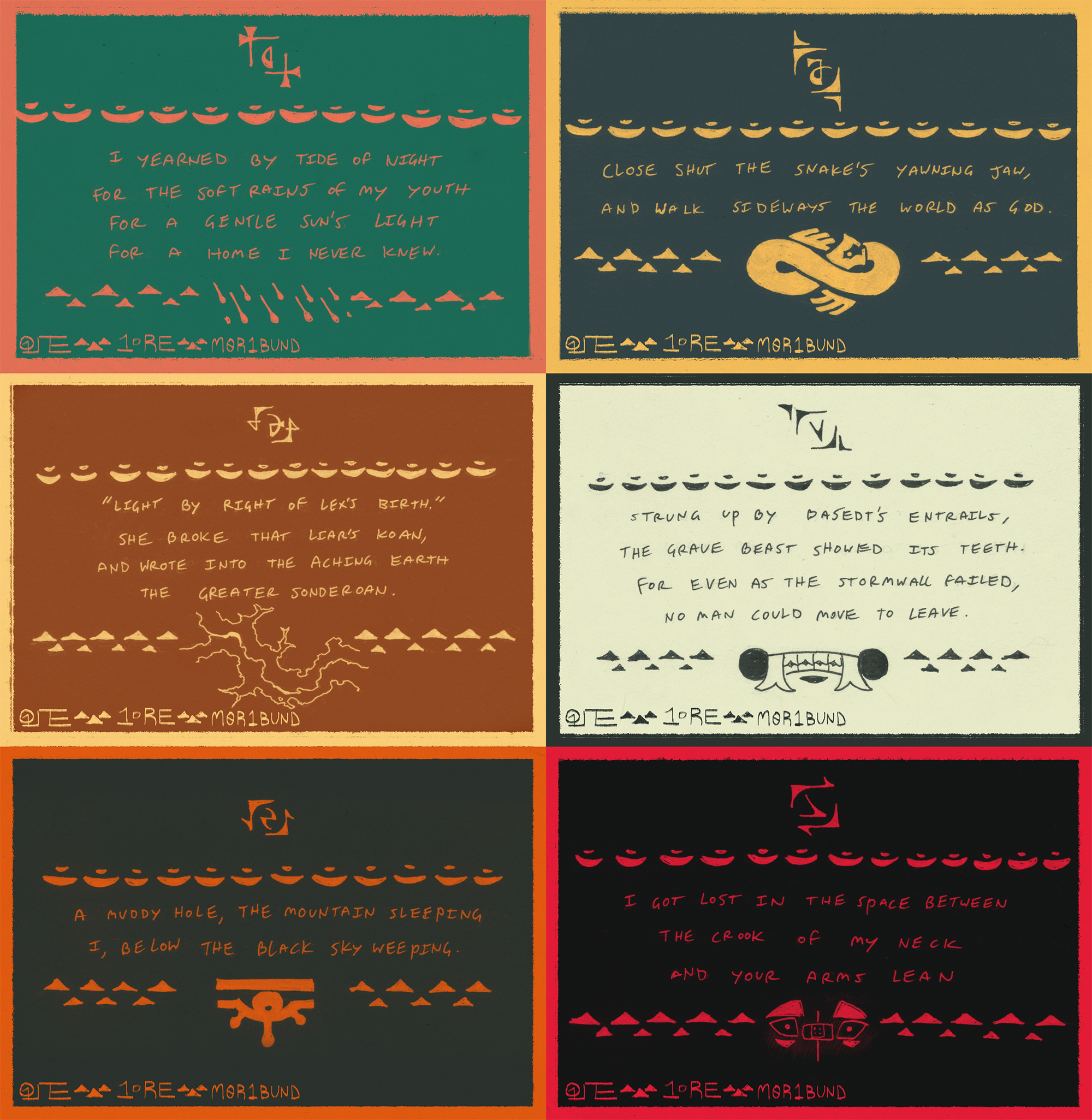 If these seem a little thin it’s because I had to do three of them in one day :’^)

Not much to say here. Lots of longing in the high Asthaom desert.

Close shut the snake's yawning jaw,
and walk sideways the world as god.

[The snake turned on itself endlessly.]

The biggest lie a god will tell you is that divinity is an act of violence.

“Light by right of Lex's birth.”
She broke that liar's koan,
and wrote into the aching earth
the greater Sonderoan.

[The river Roan and its canyon.]

Roan (the person) writing Roan (the river) into high Asthaom. An excuse to extrapolate something out of the phrases “the greater Sonderoan” and “light by right.”

The Sonderoan is the region at the mouth of the river Roan; I think the greater Sonderoan is used for the riparian community that runs the river's length. “Light by right” was an epithet I used for Motu before I found a name for him.

Strung up by Basedt's entrails,
the grave beast showed its teeth.
For even as the Stormwall failed,
no man could move to leave.

The Stormwall is Basedt's holy wall, which keeps out the hateful ash tundra and the terrestrial maelstrom. Inside the wall, time flows normally and the natural processes needed for life can occur.

One of the language quirks in Moribund is that none of the epithets for Cinte are capitalized like a proper noun (i.e. the great beast of all men, god from the disease.) In Basedt, the great beast is relegated to common nouns and euphemisms because invoking his true name (or anything like his true name) is tantamount to inviting him into your house.

a muddy hole, the mountain sleeping
I, below the black sky weeping

Pure imagery that I later got to associating with Sentin.