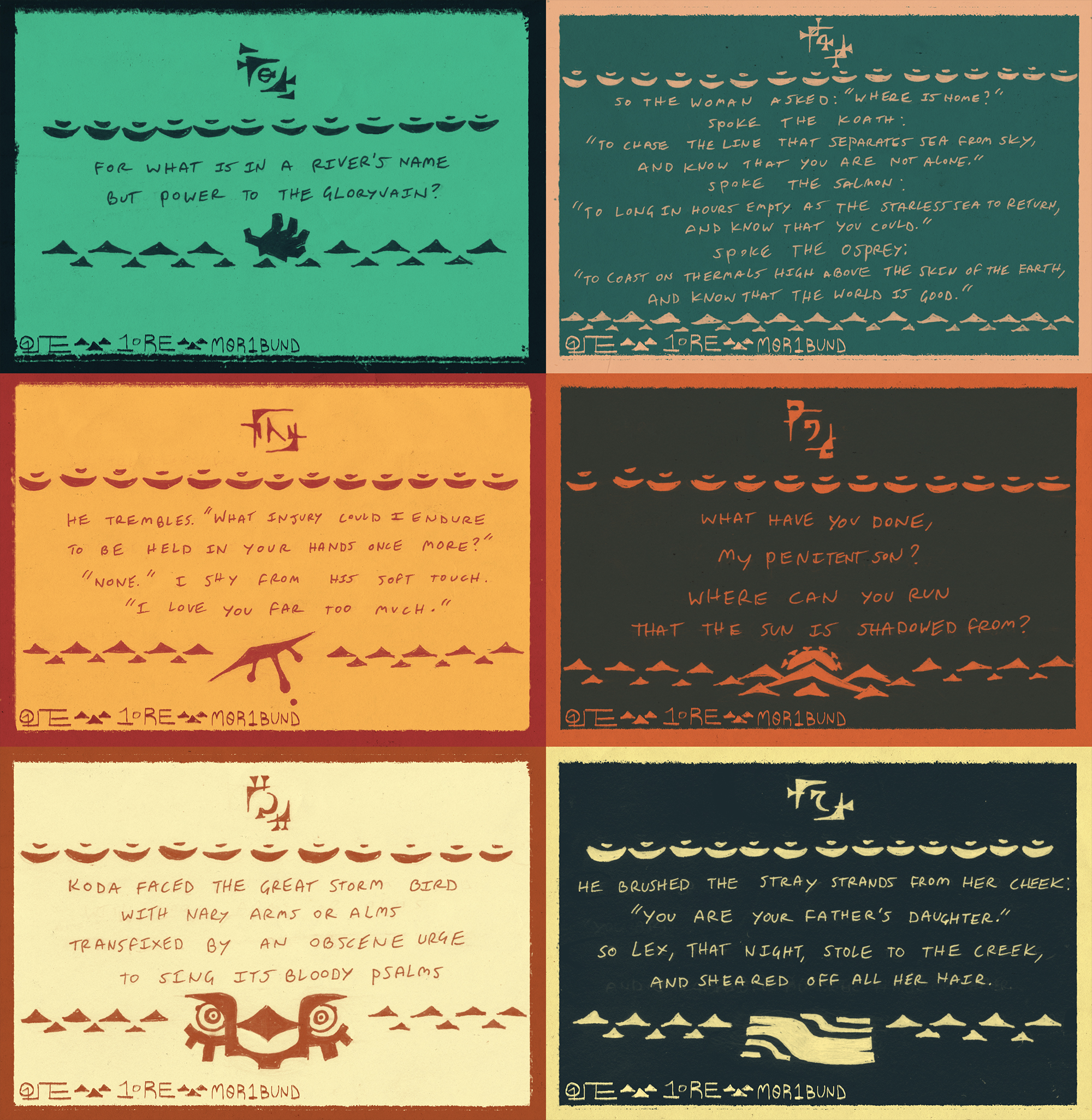 Sorry things are so quiet. Lots of back-end work lately, though I think that’s been true of the past year in general.

[The Satik letter for “OO”]

For what is in a river's name
but power to the gloryvain?

[Roan's hand, reaching out from the ocean black.]

This was just an excuse to use “gloryvain.”

So the woman asked: “Where is home?”

You can hear the sound of me straining to fit this in there.

A conversation between Roan and the gods Koda, Morrigan, and a new fellow I haven't had the chance to name yet. I like to think Roan is actually literally lost, but they are criminally bad at reading her.

He trembles. “What injury could I endure
to be held in your hands once more?”
“None,” I shy from his soft touch.
“I love you far too much.”

An exchange between Dai Hei and Sadren, during the time they spend apart as ex-lovers.

What have you done,
my penitent son?
Where can you run
that the sun is shadowed from?

[The Scaiuq mountain range at sunset.]

Something Motu might say to Hei as he is excommunicated in the foothills of Scaiuq. Scaiuq is seen as a non-place during this time; being exiled there is essentially a death sentence, because nobody who has gone there has ever made the journey back home.

Incidentally, this means nobody would have any idea what actually happens at Scaiuq.

[The visor of Koda's mask.]

A love story, believe it or not.

He brushed the stray strands from her cheek:
“You are your father's daughter.”
So Lex, that night, stole to the creek
and sheared off all her hair.

Roan was called “Lex” in her early days at Asthaom, before she chose the name “Roan” for herself. The same sense of dissociation she feels when she is considered synonymous with saint Lex also caused her to ditch the long hair that resembled the late god's.