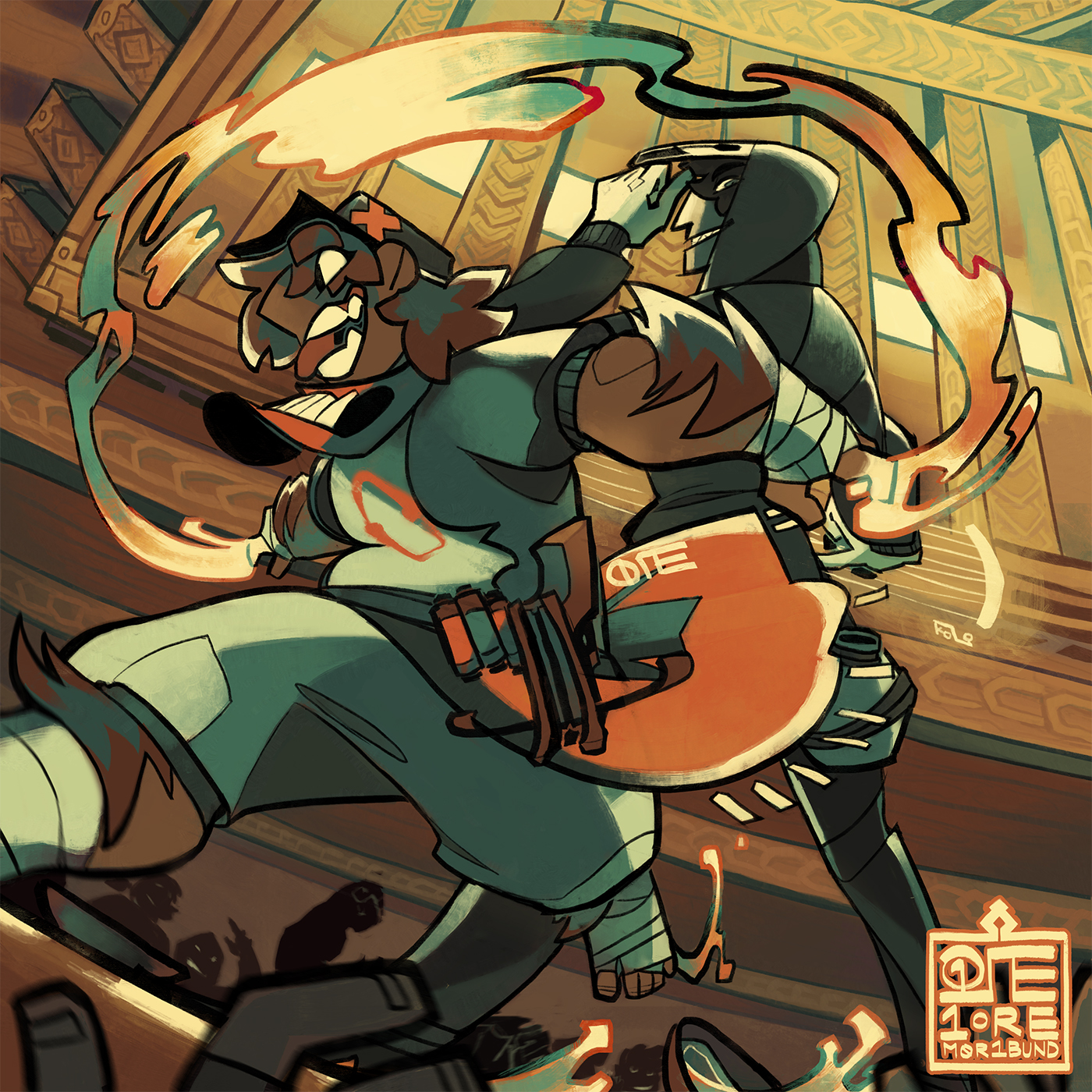 September 3, 2016 (although this was finished much later, I believe)

Seeing Coldplay perform the album ‘A Head Full of Dreams’ live made me realize Ken and M gotta get on stage at least once. They’re multimedia street performers at heart; musicians, mages, painters, and actors in one, but they usually keep it off a stage, keep it open and public.

They’re approached one year by Krissa to open for the music + performance arts festival Canyon F/Hall, and they use it to as the opportunity they’ve been looking for to reach out to Normunt’s immigrant Akiat and Sarikote community, and to bring the rest of Normunt into their common history.

Though, Canyon F/Hall is actually an open-air venue, so who knows when this was.