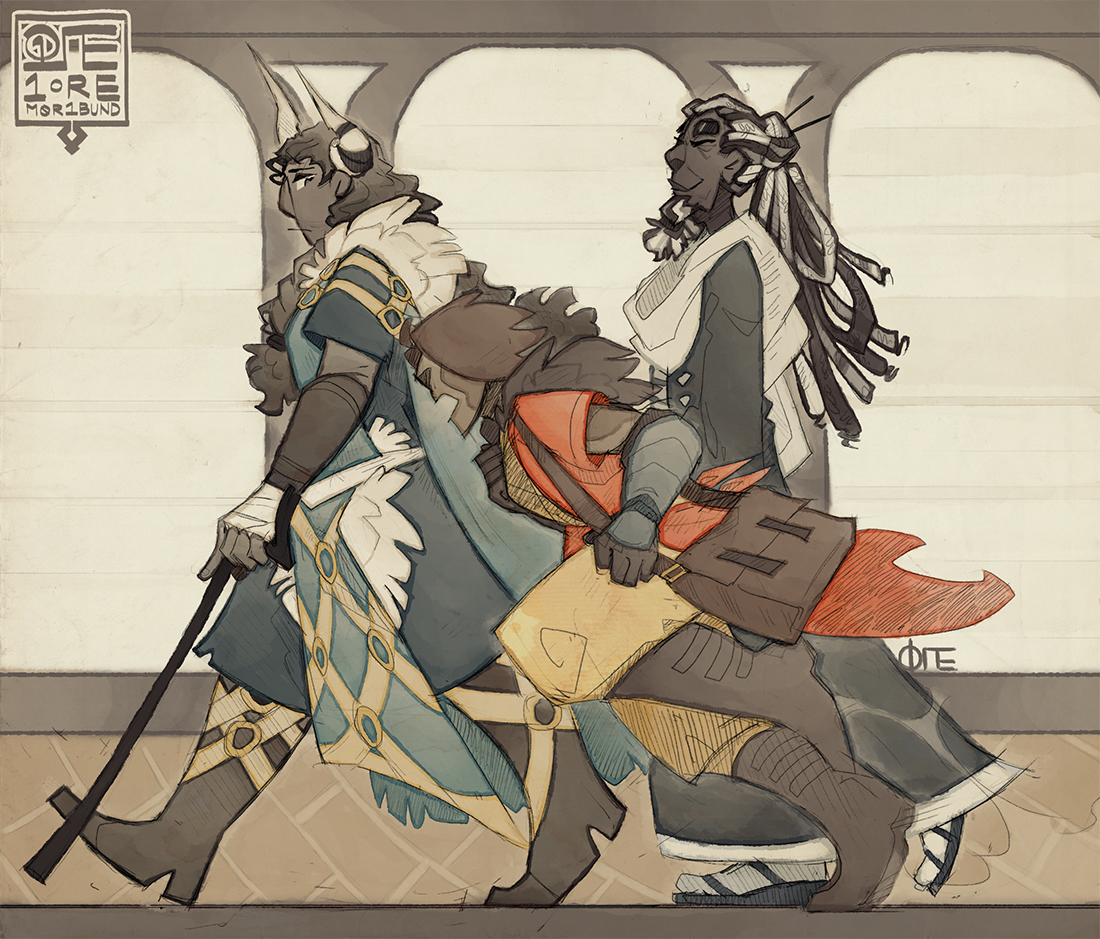 Pictured: The entire court system of Normunt. That's all of them. I would never lie to you.

Io and Sen [left, middle, respectively] are the city Normunt's presiding gods. Io only formally serves Normunt as the god-counsel to its lawkeeping justiciars, where Sen holds no office, but advises them extensively. Both are knee-deep in the city's social and political spheres, though, and Io is openly acknowledged as the grey eminence behind much of its internal affairs. Judge Hawe [right] is a veteran of Normunt's court system, and is well-equipped to weather the physical and metaphysical nonsense that happens there.