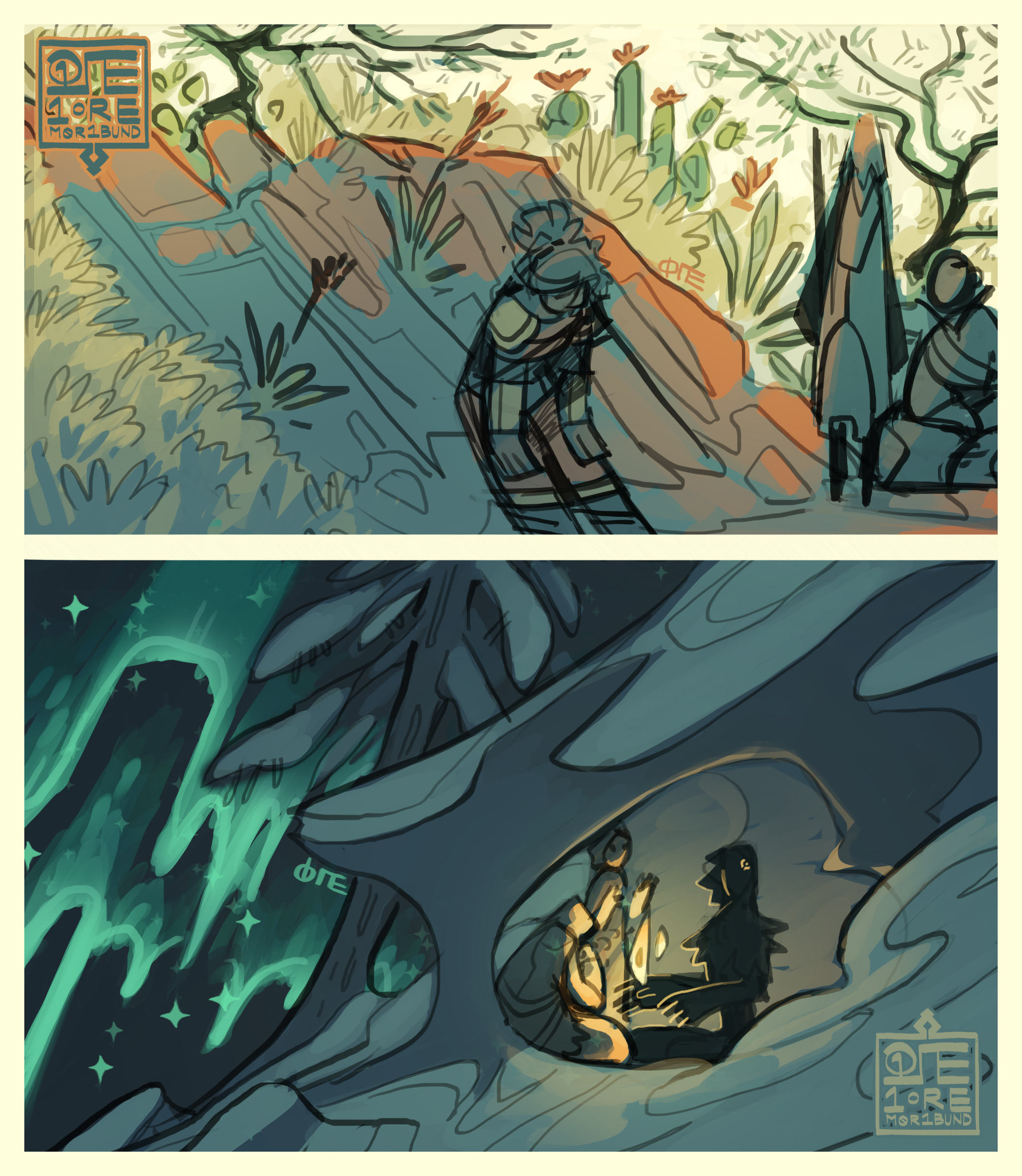 [Long Description: Two panels. In the first, Lex and her clergy find respite in the shade of a mesquite. In the second, Sentin ignites a small flame to keep his clergy warm.]

“Her desert would be fatal without a spot of shade. Not that she would ever admit it.”

“I’m surprised he and his little party haven’t all frozen already, unless they’re even more two-faced than I gave them credit for.”

Another lot that used to be very different. There was a time when I wrote Sentin and Lex as embittered rivals who's clergy often got into (un)friendly spats, but things have changed quite a bit.