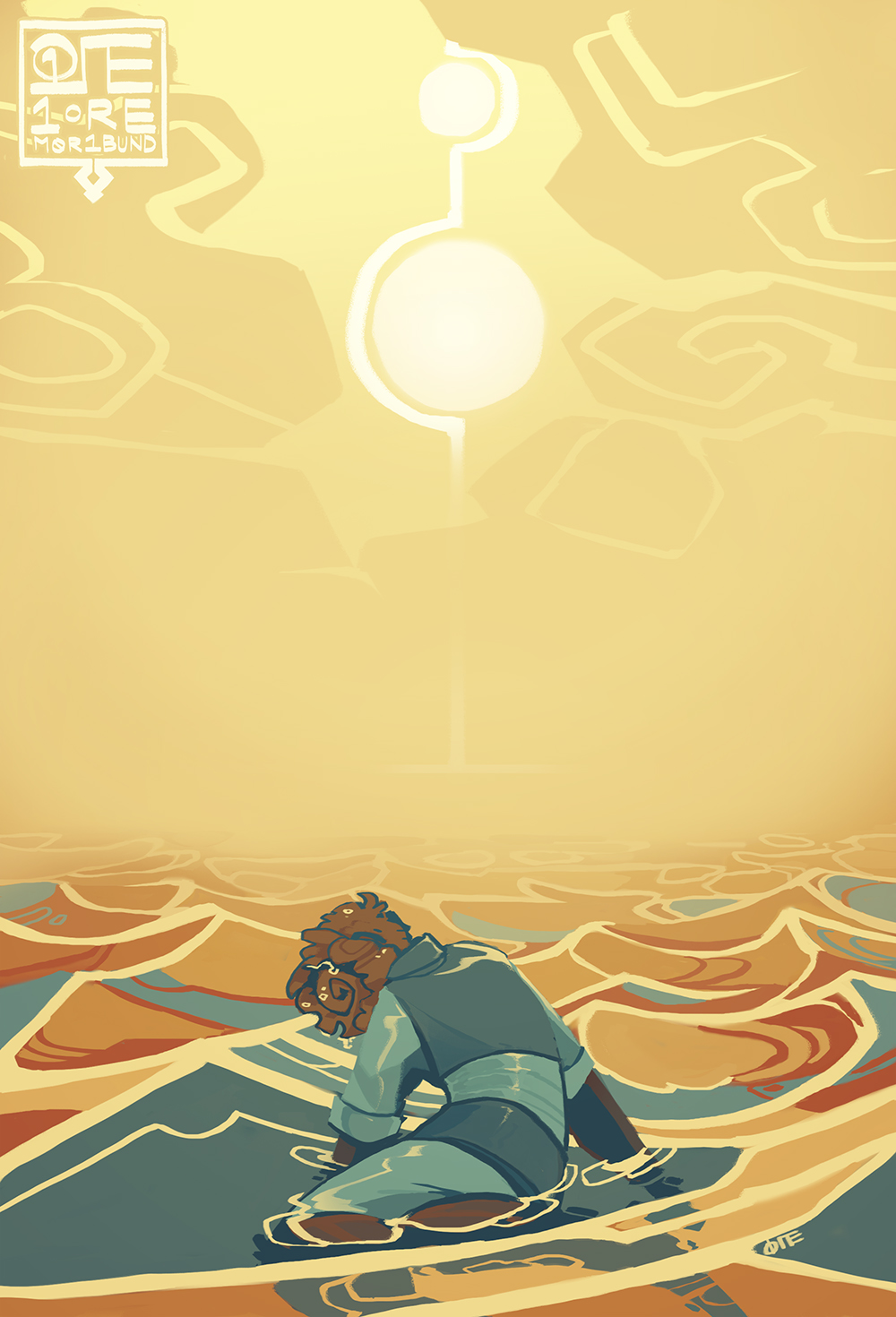 [Long Description: Fidd Les Fai, in shallow waters on the surface of some distant planet.]

Fidd's a god who I'm not wholly sure even exists anymore. He was believed to be quite dead, but was, in fact, some hundreds of years across the known galaxy, hitchhiking his way back home.