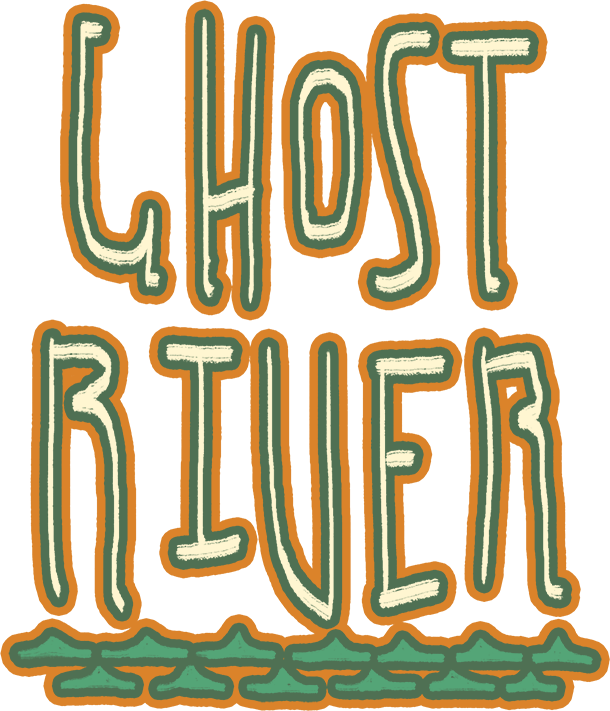 6/23/20: June update : -) The long and short of it: Drafting the Ghost River pitch is done, and I've raised the $$$ needed to start working with a diversity editor. If none of those words have any meaning to you, Keep reading below. If they do, then read the new update here.

2/28/20: Hey! If, for whatever reason, you only keep tabs on this website, then you probably noticed it go dark the past month. That's because... well... I hit a pretty huge snag in Ghost River that forced me to put the comic on pause. This remains, but enclosed below is a formal update on the how and why.

I made a narrative mistake, mostly.

Ghost River (as it currently stands) is predicated on being an “origin story” of sorts for three ghosts-- Dia, Kith, and Val. Most of you probably saw that coming. What wasn't explicit in the text so far is that Kith and Val are written as Yavapai women in my script.

This caused a couple of problems!

First, I realized midway into writing that both of the story's native leads go missing / “die” in a sense, and then are turned into strange animal-like spirits. This, well. It sucks! I really, really disliked the implications for missing indigenous women when I noticed it, and then going on to make them animal-oid ghosts felt like an extra kick in the teeth. Second, I realized this actively undermines many of my themes in the later parts of Ghost River, one of which is learning how to stop being a ghost in your own life. It doesn't make sense for Kith and Val to learn that... and then become literal plant ghosts anyway.

There's a number of other issues embodied in the story as it stands, but I'll leave examination of those for a later date. If you're not sure why the framing of Kith and Val is an issue, I highly recommend reading up on harmful tropes re: the framing of indigenous peoples in fiction. Here's some articles I think are pretty neat: [Native Americans to J.K. Rowling: We’re Not Magical] [“I” is Not for Indian] [Native Now: Contemporary Indian Stories] [the entire American Indians in Children's Literature blog]

Also? Kith and Val are like, really fucking cool. They deserve better, and you guys do too.

I've hit pause on Ghost River. That probably will remain in place for a while, as I figure out how to restructure the story.

My current plan of action is as follows;

The good news is I've had an alternate story in mind for a long time-- one I actually would have preferred to pursue from the start, but which didn't come to me until the comic was too far gone on its current course. So, I'm not directionless here, but I am certain I will be much slower to make creative decisions the second time around. I never gave an ETA on Ghost River installments and, unfortunately, I can give you guys even less of an idea of when this will all occur. A long time, probably!

It's also very possible that it doesn't occur at all, if consultation finds that the story is beyond salvaging. But barring that, I am fully committed to seeing the comic to a satisfying end. It's baby's first webcomic and it's ridiculously dear to me, hahahaha.

In the spirit of this, you might expect some design sales from me in the future to raise funds to hire a diversity editor. I'm nervously excited for this development-- I feel that this is a unique opportunity for growth, collaboration, and for GR to become something even better. In that vein, if you happen to know somebody who is interested in doing that sort of (paid) editing work, and has lived experience with the nations of the Southwest (or is, ideally, a member of one of the Yavapai nations themselves) I would be over the moon to work with them.

What about the current story?

I envision a retcon rather than a complete rewrite, so the good news is that a chunk of it will probably remain. I consider rewriting the rest of the story preferable to the current version for the reasons above, but I understand people are invested in its current form. In the spirit of that, I plan to post a loose outline of everything I had planned for Ghost River in its current iteration, the decisions that led to this retcon / reprisal, as well as all unreleased art. I hope this is a good compromise.

Also-- I wouldn't worry about spoiler content in such an installation. The retcon is shaping up to be pretty different in tone and themes.

[TWWM] What about the esk forms of Kith and Val?

As far as I know, they're on the Masterlist forever. However, I will consider all works of them to be non-canon to both TWWM and Ghost River in my own body of work. I'll be donating their accrued GP to the wellsprings, as well :^B I will probably not post further art of their esk shapes as I think this would be contrary to the spirit of Ghost River.

So, why do birds wipe their beaks on branches? Are they cleaning it or what is that all about

Glad you asked! Yes, it seems to be mainly hygienic. Birds may also do it to file down their beaks, mark scents, or as a “displacement” behaviour-- e.g. a behaviour an animal exhibits when they are bothered or frustrated. This is a little controversial, though. You can read more about that here.

Thank you, and again, thank you for reading and for hanging on during this weird hour. I can't express how much joy writing this goofy little comic and sharing it with you guys brings me.

You may have noticed, but I've kind of had to hit pause on the rest of my internet presence in general, because this semester came for my throat. Everything's on fire this February! That's ok though, I just hope I can get back in touch soon ♥

Whew, okay. A quick but happy update: I've finished the rough draft of the Ghost River pitch. What that means is the story has been outlined more or less in its entirety.

I've also raised the $$$ to hire a diversity editor to look it over at least once (little bit about that in the description of this piece.) What remains is making the pitch coherent and readable to somebody that isn't me, and actually going through the process of working with an editor. Baby's first formal editing experience, wish me luck. @_@

Speaking of which-- I have some names in mind for reviewing the comic, but I'm still looking for a diversity editor / sensitivity reader who's familiar with the Southwest specifically. My general pitch for it has been “A webcomic about two Yavapai hydrologists who get into ghost shenanigans”-- if you happen to be / know somebody who'd be interested in doing paid editing for something like that, I'd be over the moon to hear from you.

And before I close out here... I rumbled a bit about potentially opening design commissions to raise funds for hiring the editor, and I regret to say that will probably not happen for a while (given the windfall above.) I would say it's a possibility for the very distant future, if I need to do another round of editing, but GR's future is still pretty up in the air. I don't want to speak on anything I can't commit to. Apologies for that : -( 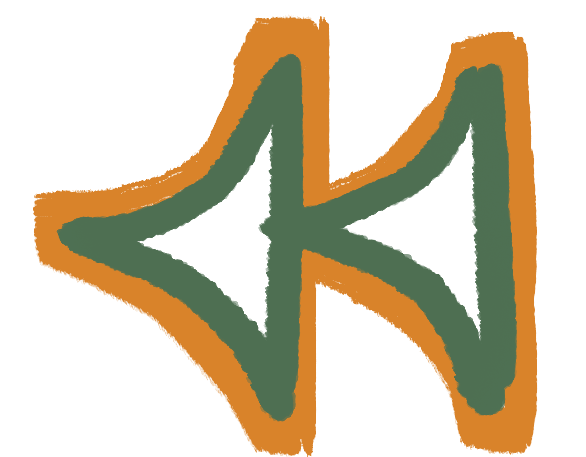 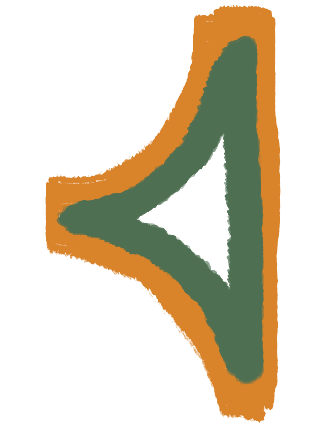