The Mask in Black 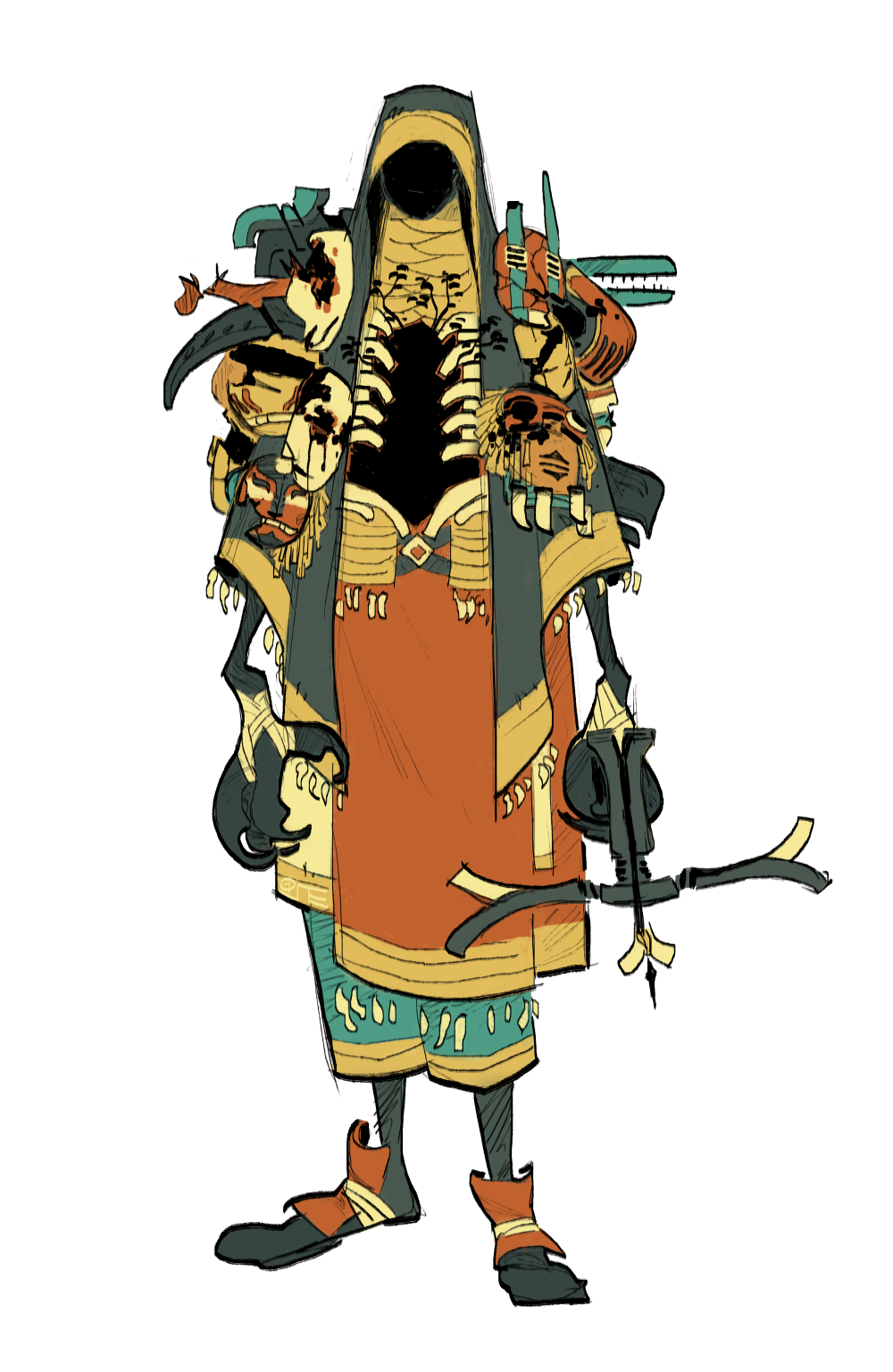 Ah, hlalin, do not fault her for leaving. She did not mean to mishandle your heart so cruelly. In three days' time you will understand why.

On the first day, the Mask in Black appeared to the girl at the banks of the vagrant river. The girl was scrubbing her hands clean, scrubbing her face clean. She startled badly when she noticed the other woman.

“I won't tell,” the masked woman said, staying her with a hand.

“I did a very bad thing,” The girl confessed. It was then that she raised the mangled body of a pakaquoia out of the river, a strange, craven creature of silk and straw. It lay limp in her hands.

“It wouldn't stop,” The girl said, tears spilling out of her eyes. “It just wouldn't stop. It sang and sang and all the words in the song were awful, just awful, like something out of a nightmare. I didn't mean to hurt it. I just wanted it to stop.”

The masked woman knelt down beside the girl, touching her shoulder gently. “Mu piché, it was a bad thing you did, but the river can't wash away what idle hands could mend. Lay her in the water tonight. Tomorrow, I will show you how...”

On the second day, the Mask in Black brought with her needles, twine, and sprigs of brittlebush to the vagrant river. Together, they mended the jagged lacerations and threadbare seams of the girl's pakaquoia.

On the very last stitch, the pakaquoia sprang up in the girl's lap. It opened its great beak to crow, and many things spilled out of its mouth-- Many unkind things. Strange compulsions to hurt itself (to hurt herself) and to hurt others. The girl covered her ears and screwed her eyes shut as it wailed and wailed and wailed.

“What do I do?” She asked the woman, barely able to hear herself over the din. “I yell and scream and cry and beg and it never stops.”

“Hm,” The Mask in Black stepped back from it all, and looked the two of them up and down. “Have you tried singing along?”

“Say something kind, then.”

The girl opened her eyes and looked down at the pakaquoia in her lap, the wretched little thing screaming its head off. She opened her mouth and began to sing, too.

The girl sang of clear skies and soft rains, of burning bushes, thunderheads, and silent peaks. But the pakaquoia crowed louder and louder, until it reached a fever pitch that the girl could never hope to match.

“No, no,” The Mask in Black shook her head. “Not happy things. Kind things.”

So the girl lowered her voice and sang about other things, more bittersweet things. Lonely nights, broken bodies, and violence against herself. The pakaquoia crowed for a time, oblivious to her song, but bit by bit its yawning jaw began to close.

The girl's voice became very quiet. The admission became a confession; she apologized to the creature, to her fathers, countless lexarc brethren, and to herself. The pakaquoia burbled softly, matching her delicate tones. She stopped. It stopped.

The girl looked up to the Mask in Black with wide eyes, tears threatening to spill down her cheeks. The woman laid a hand on her shoulder, and said nothing.

On the night of the third day, the girl bound up the ocotillo door with heavy twine, and barred it shut with her kitchen table. She stuffed rags and laundry into her tiny adobe windows, locked herself in her room and burned brittlebush by her bedside window. After all this was done, she clutched her pakaquoia tight in her arms, covering its mouth and covering her own. All at the command of the Mask in Black. The monsoon rains tap against the sandblasted window. In the patter comes a light clacking, like nails against a mesquite desk.

It knocks at her bedroom window-- the blackened mask.

One must be very lucky-- or very unlucky-- to receive a visitation from a pakaquoia. The Mask in Black must be crossed by every star in the sky, because she claims to have met hundreds.

The Mask in Black is a 'reckonciler' by trade. Somewhere between a therapist, a bounty hunter, and a medium, she seeks out those bewitched with pakaquoia to settle their feuds. She is considered the best (and only) reckonciler in high Asthaom, and she's yet to meet with a pakaquoia she couldn't reckon with. Or any mortal man, for that matter.

But despite her talents, most do not seek her out until their situation becomes truly dire. Visitations from the Mask in Black herself are an ordeal. Her methods have been described, at best, as “highly unconventional,” and at worse as “torturous,” “arbitrary,” and “cruel.”

And this is to speak only of the details her clients willingly volunteer. The Mask in Black is notoriously difficult to trace, prone to restless fits of wandering across the high Asthaom desert. This is only exasperated by a curious tic shared by each of her clients:

When asked to describe the woman's face, in detail, they are rendered speechless. 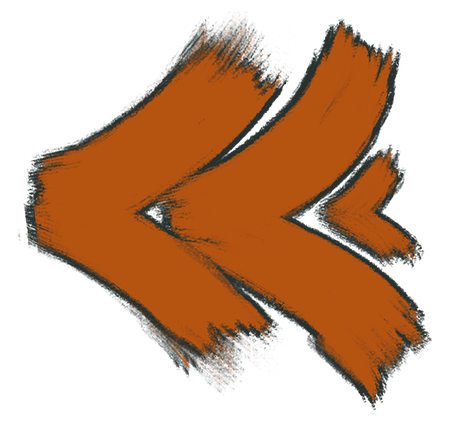 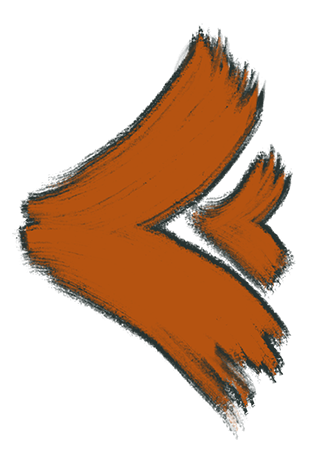 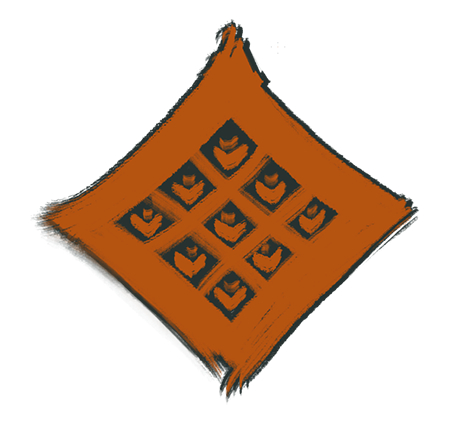 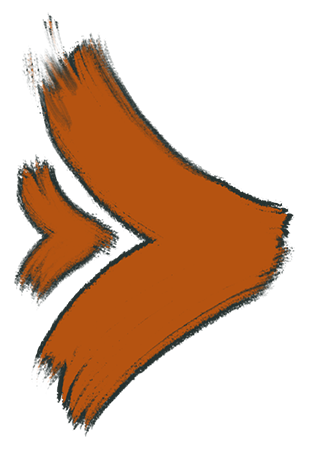 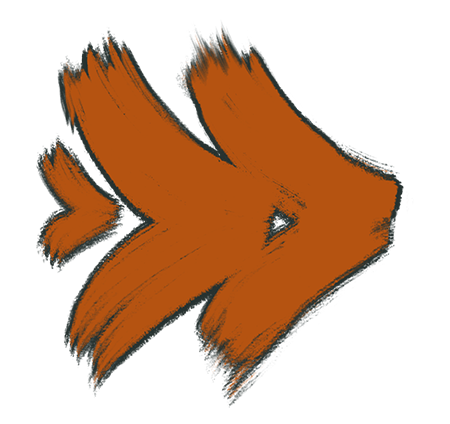